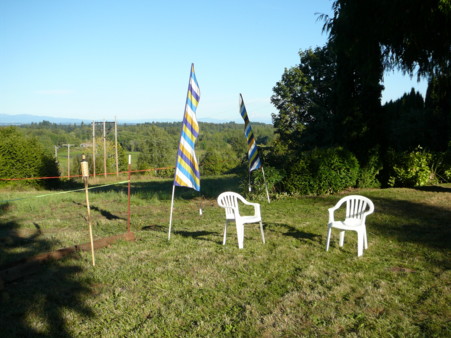 Every year, our neighbors mark the ending of summer with a big party at their place. This year there was a patriotic theme, and I added a few banners to round out the decorations. This pair of “nautical” Spinnakers market the gateway for cars to enter the parking area in the field. 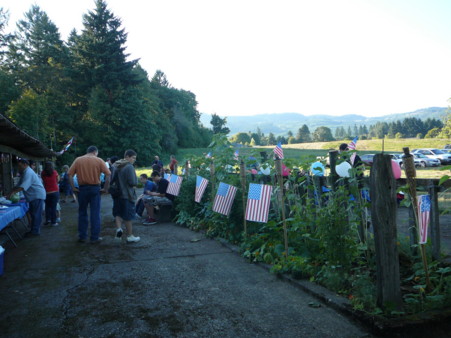 Of course, red, white and blue were the dominant colors of the day. 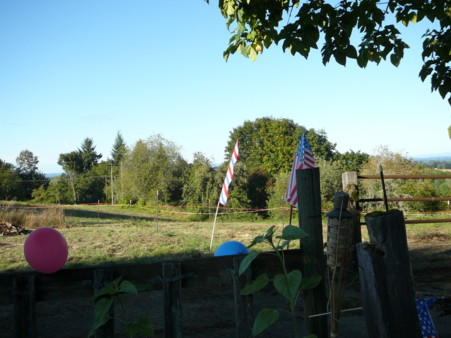 I just happened to have a spinnaker in those colors left over from an earlier project (Bastille Day, in fact, and the French, handily, share our colors). We put it out near the fire pit, where folks would gather later in the evening. 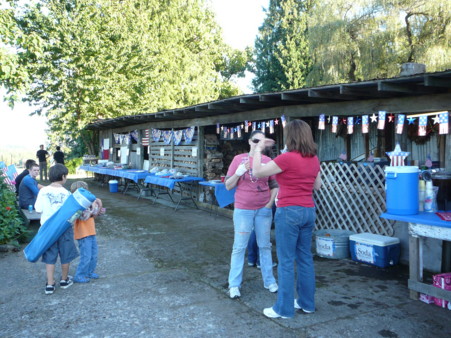 But first, the food. All-American hot dogs provided by our hosts, with potluck side dishes filling that long table in the back to overflowing. I had a sky dancer banner flying from the eaves of that long shed, but failed to get a good picture. 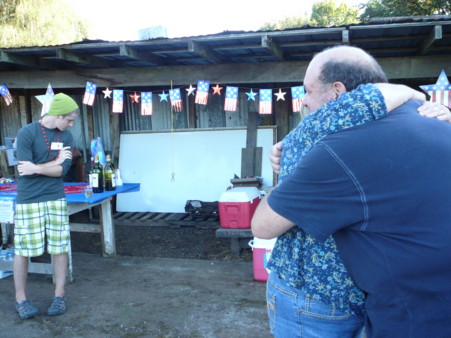 Besides the food, Jim dished out plenty of hugs to go around…the perfect host. 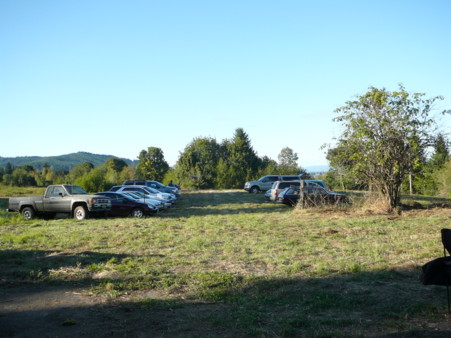 Plenty of open field for people to park their cars, and later to throw down a sleeping bag. Kelly Sue and Jim are gregarious people, and there were guests from every phase of their life together. They were married at one of the earliest farm parties and have been throwing their annual bash for 22 years now. 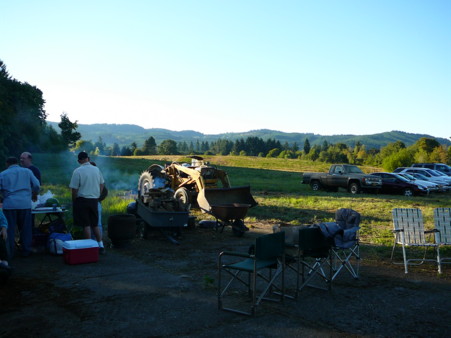 I’ll end with a shot looking out across the fields, with the hills in the distance, but the party went on, ending only after a pancake breakfast was served up the next morning.

5 thoughts on “banners at the farm party”