On my way to Scappoose Sand and Gravel on a fine Saturday, I decided to take a detour to visit our little farmers’ market. 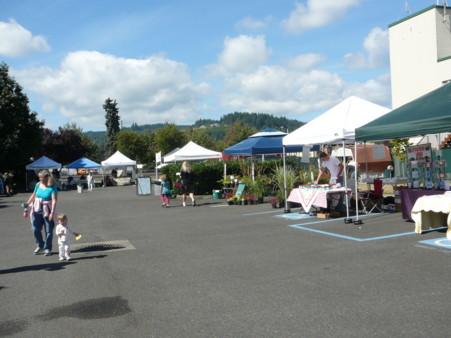 It is beginning to gain momentum, though with a long way to catch up to the big guys in downtown Portland. Unlike its big brothers, it welcomes arts and crafts, making it more like a street fair. I found soap, candles, gift cards and knit caps, in addition to the veggies I was after. Plus, this is one of the few venues (the other being the HPSO sales) where you can see and buy plants from Jockey Hill Nursery. The market looks almost deserted in this picture, but I had to park a few blocks away. 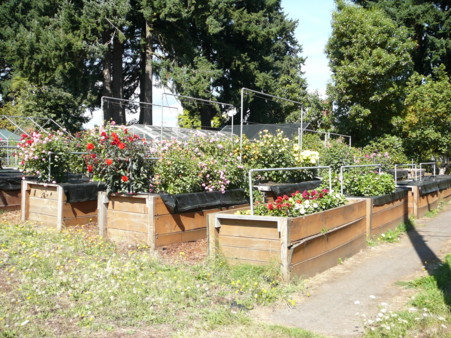 And look what I discovered. There were 37 of these raised beds packed into a corner lot, growing veggies and flowers to be sold at the market and elsewhere. 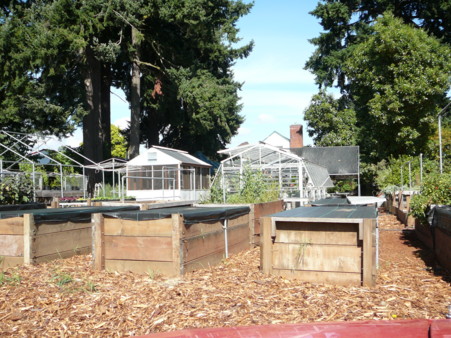 Back there behind a row of the planting boxes were some shade houses and a greenhouse. No one was around to ask if I might go back there for a look-see. With great difficulty, I resisted the impulse to trespass. 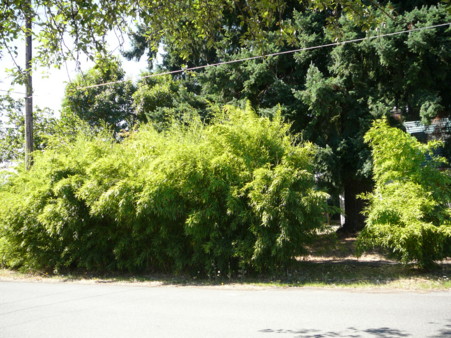 Someone came up with the idea of planting bamboo in their parking strip. Seems like it should be contained, surrounded by concrete on all sides. It didn’t look like any was popping up in the lawn on the other side of the sidewalk. 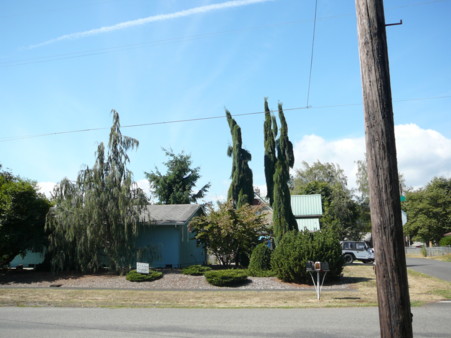 There was a sign giving credit to the company that maintains the landscaping for this property. I couldn’t tell if it was commercial or private. The lines get blurred in the little town of Scappoose. I always thought of the weeping giant sequoias as fairly exotic. Guess I will have to reassess either that opinion or the town, which has seemed like the perfect embodiment of funky, podunk small town America. 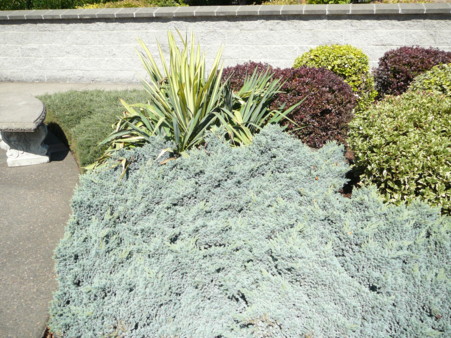 Now here’s an example of two different aesthetics banging into each other. A little memorial garden is filled with shrubs aggressively pruned into low cushions. But a brash yucca is crashing the party as if to say “Look at me! Pay no attention to those old fogies. I am the future!”