The fiery, spectacular Susan Hayward won an Acadamy Award for her performance as a condemned killer in a movie of that name. My reference is considerably less grisly. 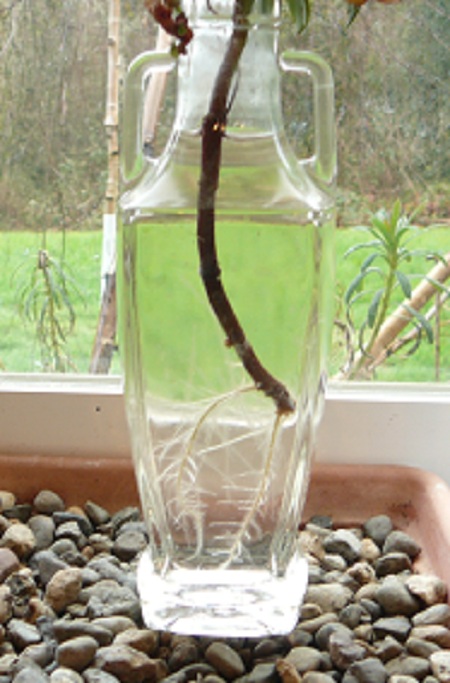 Usually, when I trim back succulents before moving them inside for the winter, I just stick the pruned sprigs into potting soil and let nature take its course. This piece, however, broke off of the Kalanchoe fedtshenkoi mother plant when I was moving the pot around. Since I have a hard time throwing away any kind of plant material, I put it in water on the windowsill. See those roots beginning to fill up the bottle? Looks like these things will grow no matter what is done to them. 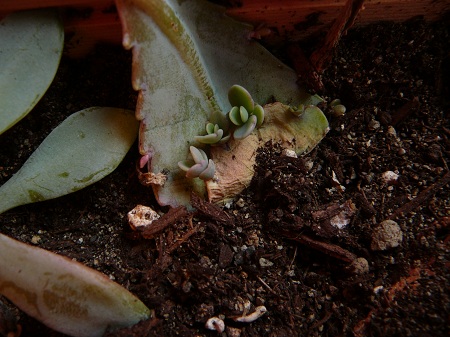 Need further proof? Here’s a leaf from that same plant. It cracked horizontally and then fell into a nearby pot with exposed soil. There are new little plants forming all along the crack. 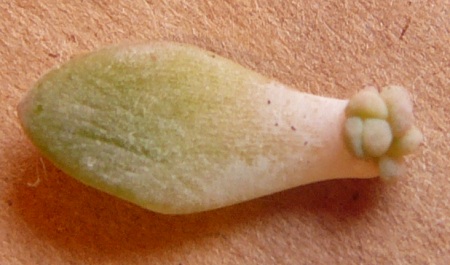 There are two sedums that are quite similar. Both form long stems packed with fleshy leaves that trail over the edges of their pots. Sedum burrito, or Burro’s tail, has rounded, very plump leaves which cling to their stems fairly tenaciously. Sedum morganianum, on the other had, has slightly more pointed and slender leaves which fall off at the slightest touch. Each fallen leaf can become a new plant, as is beginning to happen in the above picture. The new plant draws strength from the reserves in the fallen leaf. By the time nothing but a flake is left of the leaf, the new plant will have sent down roots and be well on its way. 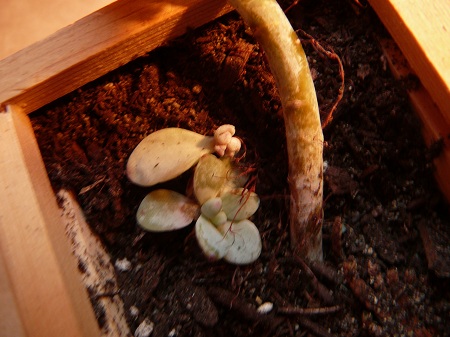 Don’t you just love it? 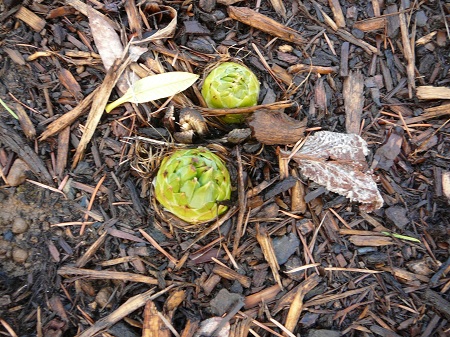 Meanwhile, out in the garden, each Eremurus ‘Cleopatra’ that I planted last year is sending up at least two, and in one case five, new shoots. I am feeling compensated for the things that may not make it (too soon to give up on anything quite yet, but it’s not looking good for quite a few things that used to be reliably hardy here).