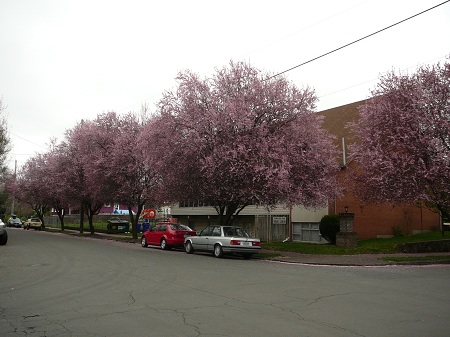 All over town, the trees have donned their Easter bonnets and are letting us know in no uncertain terms that Spring is indeed a fact of life. 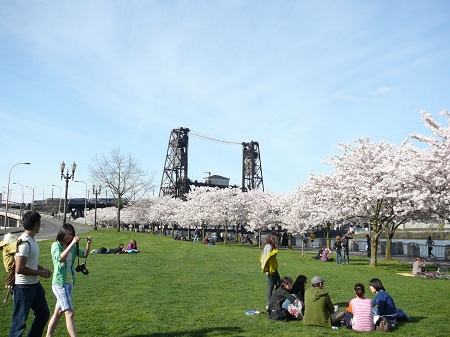 If I were called upon to judge this Easter Parade, the prize would go to this long line of beauties stretching along the west bank of the Willamette River. I especially enjoy the contrast between their pouffiness and the industrial look of the Steel Bridge in the background. 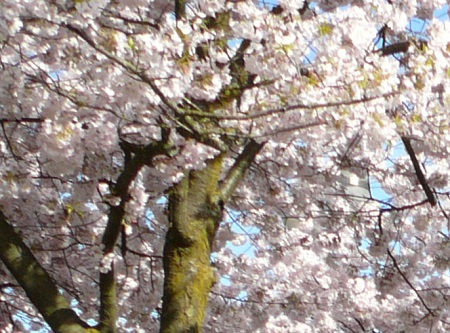 At close range, one is enveloped by a scent that is at once forceful and yet as delicate as the blossoms. 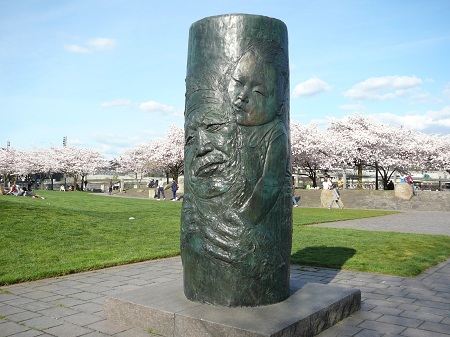 But let’s back up and enter the park as was intended. We are greeted by this column with a bas-relief of a Japanese elder carrying a child, the first clue that the park is dedicated to those Americans who endured internment camps in wartime. 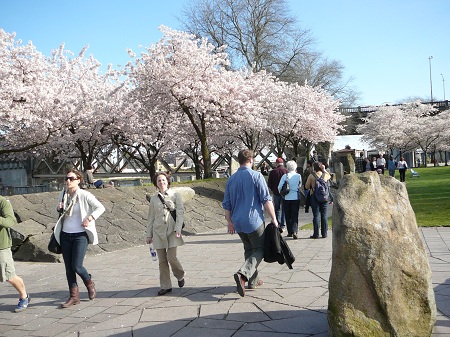 Natural boulders are set into the courtyard, each incised with a poem or statement honoring them. 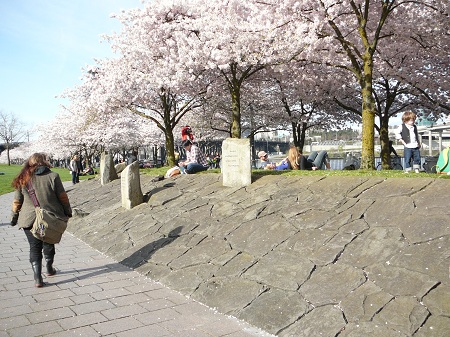 With more of the same all along the embankment. 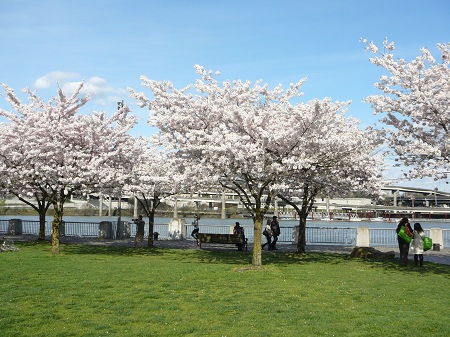 See that patch of blue sky? We Portlanders do not take such things for granted. People were out in force, lolling on the grass, strolling along the river and grinning ear to ear. Gotta jump on it when we can, because tomorrow, it will surely rain. 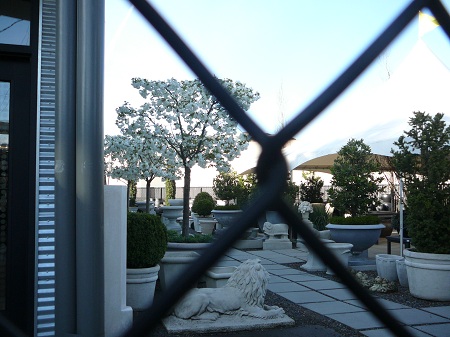 On the way home, I spotted these fluffy trees in huge planters behind the chain link fence at Bedford & Brown. This is the place to go if you are in the market for estate scale pots and statuary. That would not be me, but I have to stop by to gawk every once in a while. 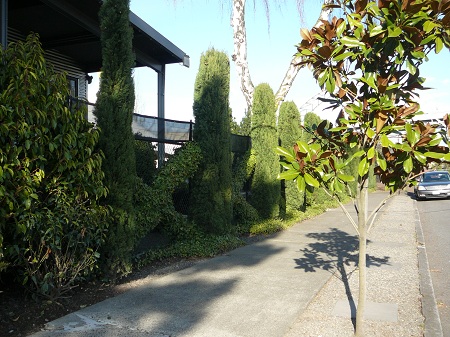 This shot was taken looking down the sidewalk in front of Bedford & Brown. The street trees are magnolias. 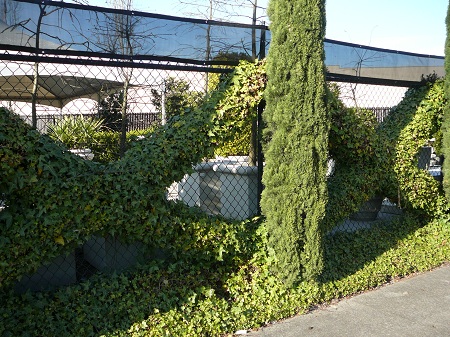 Here’s a closer look at the arborvitae that march along the fence at regular intervals with ivy growing on cables to form those cross-bars in the spaces between. I think of this as a striking example of the use of mundane materials to create a fine effect. Heck, the chain link fence even works, because it allows us to peek into the sculpture yard even when the place is closed. A disclaimer about English ivy: it is deadly in the wild, but you can see why people like it. This composition filled in from a scrawny beginning in something like 3 or 4 years. They keep it closely trimmed, so it is not about to produce the berries that birds might drop in Forest Park to eventually strangle the trees there. Have you any ideas for an alternative plant that could substitute for the ivy here? If we want to stamp out invasive English ivy, we will have to think of something.