The focus shifts from searching far and wide for something to show to editing out all but the most photogenic of the bloomers in the garden. Not that they are not beautiful and garden-worthy, it’s just that the camera (or the person behind the camera) is unworthy. Anyway, here are a few of the stars in my garden this month: 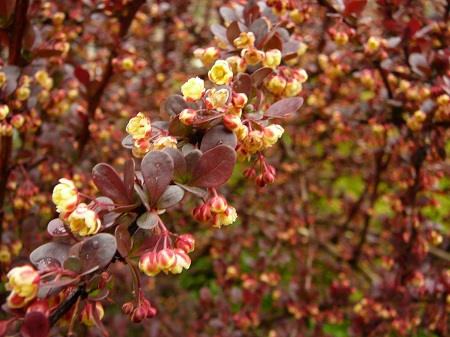 A plain old barberry might seem like an odd choice to make the cut, but let me explain. This one, Berberis thunbergii purpurea arrived as one of two tiny little whips of plants from one of those cut-rate catalogs. They grew so vigorously that I was seduced into ordering other things from the same source with far less success. Those catalogs now make their way immediately to the round file. Still, the barberry shrubs came to dominate their border and surprised me with a profusion of tiny flowers. 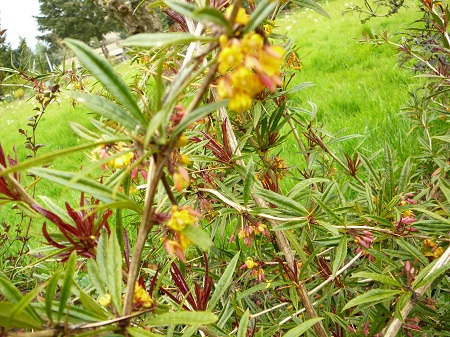 At Dancing Oaks Nursery the Barberrys shed the cloak of contempt that so often obscures their natural charm. I left there with this Berberis replicata 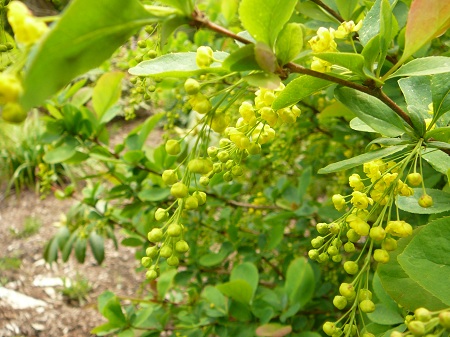 and Berberis jamesiana. Purchased in 2007, they are just coming into their own. Jim here bloomed for the first time last year, but only sparsely. I take the plentiful blossoms this year as a good sign that he is working up to the clusters of pearly hanging berries that were love at first sight. 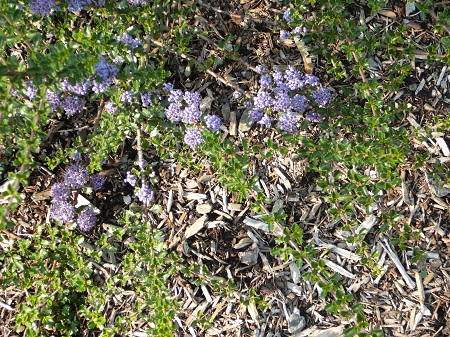 I was told that ‘Blue Jeans’ was the hardiest of the Ceanothus and I guess it’s true. I’m happy, after losing ‘Vandehberg’ last year without ever having seen a blossom.

The Rhodys are going great guns. We buy them primarily for leaf shape, but with the foliage suffering from the cold snap, the parade of flowers is a welcome distraction. This one is Rhododendron ‘Seaview Sunset’.

I wanted to show you how the buds are a much deeper hue than the flowers when they emerge, making for an interesting display. This is Rhododendron ‘Mrs Betty Robertson. 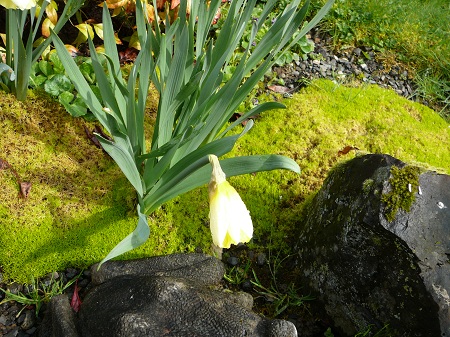 The last of the Daffodils to put in an appearance is Narcissus ‘Salome’. I have been planting daffys in drifts, but I may need to rethink that strategy after seeing the impact of this single, well-placed bulb. 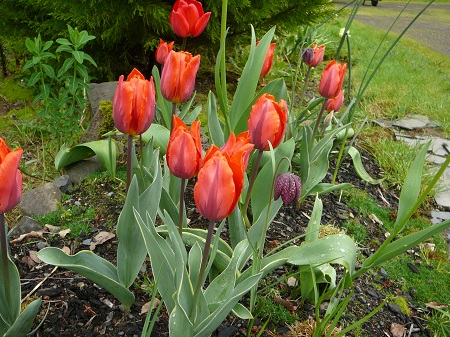 Speaking of tweaking and fine-tuning, I love the color play of these orange tulips with the Fritillaria meleagris. More of the frits are called for, don’t you think? 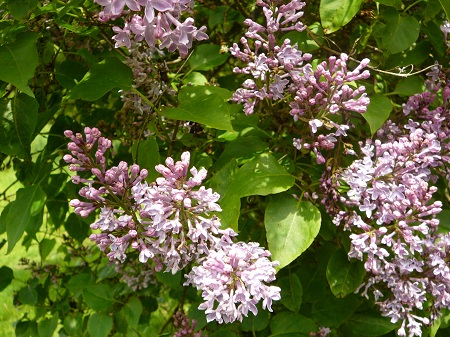 For scent, nothing beats the old-fashioned lilac. 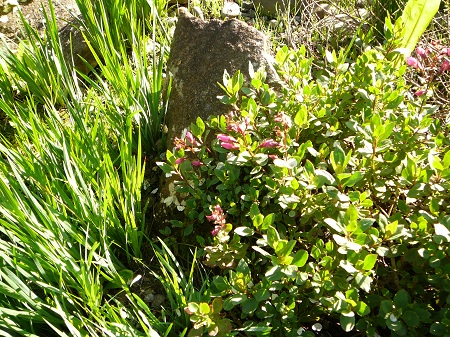 Andy Warhol’s “fifteen minutes of fame” says it all when it comes to bloom time for Penstemon newberryi, so even though it is just getting started, I’m sneaking it in here. Just as a point of interest, it usually blooms around the first week in April. 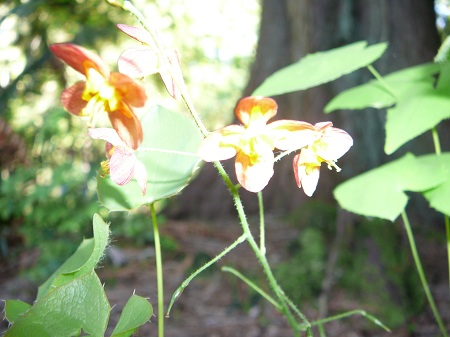 What is it about Epimediums? They are super-expensive, have diminutive flowers and are almost impossible to photograph (if you don’t believe me, that was the best of my many attempts). Still, I was inordinately thrilled with the first bloom on Epimedium x warleyense that I picked up at an end-of-season sale at Garden Fever. The other one I have is ‘Lilafree’, whose tiny purple blossoms disappear even to the naked eye. It does have lovely foliage that turns autumnal colors before dying back.

Almost forgot to give credit and send you on over to May Dreams Gardens, where Carol has masterminded this monthly ritual and will link you to many more May blooms.

5 thoughts on “…and along comes pretty little May”