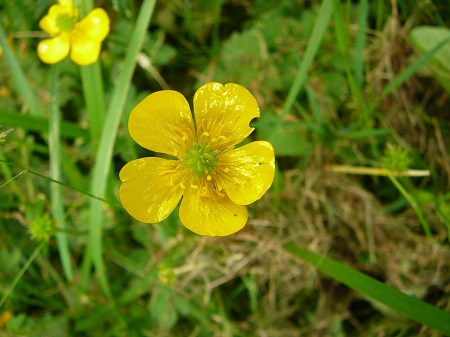 You couldn’t ask for a tougher ground cover than buttercups, so why fight it? Their shiny golden faces light up the woodland’s edge (and anywhere else that they have not been diligently removed). 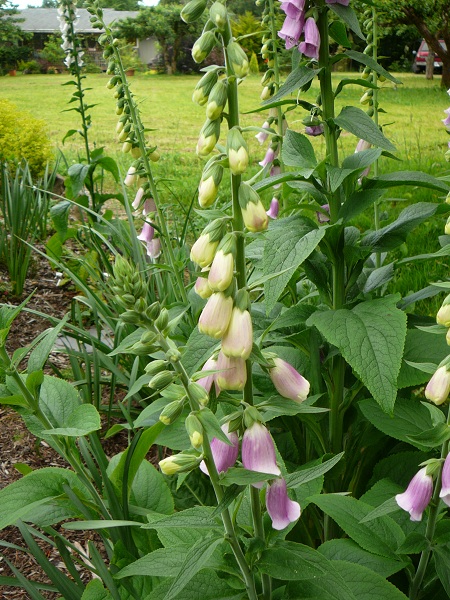 I never know where the foxgloves will show up from year to year, but they have a starlet’s sense of where they will show off to best advantage. 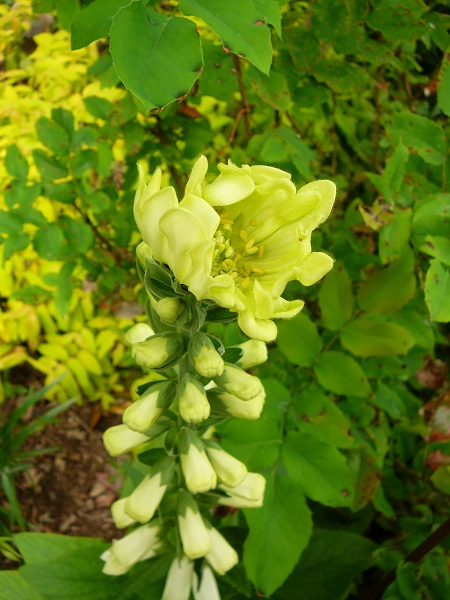 Once again, a few of them are doing this strange thing where the top flower opens into a most un-foxglovely blossom. I asked my master gardener neighbor about it, but she had no idea…anyone??? 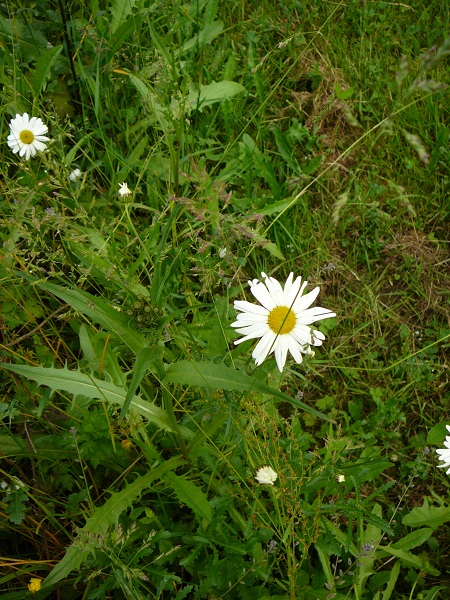 Beyond the reach of the hose, the field daisies carry on regardless.

…as do pretty grasses and vetch. 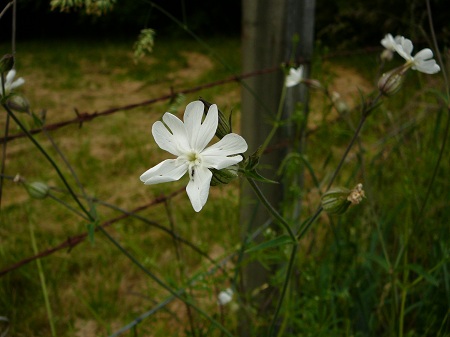 I find the wild silene as charming as any cultivated beauty. As such, it is allowed free reign anywhere it chooses to put in an appearance. 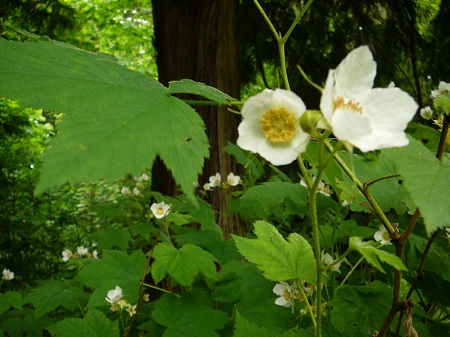 Thanks to The Oregonian, I even have the botanical name for the salmon berries that grow in our woodland. They are Rubus spectabilis, with large, maple-like leaves and white flowers that become salmon-colored berries. Their name, however, is derived not from the color, but from their use. Native Americans served them with salmon roe, and the fish typically spawn at the same time that the blossoms appear.

I am a bit late to the party this month, but on the third Wednesday of each month, Clay and Limestone hosts Wildflower Wednesday, giving us an opportunity to pay tribute to the flowers that tough it out with no coddling. Where would we be without them?

7 thoughts on “wildflowers in my garden now”