We usually go to the Portland Nursery on Stark Street, but when we heard about a garden art fair at the one on Division, we decided to go the extra few miles to check it out. It was a gloomy, rainy day, so not much gardening was going to happen. I guess I am one of only a handful of people that think that way, because attendance was sparse. 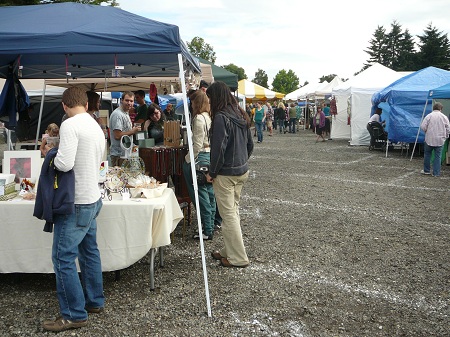 A large area of the nursery was given over to tents for the artists, with one big one for performing musicians. The hay bale seating was a nice touch, considering the old-timey fiddling and such. I was expecting more in the way of garden art. I’d say at least 50% of the artists were jewelers. 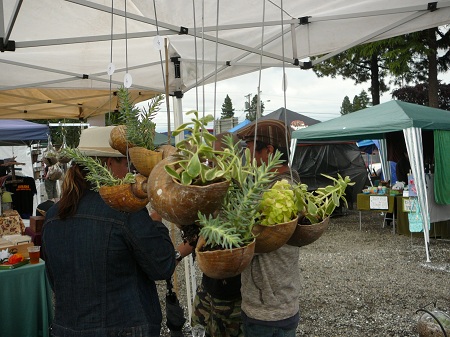 A gardener’s hands do not make the best showcase for jewelry, so I zeroed in on…big surprise…succulents. I thought these hanging snail shells, each with a little succulent, were delightfully inventive. 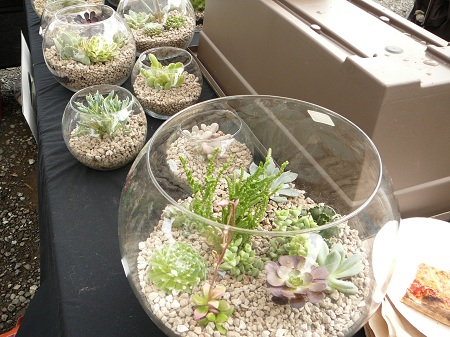 There were succulent terrariums in bowls, 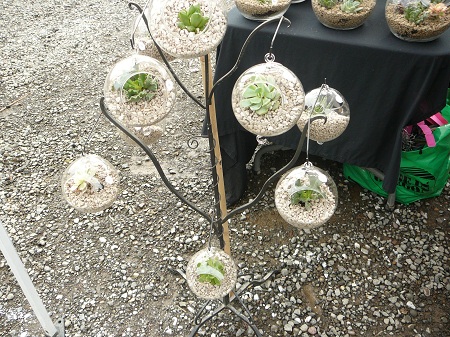 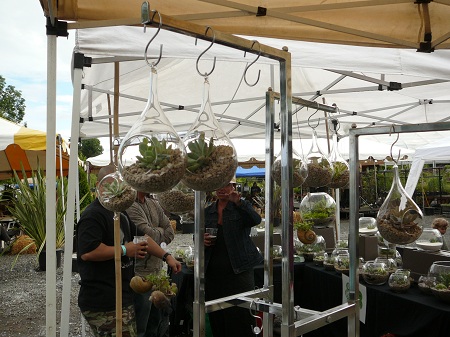 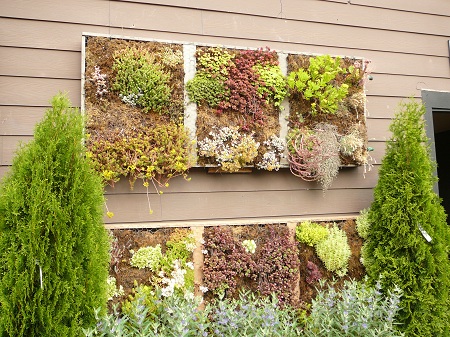 But here we were in plant central, so it wasn’t long before we were out there inspecting plants. This outlet of Portland Nursery lacks the display gardens of the Stark Street location, but they compensate by using every vertical surface for displays like this one. 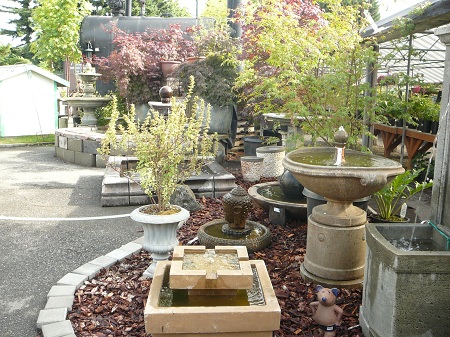 There are large hunks of real estate given over to displays like this one featuring many styles and sizes of fountains. 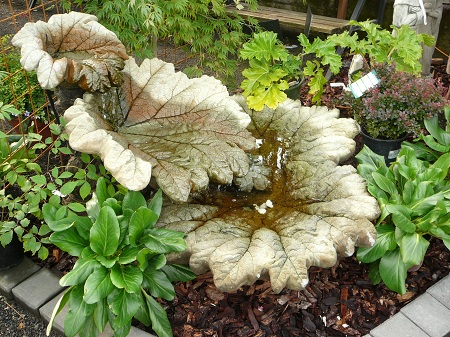 This cascading fountain was set apart at the entrance to the shade house. 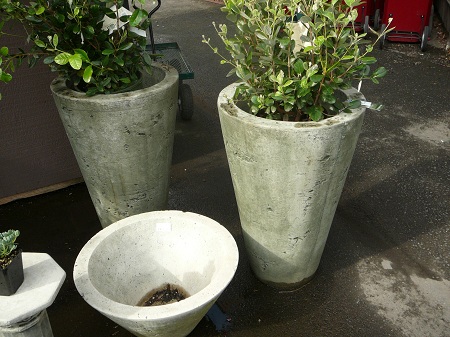 The pot selection is impressive, especially for this late in the season. I was wowed by these massive concrete numbers. 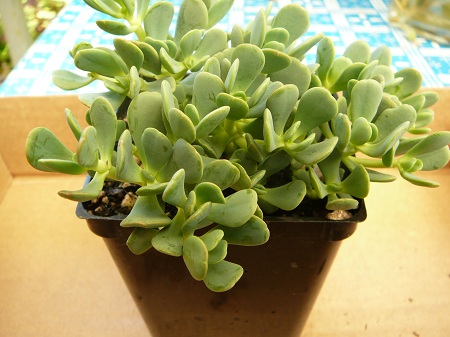 I found this unique sedum in the native plant section. Sedum oregonense ‘McKenzie River Form’ is touted as evergreen-ever glaucous. 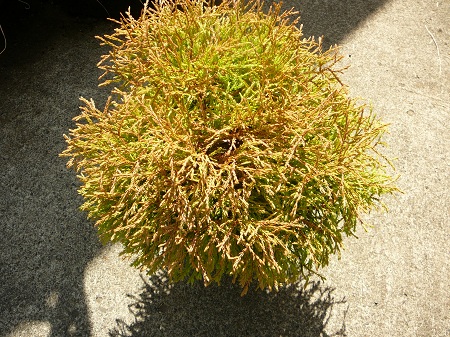 I fell for this little guy: Thuja occidentalis ‘Golden Tuffet”, which caused some hilarity when R discovered that I had purchased…yes it’s true…an arborvitae, after having spent the better part of our gardening life together vetoing his every attempt to sneak one in. I guess that proves that there is no such thing as a “bad plant”. How about you? Is there a family of plants you profess to hate? Has one of its distant cousins crept into your affections when you least expected?