Rooster Rock is a huge park just outside Portland in the Columbia River Gorge. I can’t believe that I have lived here most of my life and had never been there. It was not for want of trying: the place fills up pretty fast on weekends and holidays. When our friends suggested a picnic in the middle of the week it was one of those “Aha!” moments. 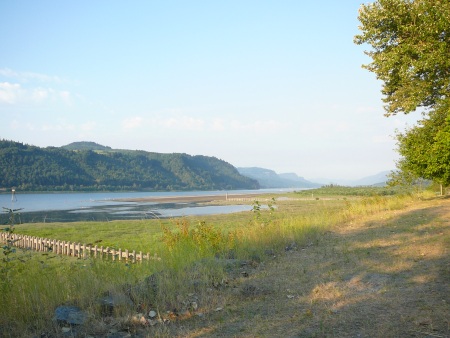 This is the view from our picnic spot looking down at the river (the hills rising on the other side are in the state of Washington). 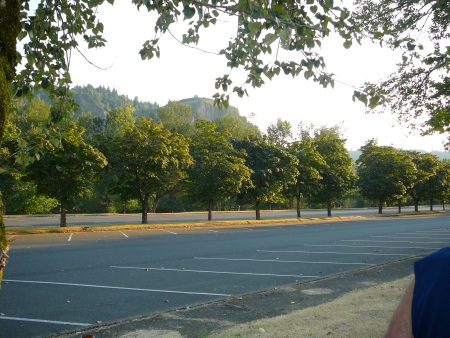 Looking the other way, across the parking lot (see! no cars!). Despite temperatures in the mid-nineties, we had the place nearly to ourselves except for a gaggle of nude sunbathers and the odd dog walker. For a truly scenic outing, one can take the old Columbia River Highway that winds past a number of waterfalls and to the top of that cliff in the distance, where there is a picturesque lookout with an incredible view of the gorge. Silly me: I failed to take a picture of the rock outcropping that gives this park its name (it looks like a giant rooster’s tail). 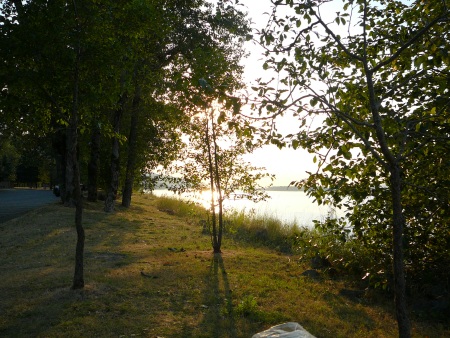 After a refreshing swim, we settled down, with our wine and all sorts of good things to eat, to watch the sunset. 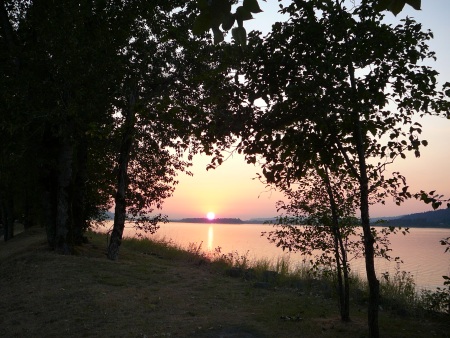 It just got better and better, 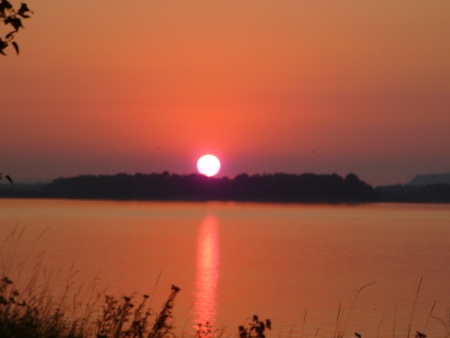 The haze from nearby forest fires does wonderful things for sunsets…reminds me of sunsets seen from Griffith Park in Los Angeles when I lived there in the 60’s. A guilty pleasure, but it is beautiful.