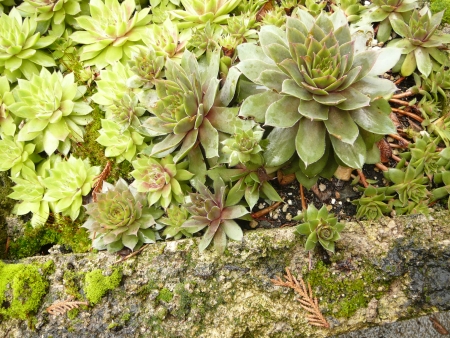 Moss rules in our Pacific Northwest garden. Just about anything left out long enough will begin to take on a patina of moss, like this tufa trough planted with sempervivums. I have tried other things in this trough, but this is what’s happy here, and I finally decided to stop fighting it. 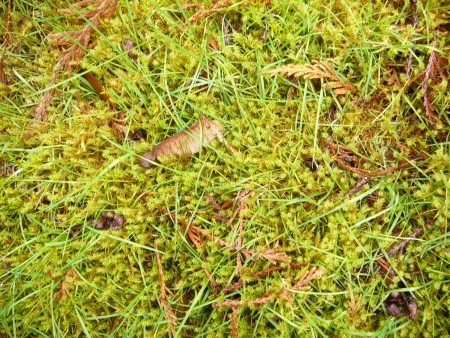 In back of the house, where the cedar trees provide shade most of the day, moss is choking out the grass. Fine with me: no mowing, a lovely shade of yellow-green, and walking on it with bare feet is a spongy delight. 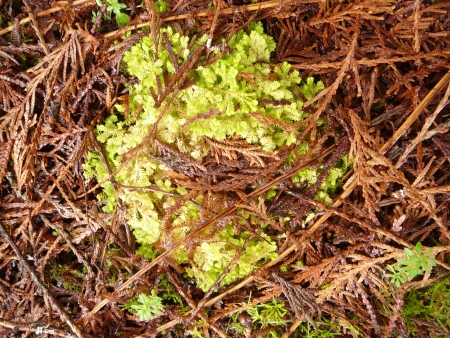 In fact, I like the stuff so much I even plant it. The above is spike moss, or Selaginella krauseanna ‘Aurea’, which spreads rather slowly (note to self: buy more). Many plugs of Irish moss planted in other beds are beginning to merge into a plush carpet. 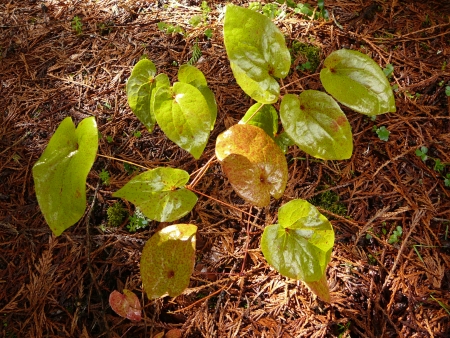 Capturing a rare ray of sunlight, the new leaves of Epimedium x warleyense fairly glow against the natural mulch from the cedar trees. 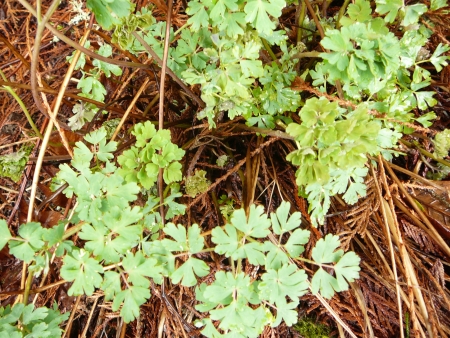 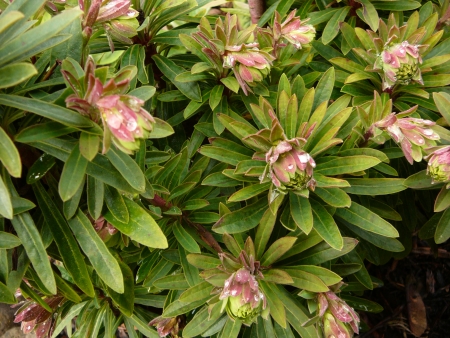 Euphorbia ‘Blackbird’ is looking uncharacteristically healthy, but failed to hold on to it’s dark coloring. 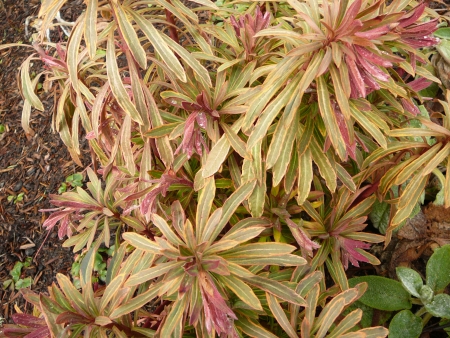 On the other hand, Euphorbia ‘Ascot Rainbow’ is reliably colorful year after year. Soon enough, the acid green “flowers” will cover them all and they will all look the same…that’s why I like them best about now. 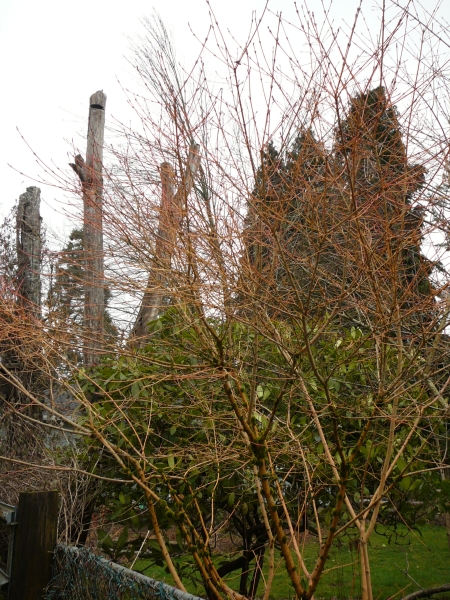 The bare branches of this neighbors’ tree start deep ocher near the ground and gradually morph into flaming orange twigs reaching for the sky. 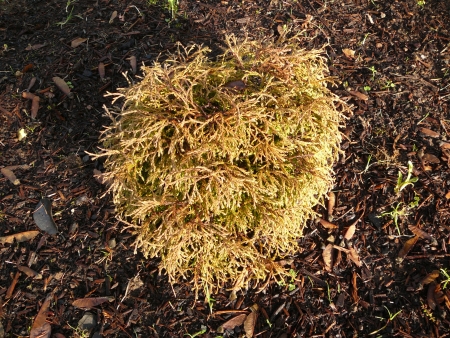 Speaking of morphing, the Thuja occidentalis ‘Golden Tuffett’ takes on a dusting of coppery tones in the cold of winter, then reverts to solid gold when things warm up.

Did this taste of March foliage whet your appetite? Pam can introduce you to much, much more.

9 thoughts on “if you fancy foliage”