I have long hankered for a visit to see the Bellevue Border, having seen and heard of it for many years. On the last weekend in October, we took a trip to Seattle to visit with family. Since a three year old was part of the gathering (actually, more the focus of the gathering) everyone took to the idea of a day spent wandering in wide open spaces. 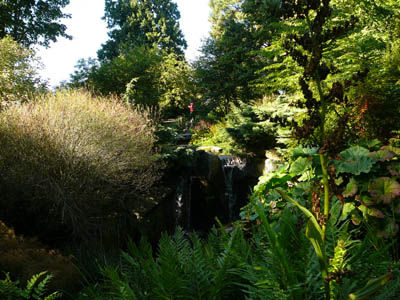 Of course, the big draw for the border has to do with blooms. This late in the season, most blooming plants have passed their peak…on top of which, the border was undergoing a major overhaul. What I hadn’t known was that the border is only a small part of a botanical garden spreading over many acres. The trails are beautifully maintained, and weave through woodlands, meadows, a Japanese garden, a water-wise garden, a garden of natives, and maybe more (three-year-olds are, as you may know, somewhat distracting). 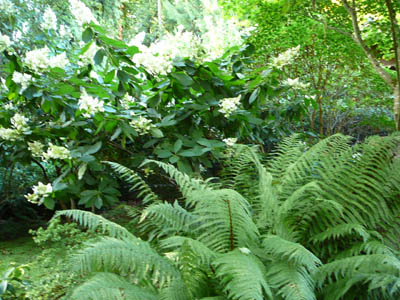 The woodlands were a study in green, with the occasional hydrangia sparkling in the sunlight filtering through the canopy. 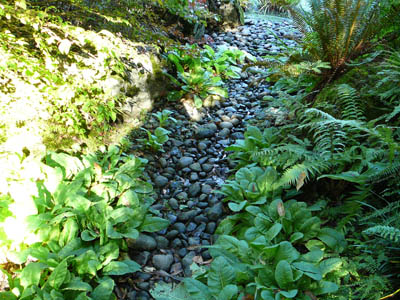 I can just imagine what this dry streambed would be like with the primulas in bloom, but that is to take nothing away from its quiet charm here. 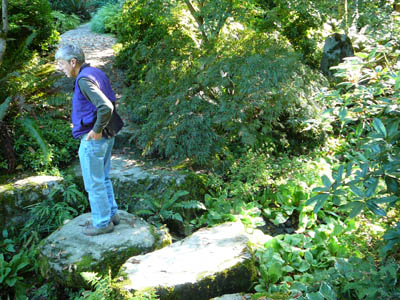 I wanted to include a human, to give an idea of the massive scale of the rocks in the Japanese garden. 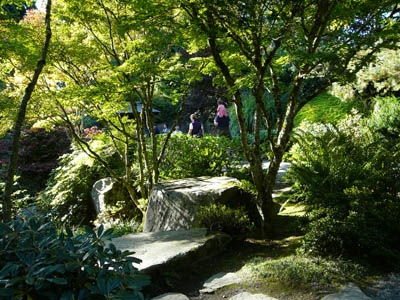 Here they are again

I would still like to return in early spring or high summer, to see the much-touted border in full glory, but left the garden fully sated by beauty of a different order.