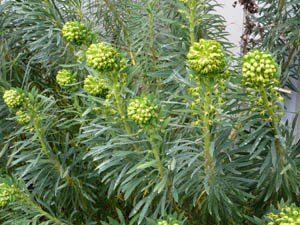 When they are good, they are very, very good… 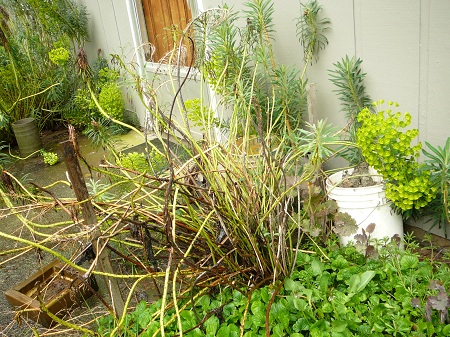 But when they are bad, they are horrid! I am something of a timid pruner, but when Euphorbia wulfenii reached the above state, I had nothing to lose. I cut it back hard, with the expectation that I was performing stage one of a removal project. Guess what? It bounced right back, looking bigger and better than ever this spring. 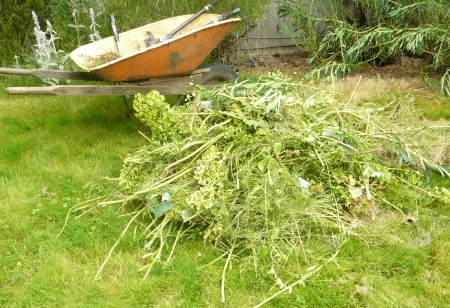 So this year, when the blooming stalks began to discolor, I went right after it. The pile of debris with the wheelbarrow behind it for scale, is what was removed from the plant. 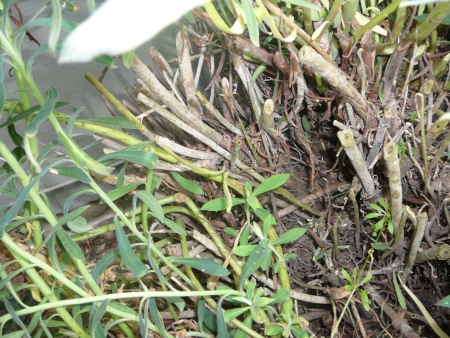 Each blooming stalk was cut back as close as I could get to the core of the plant, where a tangle of old wood can be seen. 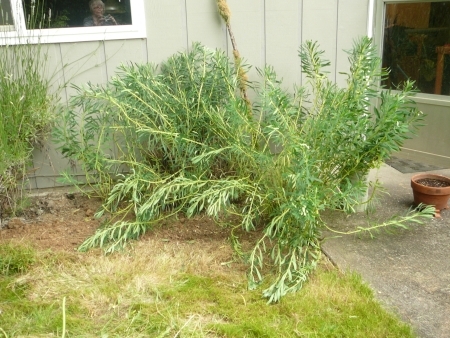 And here’s the wulf…reeling a bit and trying to adjust to his new look. I have confidence that he will snap out of it and start strutting his stuff in no time. 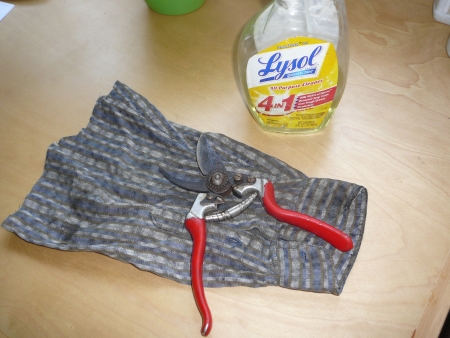 At a Joy Creek pruning seminar, Mike emphasized the importance of keeping blades clean between cuts. The milky sap of Euphorbias leaves no doubt. In fact, I had to let a heavy spray of Lysol soak in for several minutes. then wipe and repeat three or more times. Finally, before putting them away, I gave them a good going over with an SOS pad and a spritz of WD-40. I have handled these plants before with no ill effects, but this time…despite long sleeves and gloves, I found myself with Popeye-proportioned forearms. Three days later, the itching and burning are epic still, but the swelling has subsided. I don’t know if it was the timing of the project, the scale of the operation or what, but I will never again scoff at cautionary tales. Next time (and yes, of course there will be a next time…I’m a gardener) heavy duty gloves and shirt fabric will come into play…Oh, and be sure to resist wiping your brow while engaged in this activity. I am not a pretty sight just now.

12 thoughts on “Euphorbia wulfenii gets a haircut”