I went to the show at Portland Nursery, Stark Street, on Friday so I could report in plenty of time for you to catch the show. Well, guess what: I got so sidetracked talking to the experts and admiring the plants that I left my camera behind on the checkout table. Sorry about that, but, as usual, Loree was way ahead of me with a post about last weekend’s sale at the Division St store. As everything was for sale, I am sure she got to see many plants that were no longer available by the second weekend. Still, I saw plenty that was new to me, so here goes: 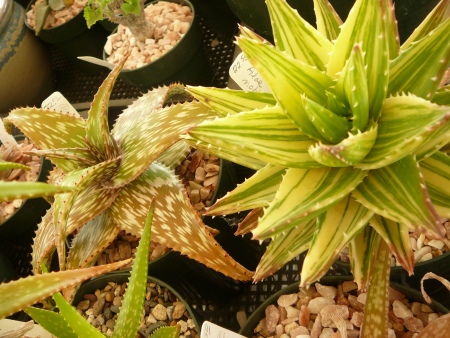 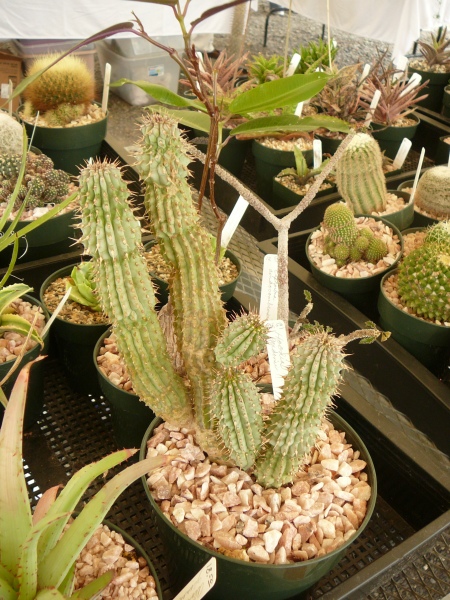 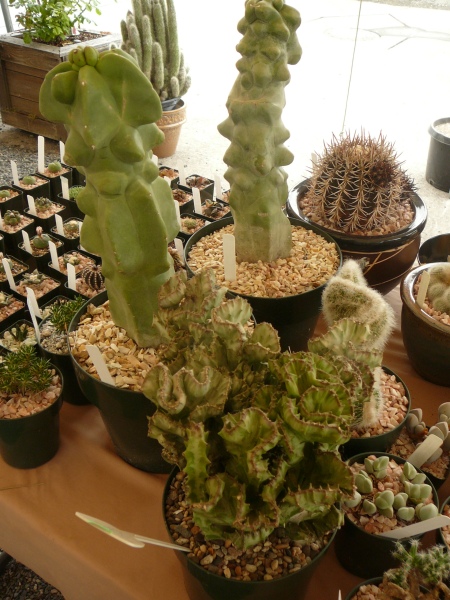 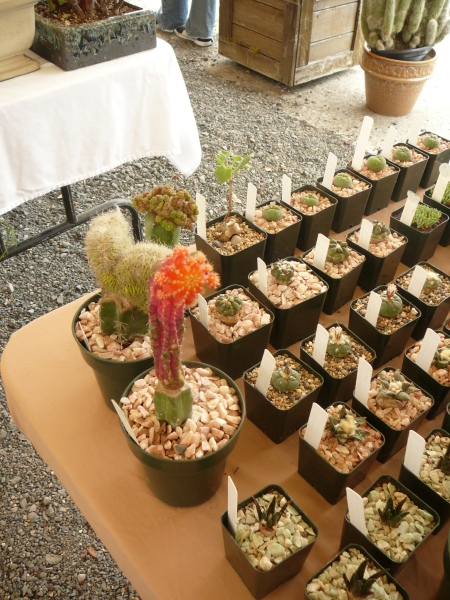 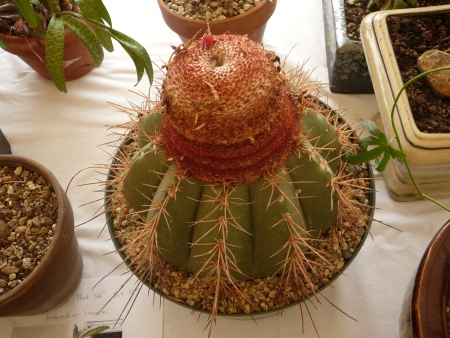 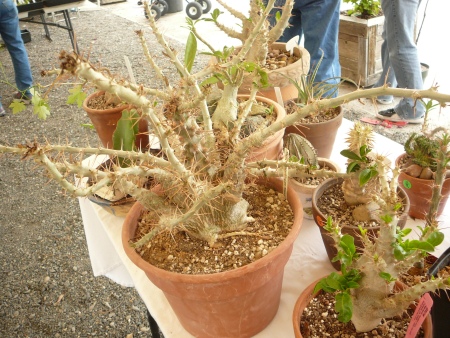 Not all the guys at this party were especially good looking, but they were all interesting. 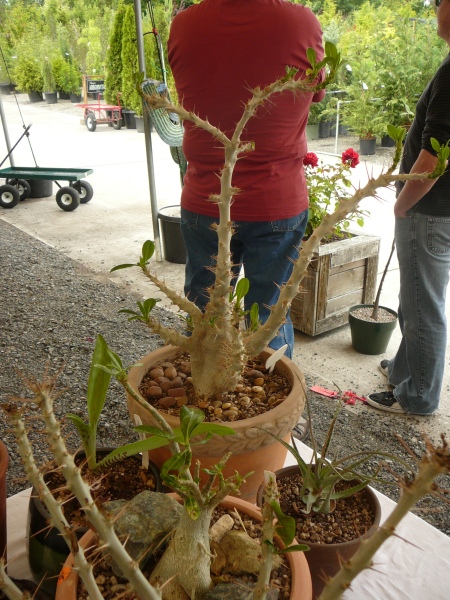 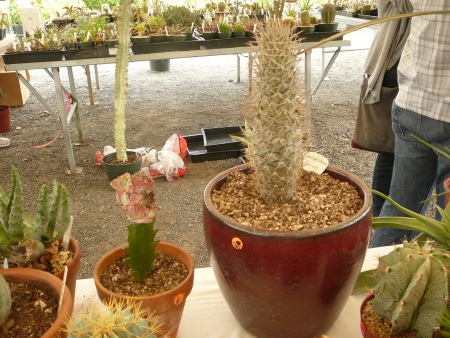 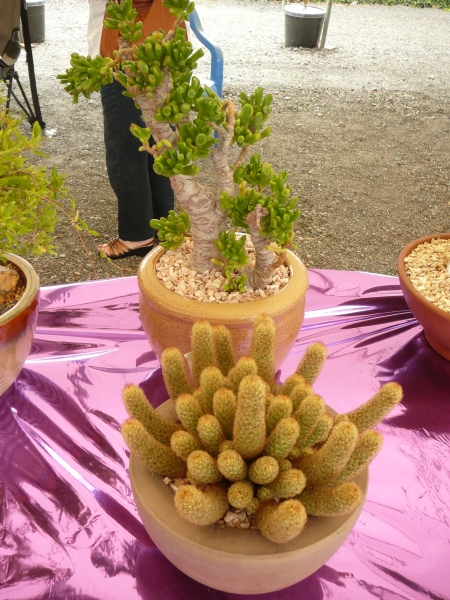 Can’t say I’m crazy about the mylar table covering, but I can get past that. 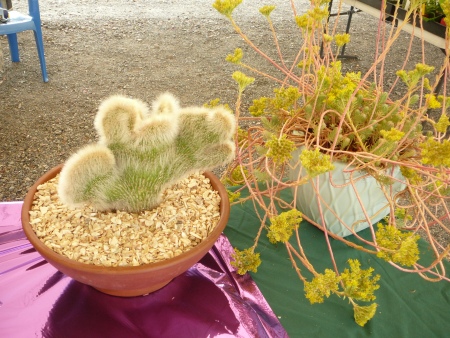 some of them almost seem to invite petting, but that would be a big mistake. 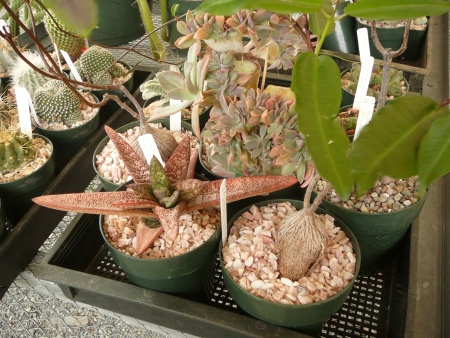 I was drawn to the pink shades. 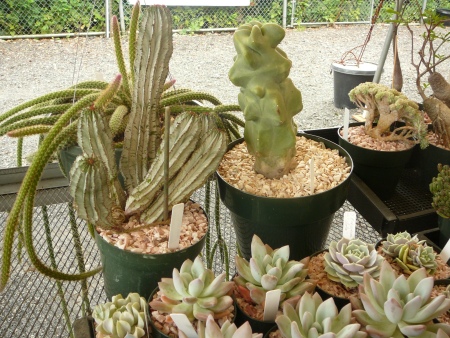 And also to the very pale specimens. 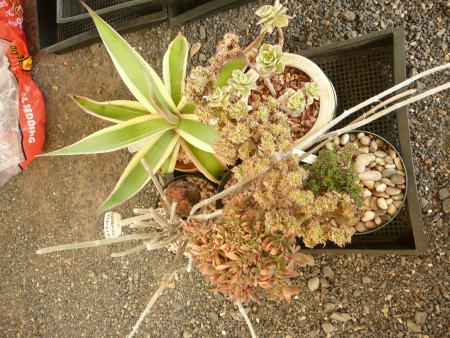 And no, this is not my haul (she noted wistfully). I discovered, too late, that I did not have a card on me. 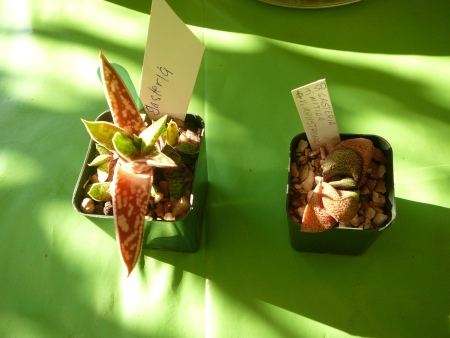 So I was only able to scrape together enough coin to purchase these two little beauties. The one on the right is Gasteria nitida v. armstrongii. The other one had no label, but when I asked, it turned out to be a Gasteria as well…a name totally unfamiliar to be up to now. Providence was looking out for household harmony, as I don’t know where I could have overwintered all of the plants I desired. I learned a good deal about plants I already harbor from the enthusiasts manning the show and was invited to join the Oregon Cactus & Succulent Society and/or drop in on a meeting any time. You can still catch the tail end of the show on Sunday, July 22, at the Stark Street Portland Nursery.