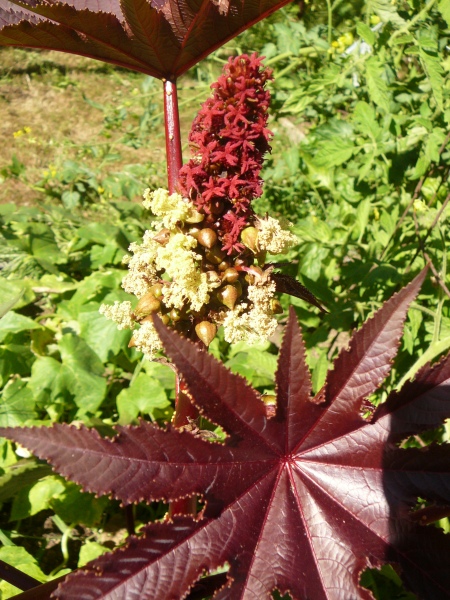 My favorite plant at the moment is Ricinus communis ‘Impala’ grown from seed. Several others in better locations (in my opinion, obviously not the plant’s) are taking longer to get going. Highly poisonous, but no one or thing has tried to eat it yet, not even the targeted gophers. 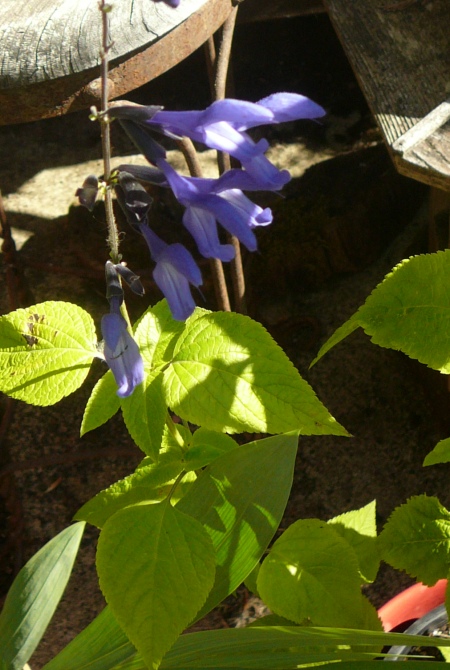 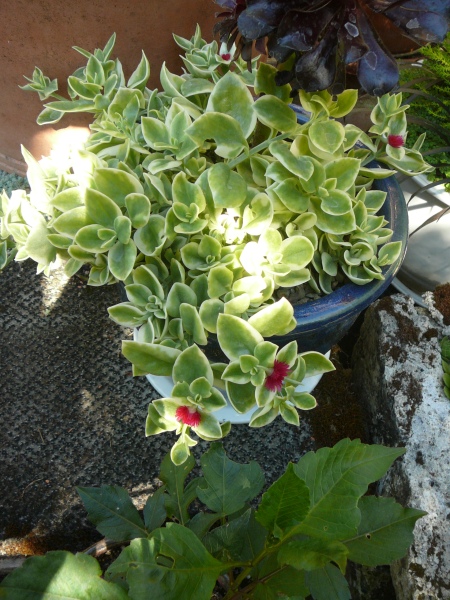 The flowers on the Dorotheanthus ‘Trailing Red Mezoo’ are coy little things. 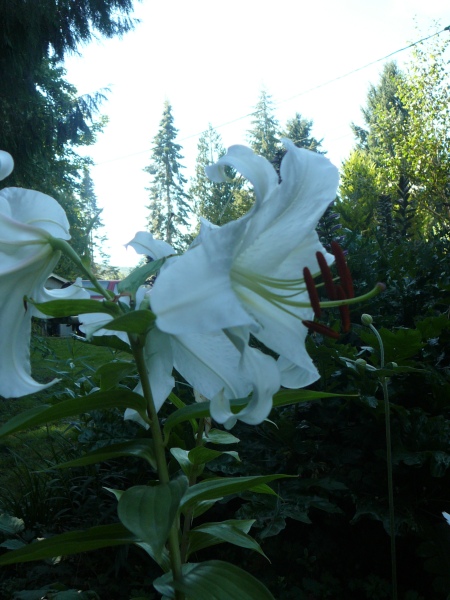 ‘Casa Blanca’ lilies light up the shade and perfume the air. 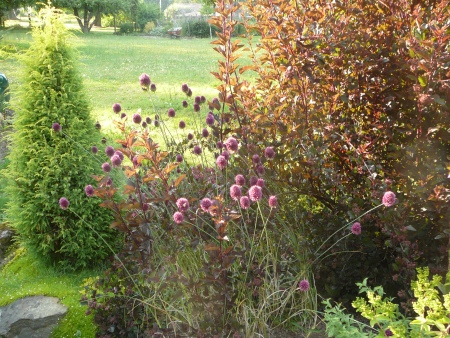 This is a bit of a cheat, as the drumstick Alliums are well past their prime, but I like the way they have come up through the long swooping branches of the Physocarpus. 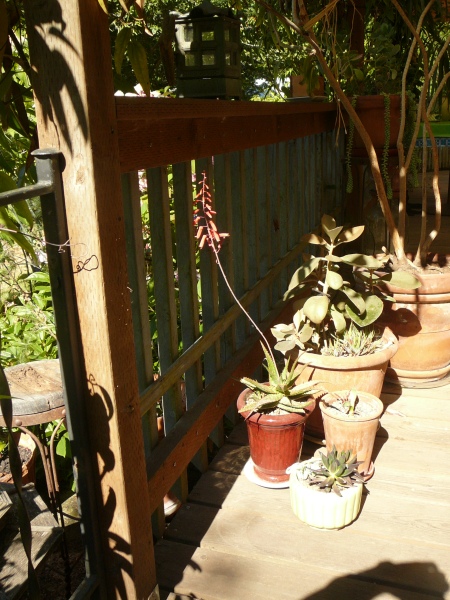 This was a surprise. Aloe ‘Carmine’ usually blooms during the indoor months. 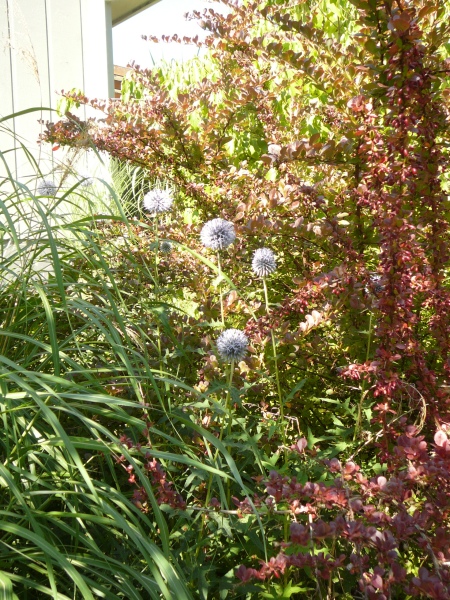 Echinops banaticus ‘Blue Glow’ is best loved here in its bud stage, but once it fluffs up the bees go crazy. 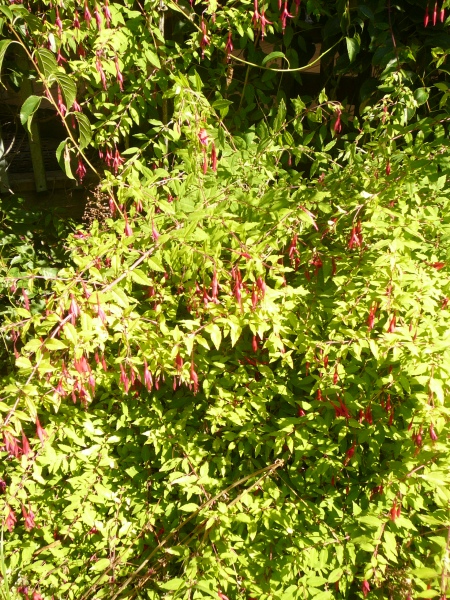 For the hummingbirds, Fuchsia ‘Golden Gate’ is the entree of choice. 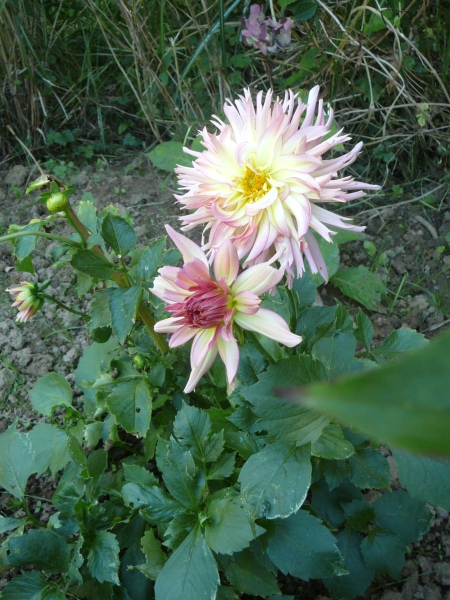 I’m having to start over with Dahlias. I only dig them every three years or so to divide, so those rough winters wiped me out. This one is ‘Cotton Candy’, picked up for half price on the sale counter at Portland Nursery and nursed back to health. It is now way ahead of the others I planted as rhizomes. 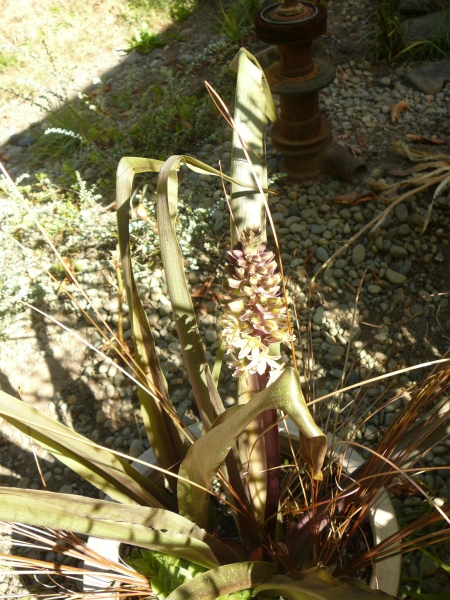 At last! A bloom on Eucomis ‘Sparkling Burgundy’. 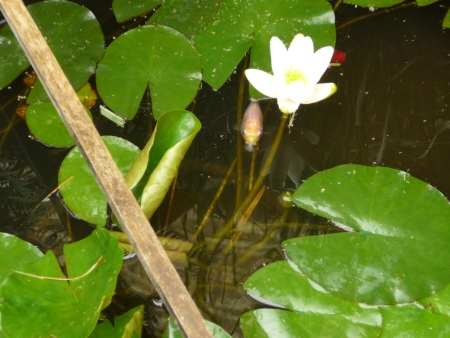 Not a very good shot of the lone water lily, but since one of the fish showed up for his close-up, I thought I would include it. Oops! Just noticed there are two fish. Can you see them? 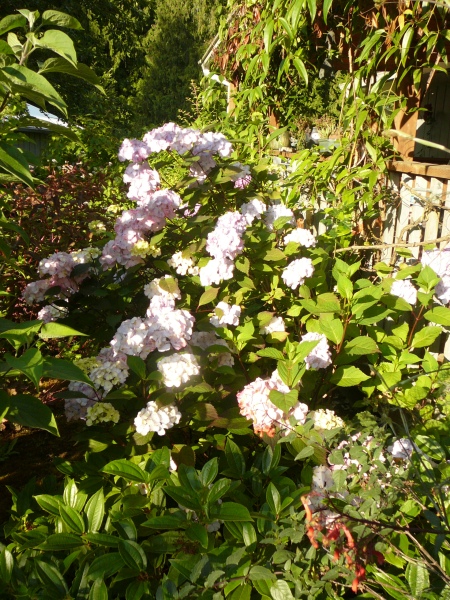 The Hydrangeas are the workhorses of the late summer garden. This one is ‘Preziosa’. 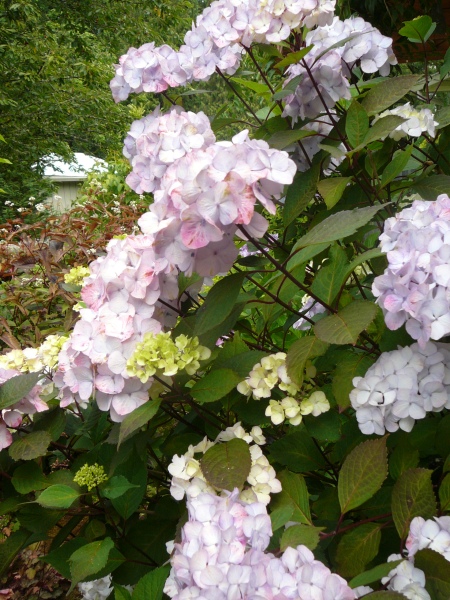 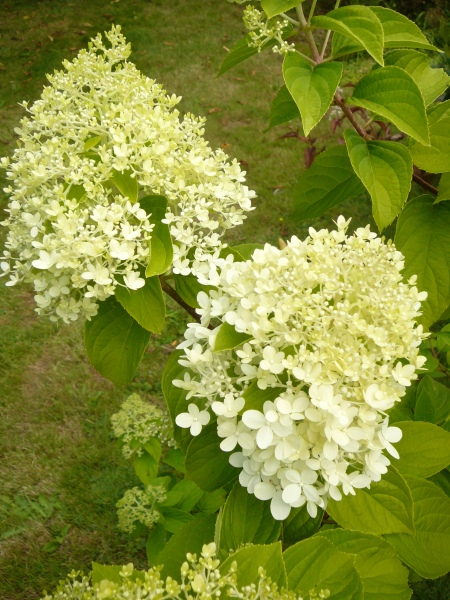 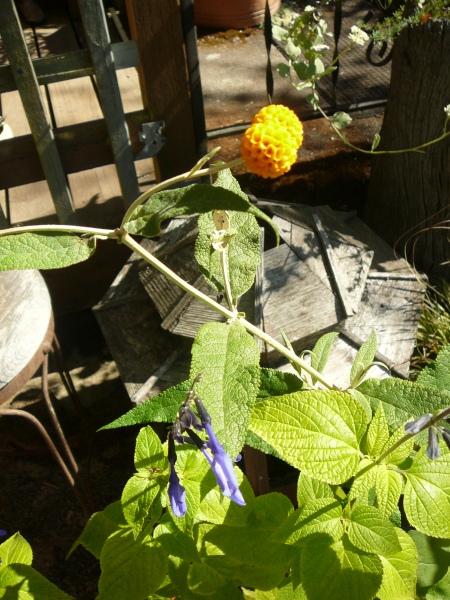 Don’t you just love it when something reblooms unexpectedly? The ‘Orange Ball Tree’ is putting out a few of these fragrant bright orange balls right now. That’s it for me…well, not really, but you don’t want to see pictures of all 111 plants in bloom here. Instead, join the party at May Dreams Gardens for a floral celebration of August.