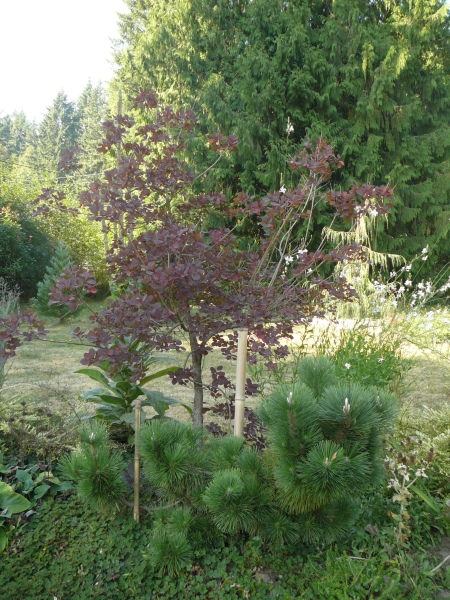 Here’s what my ‘Thunderhead’ pine looks like today, backed by Cotinus ‘Purple Robe’. Back in January, I wrote of the damage it suffered in the winter storm here. There are two of these at Joy Creek Nursery. One has been allowed to grow up, while the other sprawls like mine. I was in a quandary, because I liked the sprawling habit, but hated to sacrifice the “candles” (it is by breaking them off that one forces it to sprawl). Then Mom Nature stepped in and did what I could not. 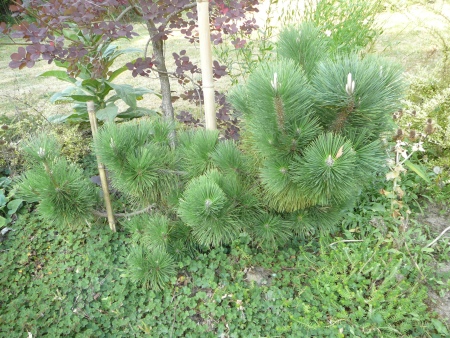 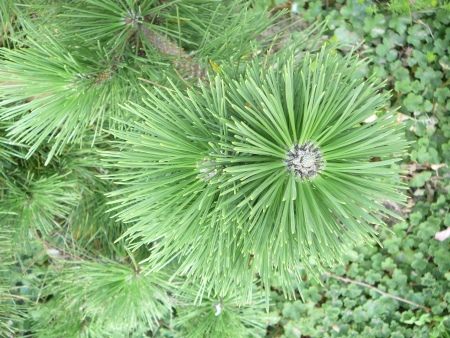 And closer still, showing a tip that I have “candled”, meaning I pinched out the growing tip. 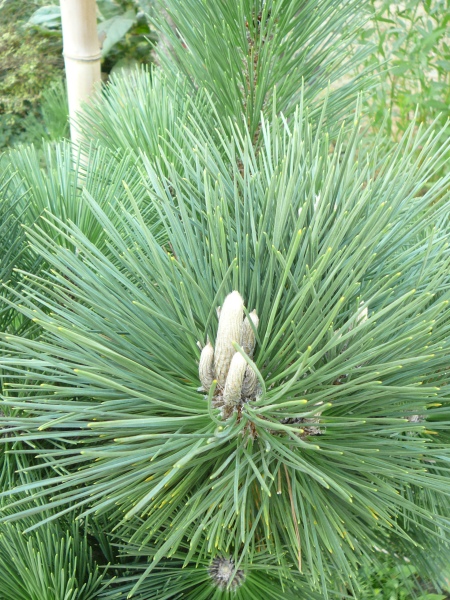 And another where the candle has been left intact. It will grow longer and more dramatic before it bursts into a fresh new group of needles. I have decided that the best of both worlds is possible by leaving just a few to follow nature’s edict while imposing my will on the rest. 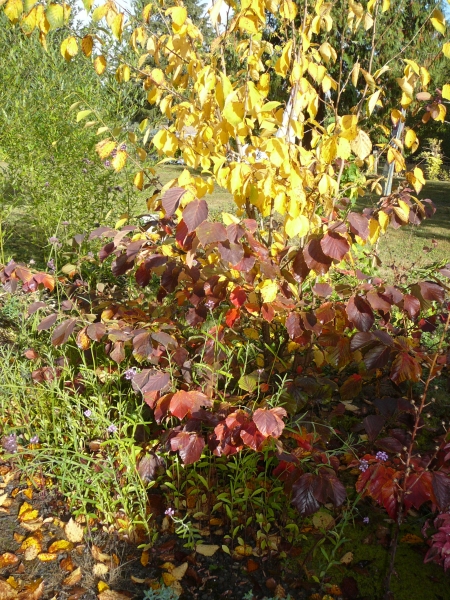 Now here’s a puzzle that I’m hoping you foliage fanatics can help solve. See the yellow leaves above and the reddish ones below? Those are all on the same tree. Last year, when Hamemelis intermedia ‘Diane’ bloomed, it only did so on the lower branches. I assumed that they were simply more mature and the upper branches would eventually catch up. Now it is obvious that this tree has a split personality.

The top part is blooming now, with these yellow flowers. I would embrace them if they were fragrant, but they are not. Any ideas? ‘Diane’ is the tree I want. Do you think if I cut out all of the new growth she might recover her dominance? I see no sign of a graft on the trunk. 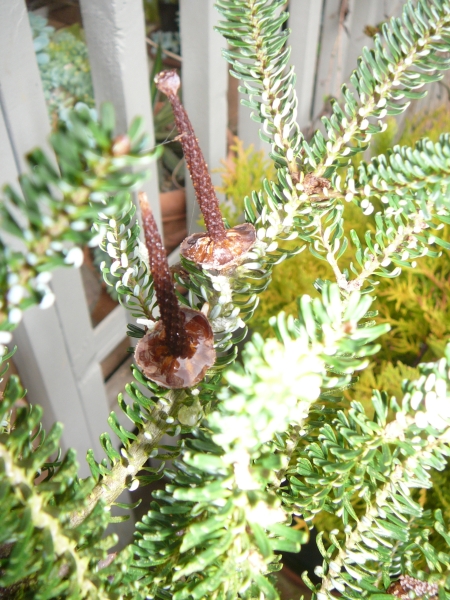 One last thing, before I send you over to Pam’s for Foliage Follow-up. I’ve been showing you the wonderful cones that form on Abies koreana ‘Horstmann’s Silberlocke’. This is what’s left of them after the seeds formed and fell away from that central post. If you have any interest in trying to grow one of these from seed, send me your contact info and I will pop a few into the mail.

11 thoughts on “foliage takes its turn”