I’m impressed how so many of you can keep up your blogging and commenting even with spring springing and garden chores beckoning. I’ve been overwhelmed, with two gardens to clean up, spruce up and prune into shape. Sooo…I’m rolling blooms and foliage into one post, and if I have failed to comment on your recent posts, please know that I love you still and will be back in the saddle as soon as the rains return. 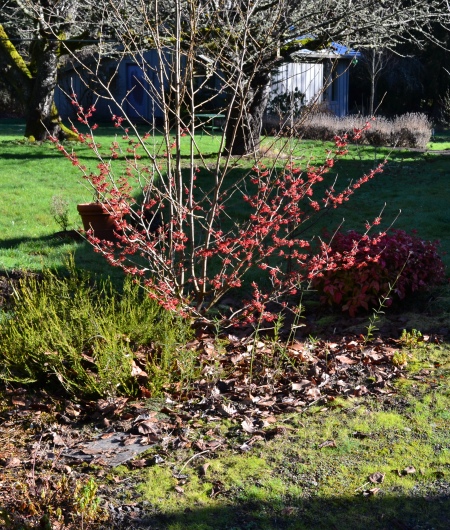 Out here at the R&R Ranch, it’s slim pickins in the bloom department. The Hamamelis with the split personality is having its ‘Diane’ moment. Earlier (sometime in January) that middle tall part bloomed yellow. The plant I purchased was meant to be ‘Diane’ so your guess is as good as mine about what’s going on here. 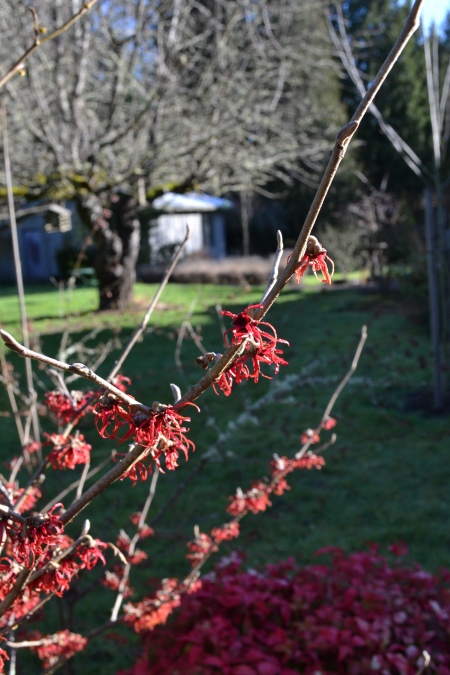 ‘Diane’ was ready for her close-up, with the sun catching her against a background in shadow. The only other things blooming here are snowdrops and slug-tattered primroses. 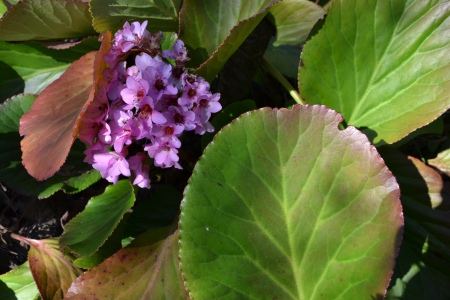 In town, we are getting ready for new tenants to take over. They say they will maintain the garden, but we have heard that song before. At any rate, it seems only fair to get them off to a good start. The garden here has a southern exposure, is surrounded by concrete and gets reflected light from the house. The Bergenias are in full flower, 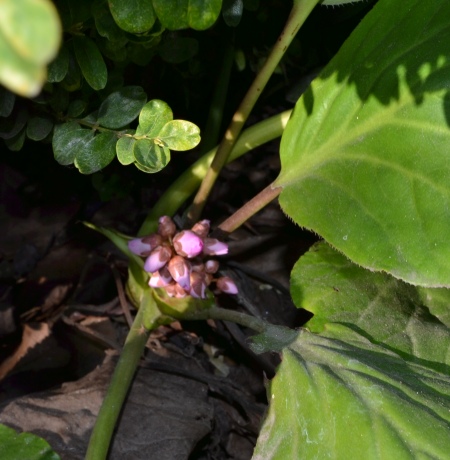 With those around the corner, in the shade, fattening up their buds, ready to star in the second act.. 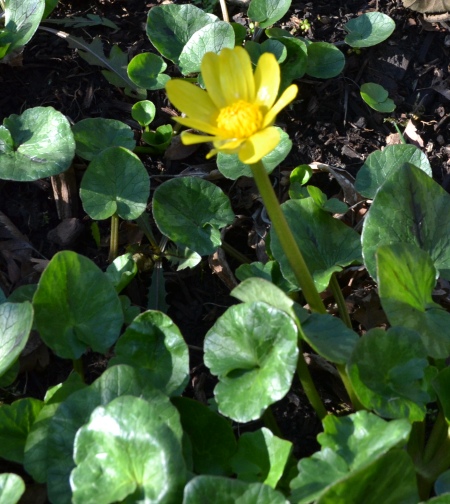 I can’t recall having planted this low-growing charmer (i know…I sound like I’m testifying before congress) . Anyone know what it is? This just in from The Mulchmaid: the plant in question is Lesser celadine, and is on the invasive species list. Jane included a link to Kim Pokorny telling us all about it. Sorry, Linda…I guess I won’t be passing this one along. 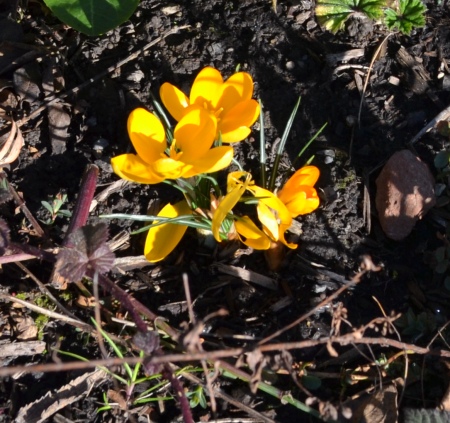 I’ve never been big on crocuses (they seem to bloom for about five seconds, tops), but these cheerful little fellows emerging through the duff make their case pretty convincingly. 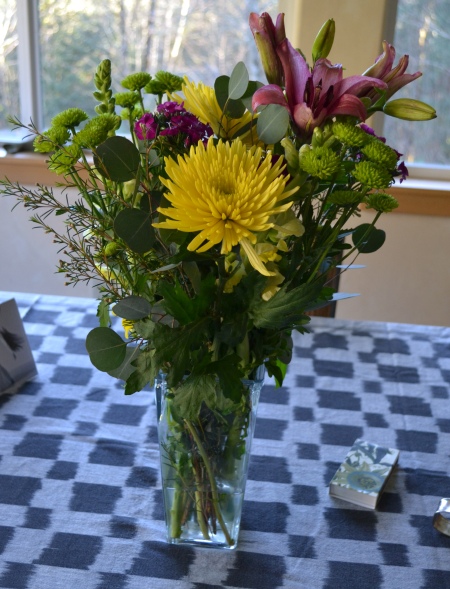 Since Bloom Day fell the day after St Valentines Day, I think it only fair to include this mixed bouquet from my Valentine. Some of these flowers will go out early in a blaze of glory and the nature of the arrangement will morph over time…just as relationships do. 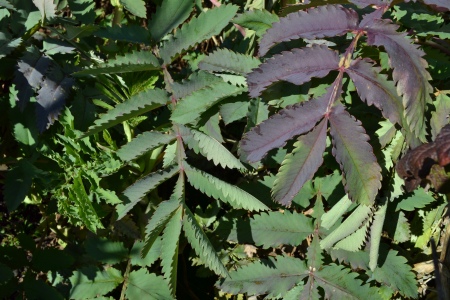 And now for the Foliage Follow-up. Melianthus Major was one of the first plants I ever spent serious money on (well, $20 seemed like a lot at the time). It was my first (and, so far, only) visit to Gossler Farms in Springfield OR. The plant was in a one gallon pot, with three or four leaves…but what leaves! They were a very pale green with a bluish cast and deep serrations. Lightly brushing the leaves produced the scent of peanut butter. It was love at first sight. 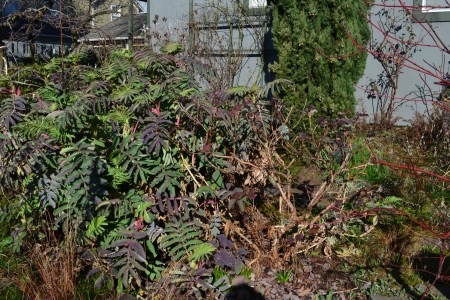 Backing up a bit here, you can see that my one little plant has colonized an entire area (it goes on some ways beyond the left of the picture frame, but I wanted to include the bright red dogwood twigs encroaching from the right). I have tried several times to divide and move it to our current digs, but it will have none of it. I will keep trying, because this is one of my all-time favorite plants. In the meantime, I hope our new tenants give it the love and attention it deserves.

You could do worse than to shower your love and attention upon May Dreams Gardens for Garden Bloggers’ Bloom Day and Digging for Foliage Follow-up.