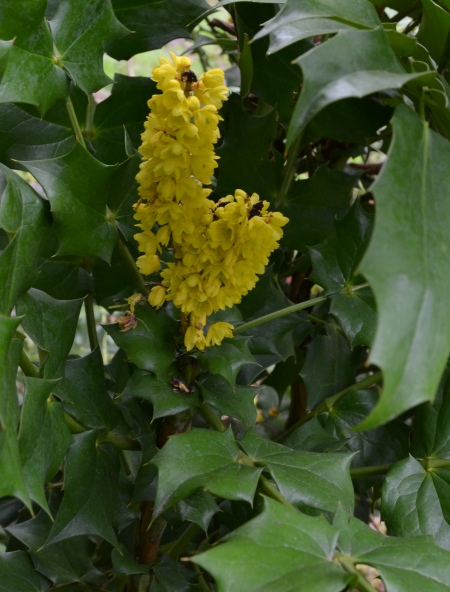 At last! A few of the blooms reached their peak on Mahonia ‘Arthur Menzies’, albeit only the few that were hidden away and protected by foliage. The big, showy one on the top of the plant fell victim to freezing weather, as in seasons past. 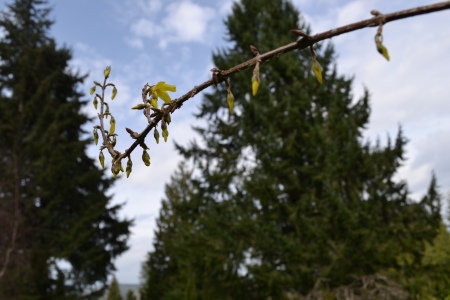 The first few Forsythia flowers have opened, with many to follow soon. I like it best right now, though the full display is admittedly more dramatic. 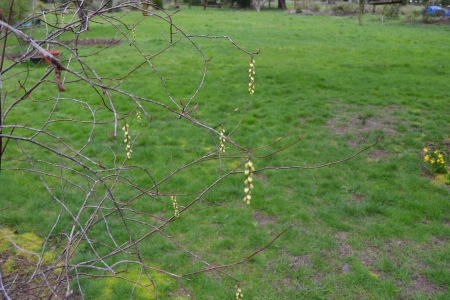 Spring is such a yellow season. The Tete a Tete daffys are the first of the Narcissi to bloom. There they are, off to the side. I’m partial to the paler, creamier yellow of the dangling blossoms sparsly adorning the bare branches of Stachyrus praecox. Tiny matching butterflies hover around them, then disappear as the flowers fade. 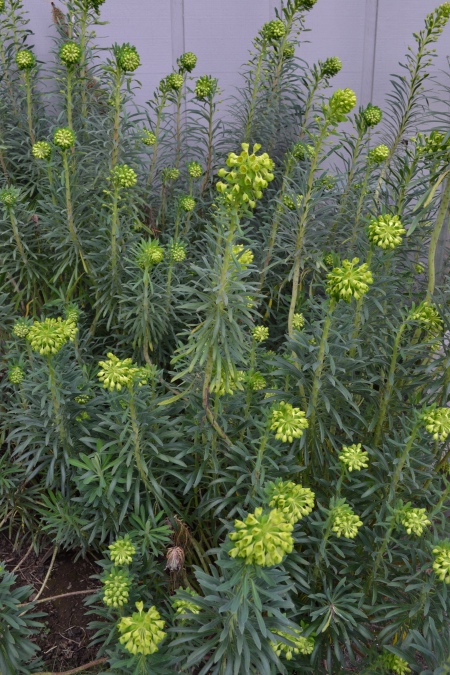 The greenish yellow of Euphorbia wulfenii is in that early stage where it looks like the large congregation is bowing its heads in prayer. 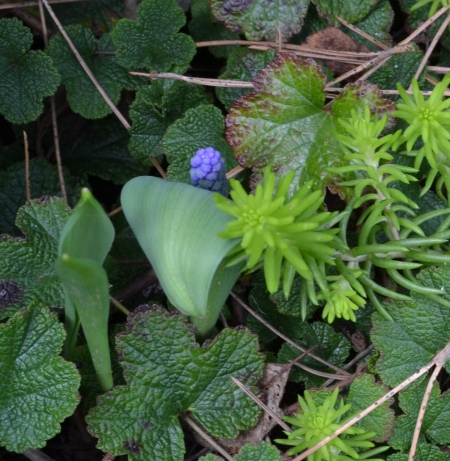 Not all is yellow. I planted lots of Muscari latifolia scattered about, hoping that they would multiply, as advertised. So far, no colonizing tendencies, but I do love that little dot of blue peeking through the tapestry of ground covers. 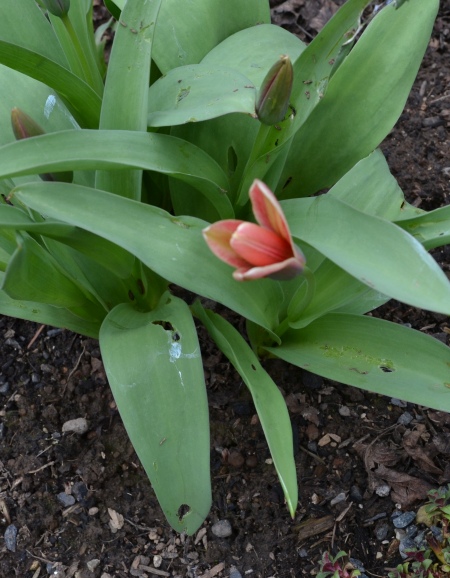 These, however, are increasing at a satisfying rate. The first of the Tulipa kaufmania ‘Shakespeare’ will soon be joined by dozens more. Cloudy days leave them closed up like this, but all it takes is a few stray rays of sunshine for them to open fully and show their hidden beauty. 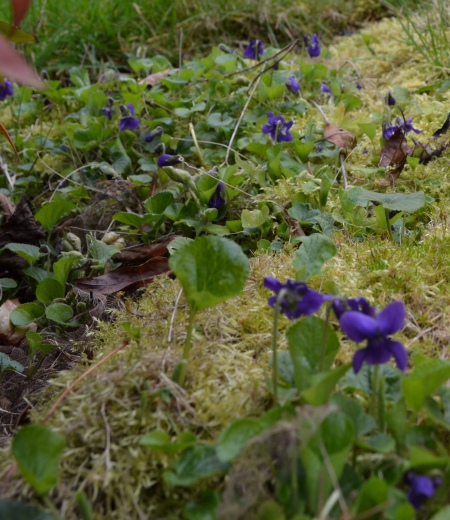 A fragrant ground cover of common violets has the sense to bloom early, when there is little competition. A few stems in a tiny vase can scent an entire room. 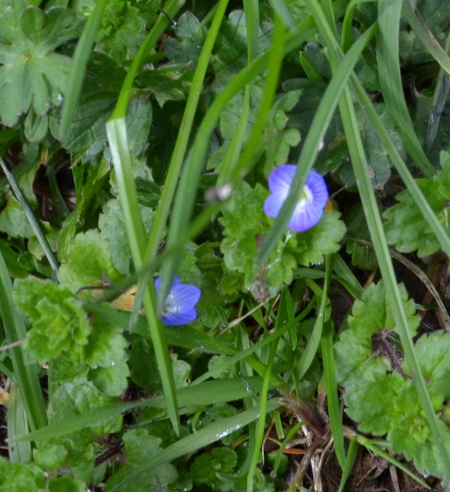 People always seem to be seeking blue flowers, so I leave this rampant weed to flower wherever it will not out-compete things I’m trying to baby along. Anyone know what it’s called? 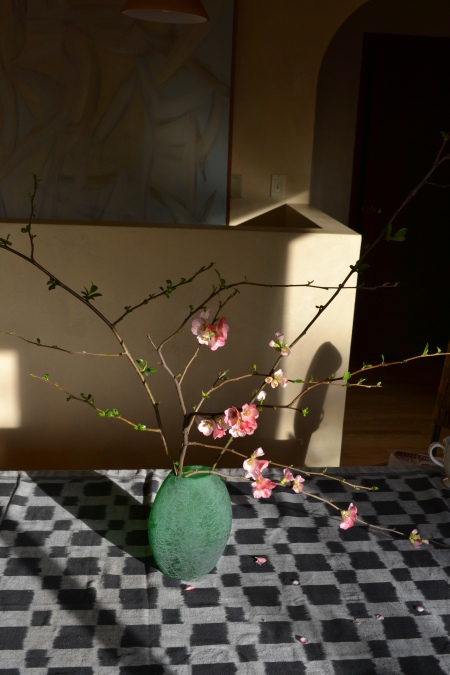 I’ve never been fond of the screaming salmon color of the quince we have, but if I cut a few branches just when the buds are beginning to swell, they bloom indoors in lovely pale, blushing shades. 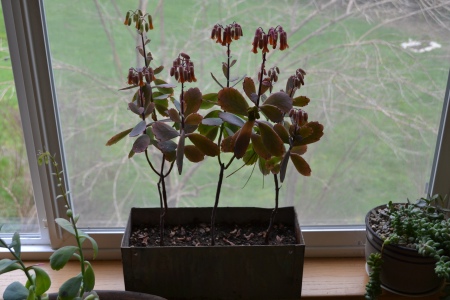 And I love the pale orange sherbet shade of the Kalanchloi fedtschenkoi, which just illustrates how quirky and opinionated one’s color sense can be, with the fine line between “screaming salmon” and “pale orange sherbet”. Speaking of which, a new (to me) blogger, Anna Kullgren, has an entertaining essay on the subject, poking fun at Pantone’s color of the year. 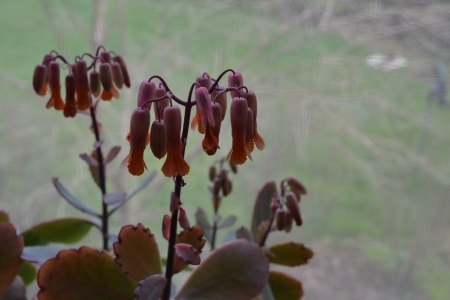