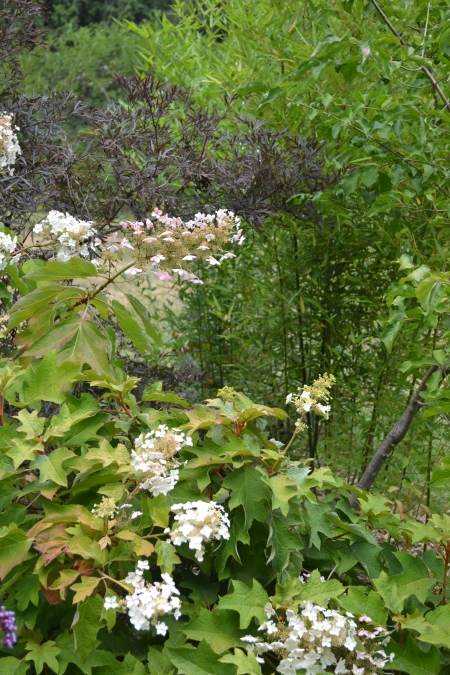 The yard is sporting its summer tan and many of the garden’s stars have left the stage. A few wily characters have been saving themselves for the final act. One of these is Hydrangea quercifolia. It is finally in full bloom after weeks of warm-ups, but the real show will begin when the foliage begins to turn color. 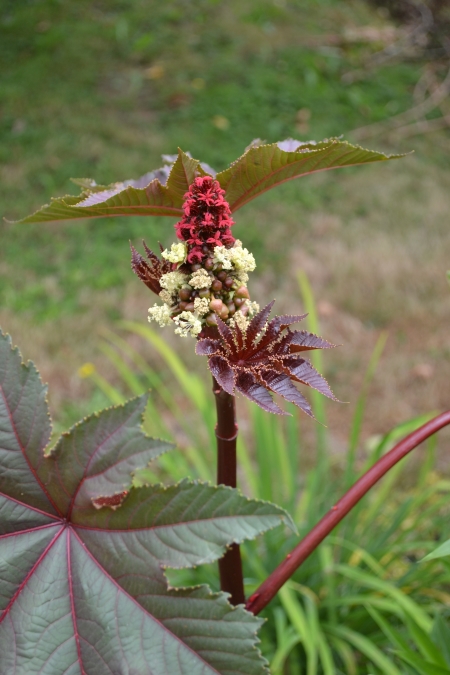 I saved seed from the Castor Bean, Ricinus communis, and started several, but the only one that took did so in his own place in his own time. It’s not a very impressive specimen, but I do love the oddball flowers. 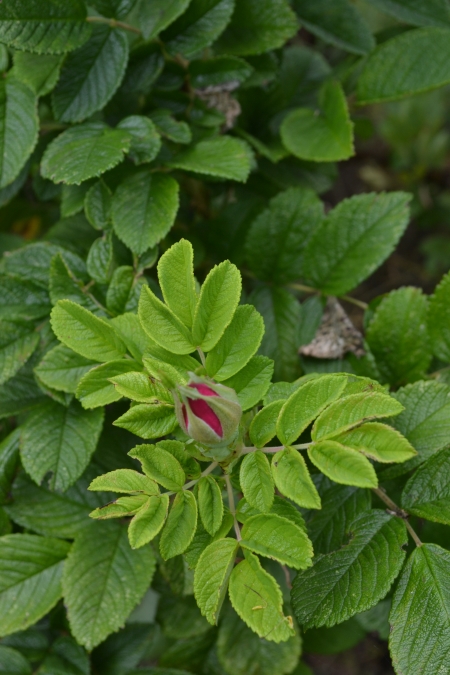 Out along the fenceline, Rosa rugosa ‘Buffalo Gals’ has become a substantial shrub and continues to pump out blooms over a very long season. I happen to like these gals best in tight bud. 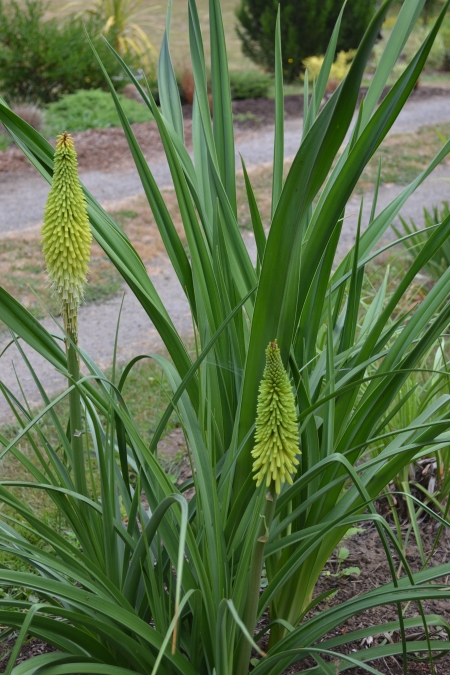 The parent plants have dozens of flowering spires, but Kniphofia ‘Percy’s Pride’ is so accommodating that even these new divisions put out in their first year. 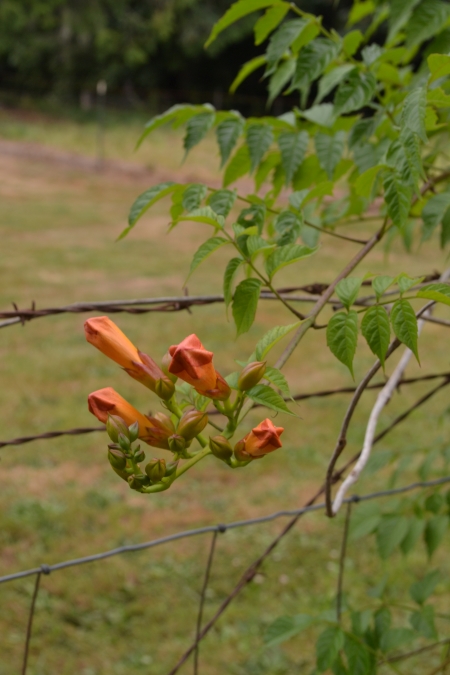 Some things get better with each passing year. One such is Campsis x tagliabuena ‘Madame Galen’, draping herself over the top of the fence. 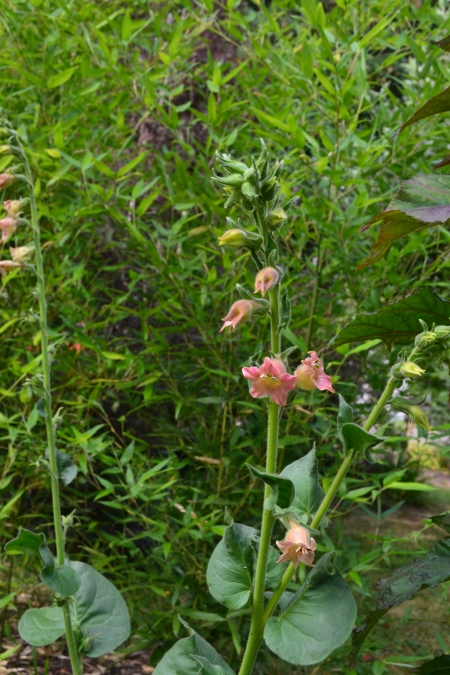 I started a few annuals from seed, not knowing quite what to expect.
The seed packet referred to Nicotiana glutinosa as “Peach Screamer”, 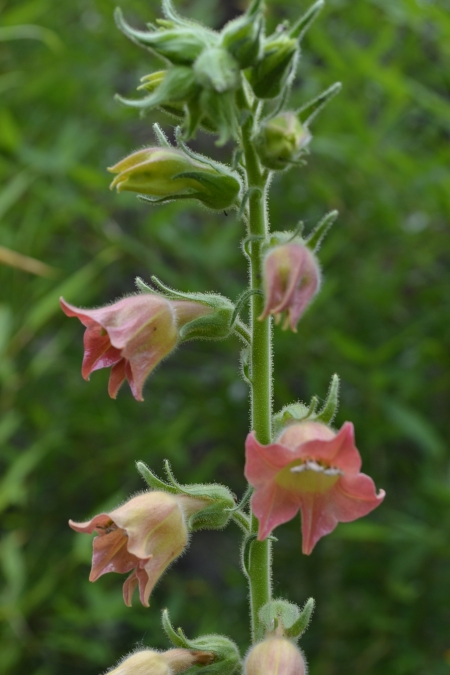 but these demure blossoms look to me more like they would speak in a whisper. 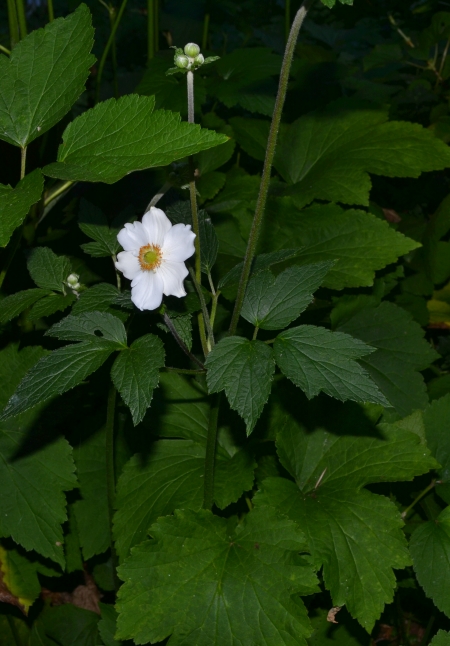 I always look forward to the late arrival of Anemone ‘Honorine de Jobert’. The first few to open are a startling contrast to the dark leafy background 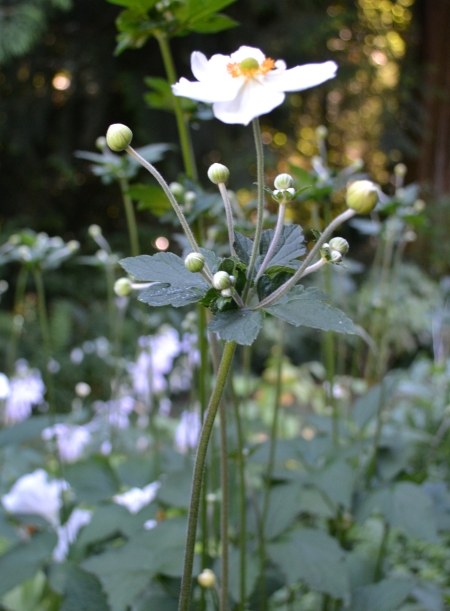 and I especially like all the little round balls of buds that will eventually add to the display. 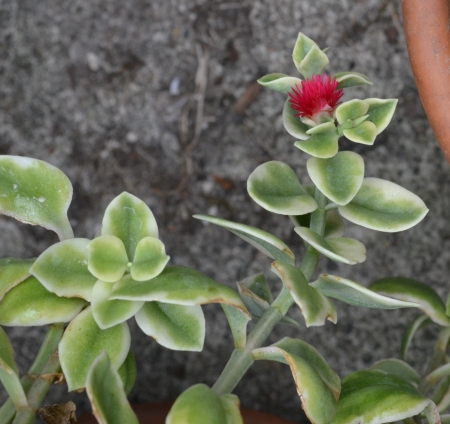 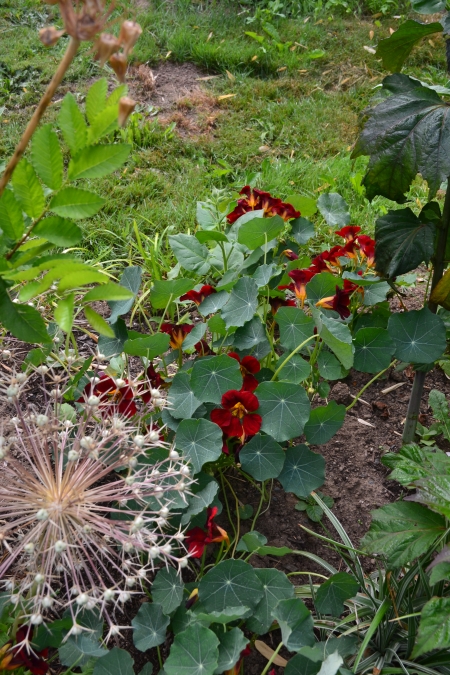 All of the annuals, like this Tropaeoleum ‘Empress of India’ do a great job of filling in with ongoing blooms while the remains of Alliums continue to contribute interesting notes.

I’ll stop there and send you over to May Dreams Gardens, where Carol plays hostess to flower-loving gardeners month after month.