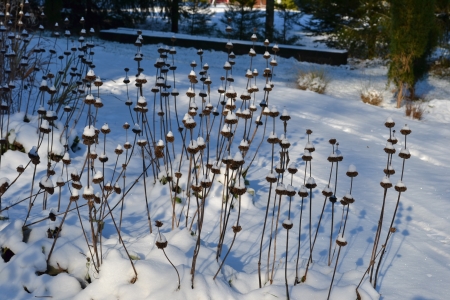 There’s nothing like a snowfall to bring out the photogenic side of a garden that was beginning to slip into a dowdy phase. The seed heads of Phlomus russeliana are always fetching, but they take on an especially jaunty air with caps of snow.

So cute, in fact, that I couldn’t stop at just one photo. 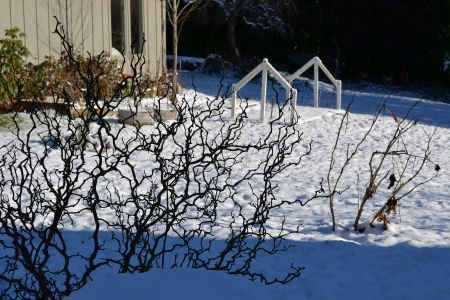 I featured Poncirus trifoliata ‘Flying Dragon’ in the last post, but its quirky tracery of twisted branches really shows up against the snow. 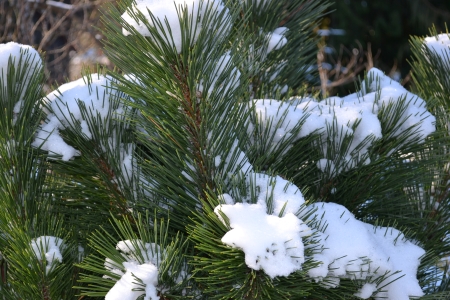 It has been so cold that the snow is dry and light. I can just enjoy the way it nestles into the ‘Thunderhead’ pine instead of worrying about it weighing down the branches. 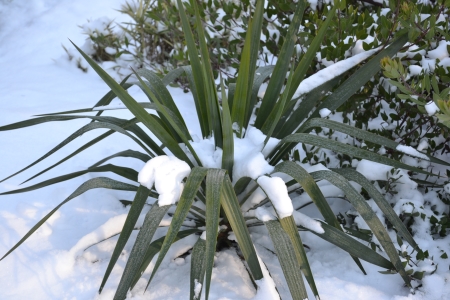 The NOID Yucca from Ryan seems to be sailing through the cold snap. 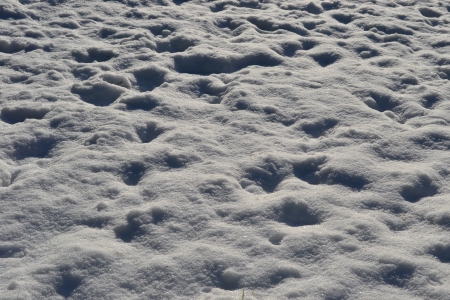 It was a mere two inches of snow: not enough to even out the surface where it fell on rough grass. It almost looks like clouds as seen from above.

The bottle garden pretty much disappears during the high season, but here it catches the light and is set off by just the snow and an autumn fern. 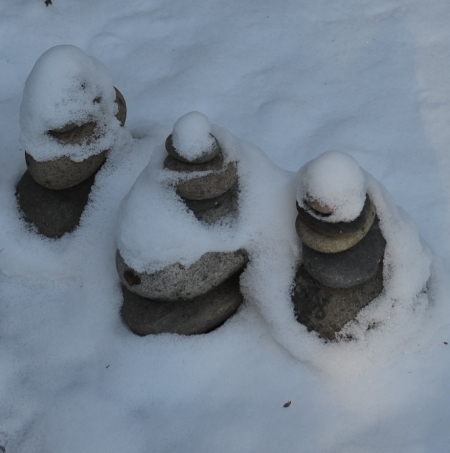 Even my silly little cairns acquire an aura of mystery when partly hidden by snow. 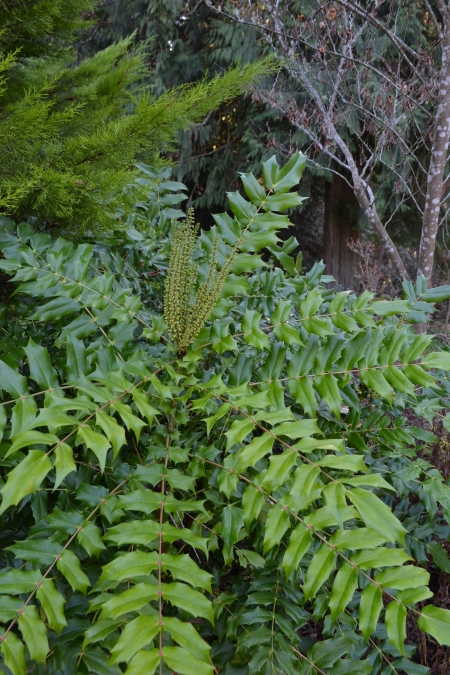 This is about as far along as the blooming trusses of Mahonia ‘Arthur Menzies’ have ever progressed before being blackened by a freeze. 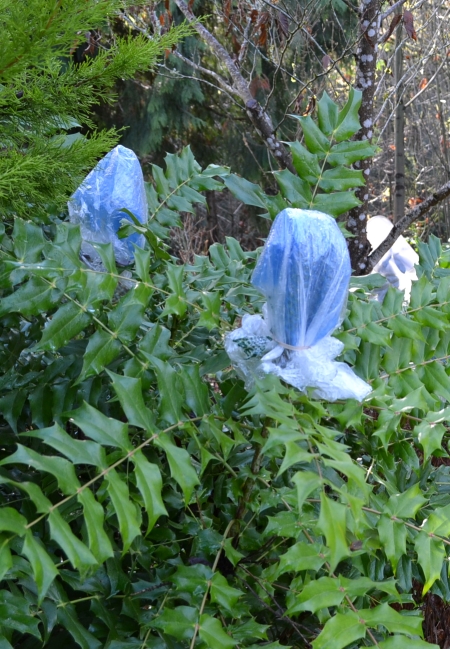 This year we had plenty of warning, so I wrapped the trusses in bubble wrap, covered with a plastic bag and secured with a rubber band. I read somewhere that bubble wrap is not a good insulator for pots. Any thoughts on that? 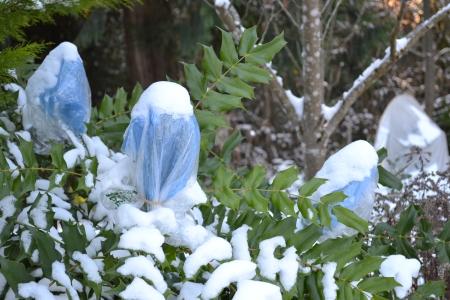 Time will tell, but at least I tried. I sure would like to see this thing in full bloom some day. 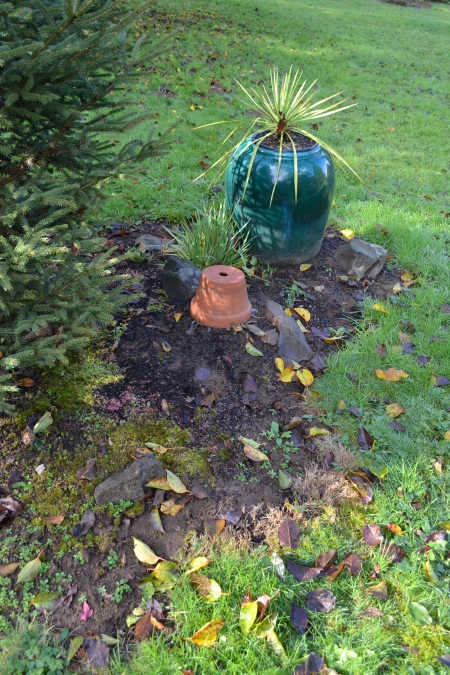 A few things got the overturned pot treatment and many potted plants are clustered on the deck. As cold as it is, these precautions may be entirely inadequate. 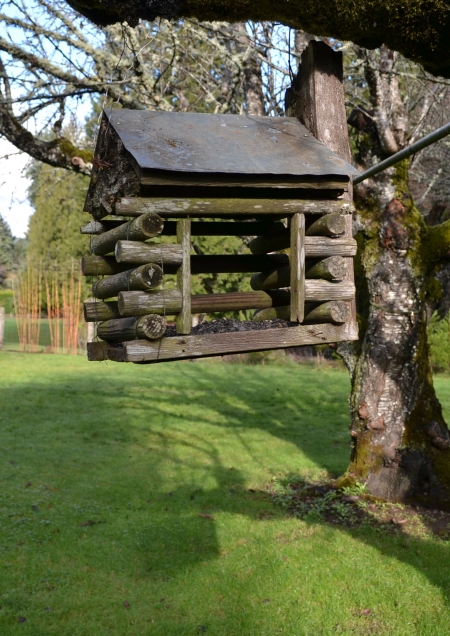 The bird feeders got filled. The birds got so excited once the snow arrived that I had to refill a couple of times a day.

Some suet for good measure. 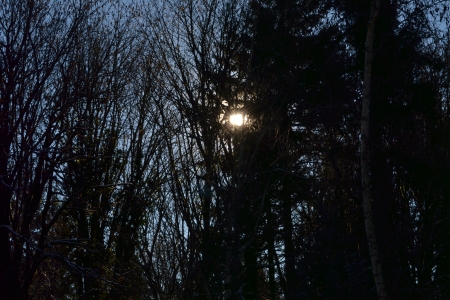 The sun moves in such a low arc that taking pictures at mid-day is almost like late afternoon. Love that winter light.