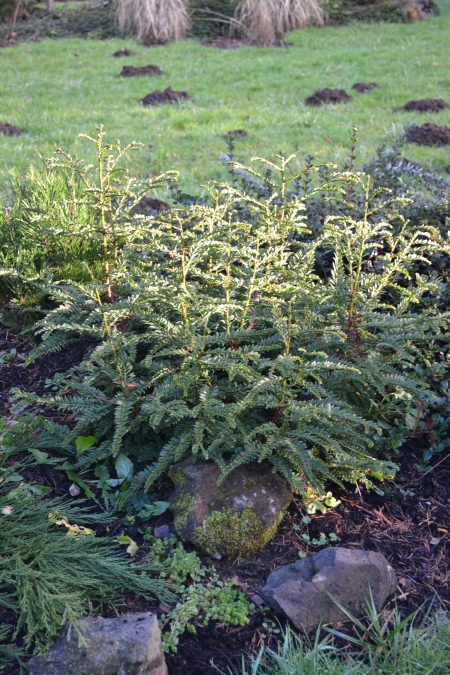 I fell in love with this plant when I saw it in Darcy Daniels’ garden. I had a small urban garden at the time, so Amy warned me off, saying it would reach monstrous proportions. Now that I live where such considerations are moot, I couldn’t wait to indulge myself. 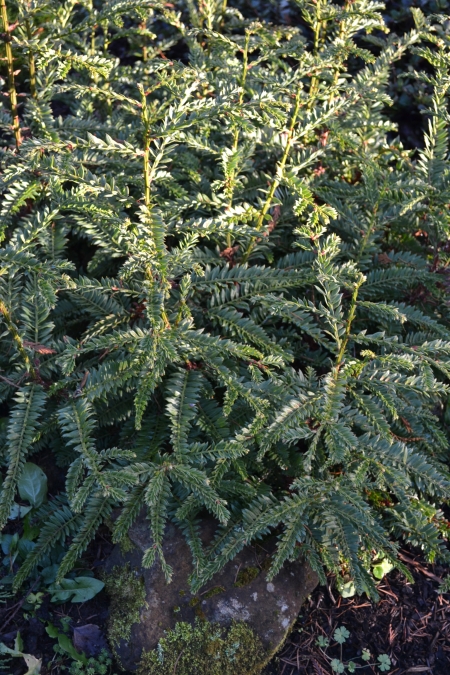 It forms a dense mat and I have visions of it sprawling far and wide. Much to my surprise, I’ve seen it reaching for the sky instead, most notably in Julie’s Portland Tree Tour blog, here. She refers to it as a broad leaved evergreen and backs that claim with some swell close-ups. Mine is starting to send up leaders, but I’m told that if I cut those out, it will continue to sprawl and spread along the ground. We already have plenty of vertical elements in the “Berm of Sorrow”, so that is what I will do. 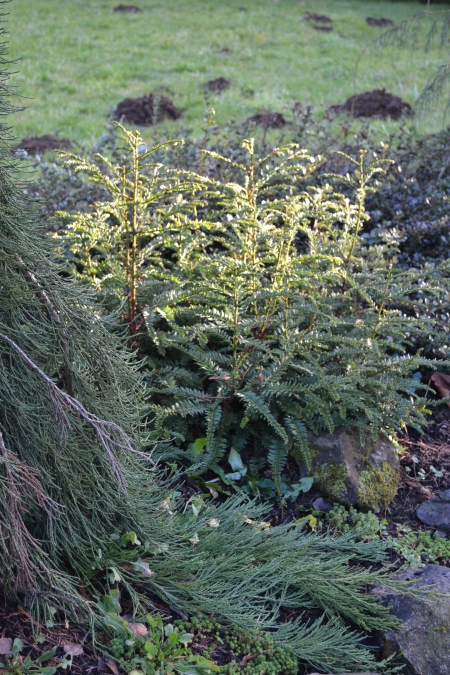 Pay no attention to the molehills in the distance. Those are my least favorite feature in the garden right now. You can visit Loree here to see her fave and the faves of her fans in her comments. Join in, won’t you?