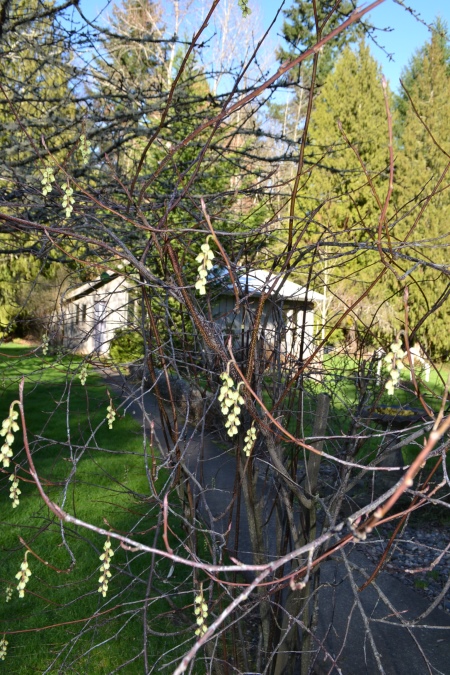 The dangling blossoms of Stachyrus praecox appear on bare branches in late February. The Outlaw has a much more floriferous one in his Bloom Day post. It may be because I put mine in the wrong spot and keep cutting it back. 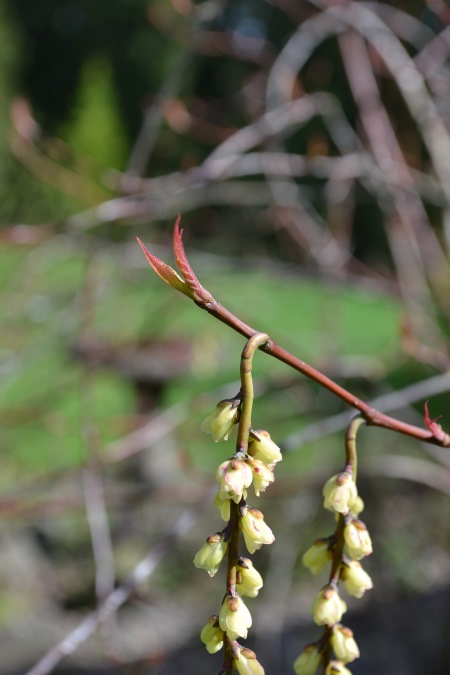 Long lasting, the flowers are hanging on even as the plant begins to leaf out. 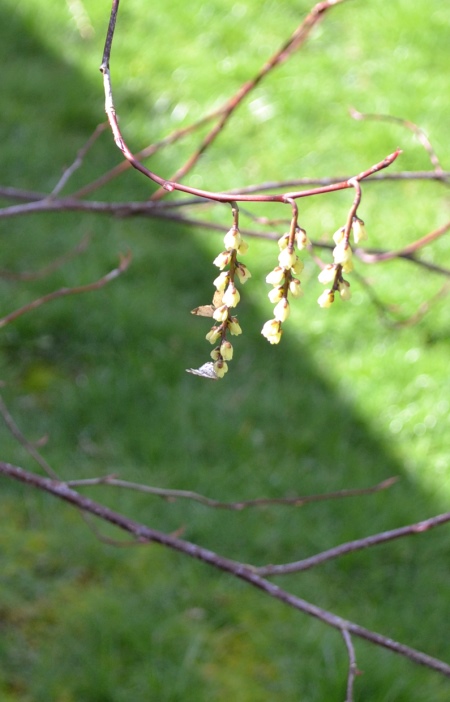 Try as I might, I couldn’t get a decent shot of the tiny, pale yellow butterflies with brown markings that arrive with the flowers. There are two of them clinging to the raceme on the left. They flutter about the bush like a cloud, then disappear once the flowers fade. 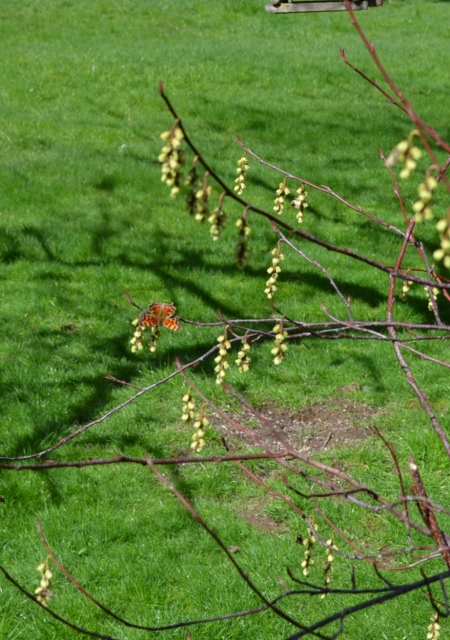 I don’t know my butterflies, but this orange one, a type I’ve not seen here before, flew in to see what all the fuss was about. I’ll refer you to Backyard Gardener for specifics. I wrote about it once before here while still laboring under the false assumption that I had procured the plant in a photo I’d been carrying around. I later determined that the photo was mislabeled and was really Stachyrus salicifolia. I got one of those last year, but I fear it may have succumbed to our harsh winter. Danger Garden has a favorite to share, as she does every week. Check it out.