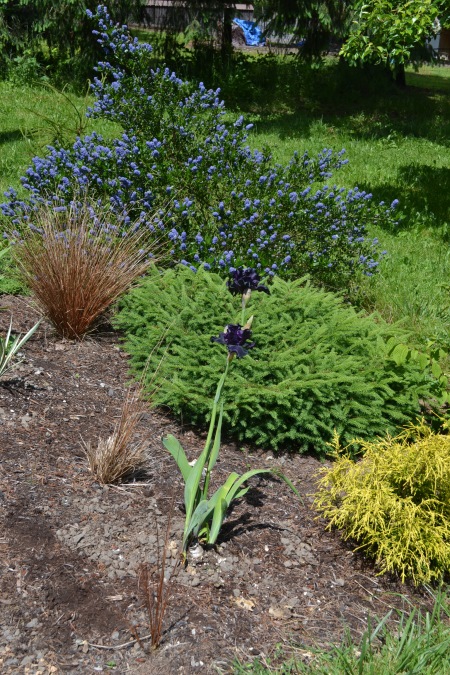 I put the new dark iris here, with Ceanothus impressus ‘Victoria’ blooming in back. C. ‘Blue Jeans’ blooms earlier, but between the gray skies and the more muted blue of the flowers, it is way less showy. 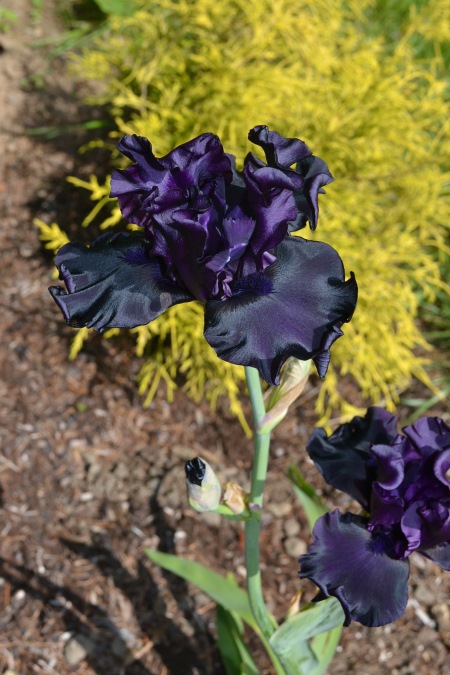 Here’s a closer look at that iris in full bloom. 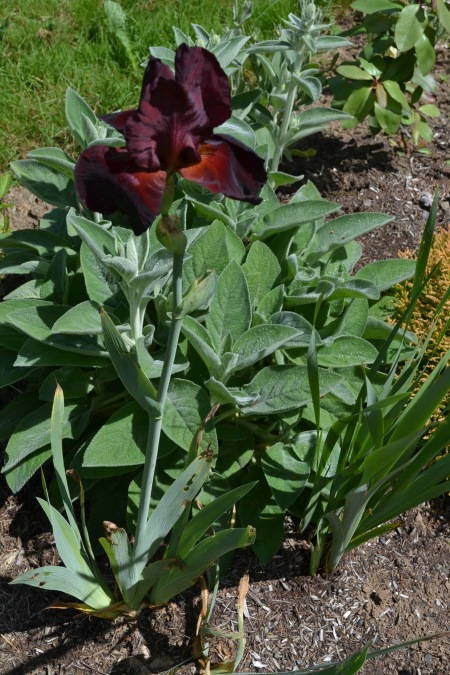 Down at the other end of Delusional Drive, a mahogany iris (again NOID) shows up nicely against a background of Stachys ‘Helen Von Stein’. 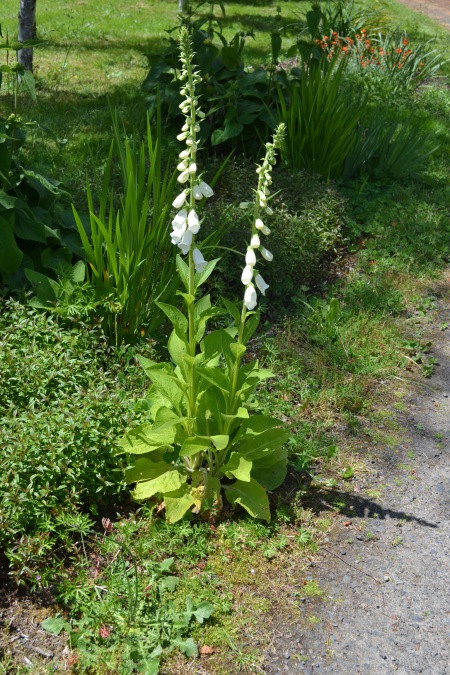 On the other side of the drive, foxgloves volunteer en masse. 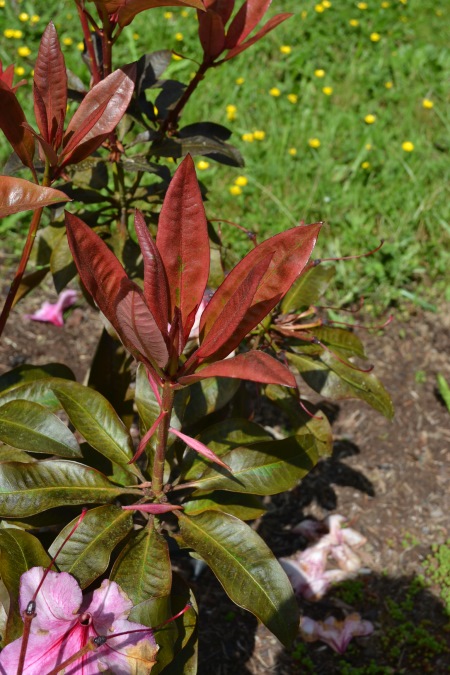 In Richard’s Berm of Sorrow, so called because he has it crammed with weeping and prostrate plants, Rhododendron ‘Ebony Pearl’ is sprouting shiny new red leaves that will eventually turn the dark color that gives it its name (much preferable to the pink flowers which, thankfully, are fleeting). 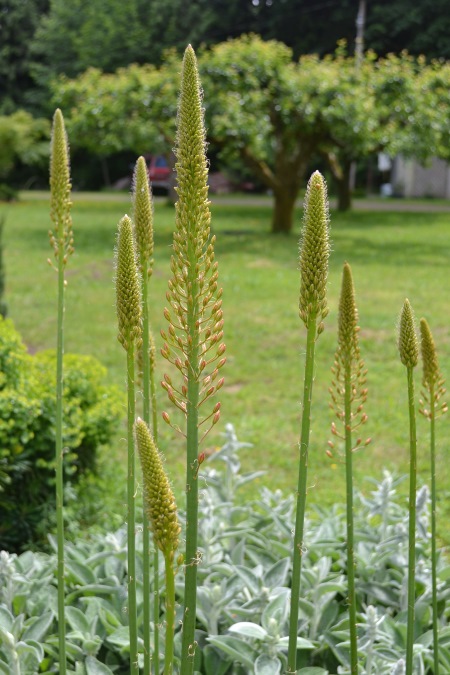 Eremurus ‘Cleopatra’ is working up to a fine showing. Cleo adds a few more stems each year. 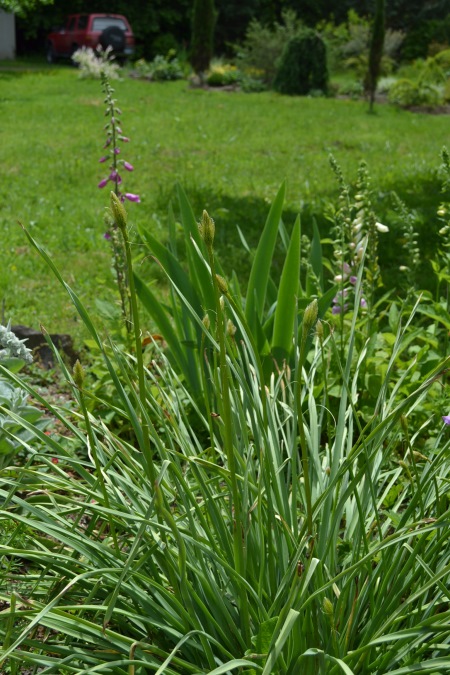 Since Cleo seemed so happy here, I move E. ‘Ruiter’s Hybrid’ to keep her company. This seems to be the sweet spot for these treasures. I’m at least as happy as they are. 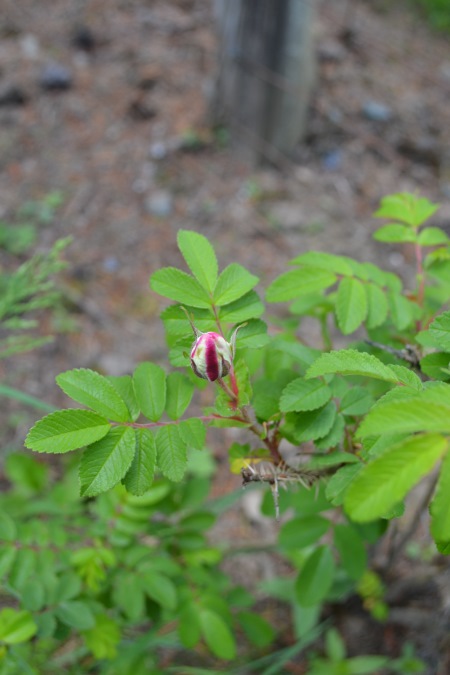 Look at the cute little candy striped bud on the Rosa rugosa ‘Alba’ I got from Anna at last year’s swap. 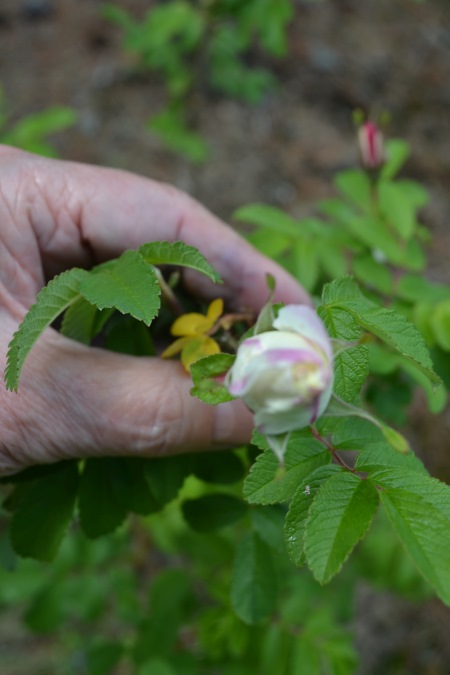 It looked like it would bloom pink, but I should have known to trust Anna. 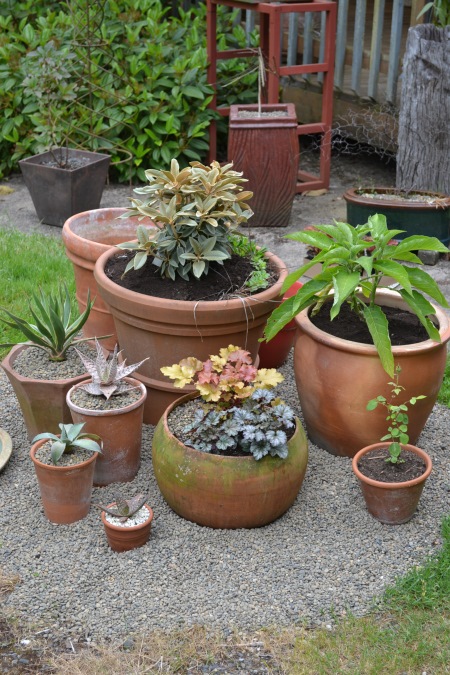 I wanted to cluster pots out front, but I didn’t want the hassle of grass growing up all around and between them. My solution was to lay down thick layers of newspaper, position the pots and fill in around them with pea gravel. 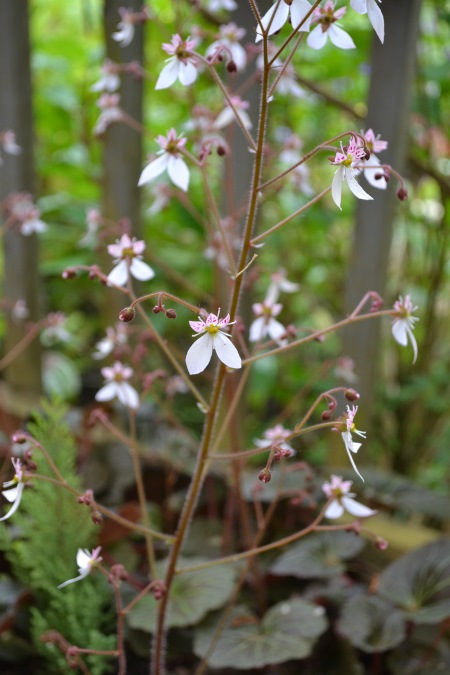 The orchid-like blooms on the strawberry saxifrage I got from Linda are light and airy. 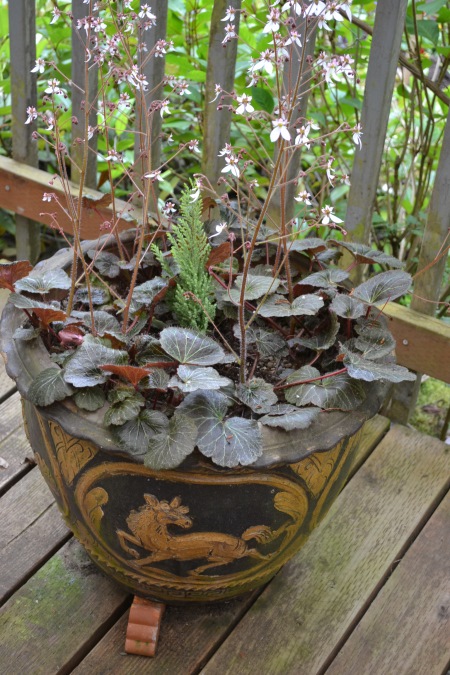 They quickly filled this big pot. A small Chamaecyparus lawsoniana ‘Somerset’ will have to do some serious growing to hold its own. 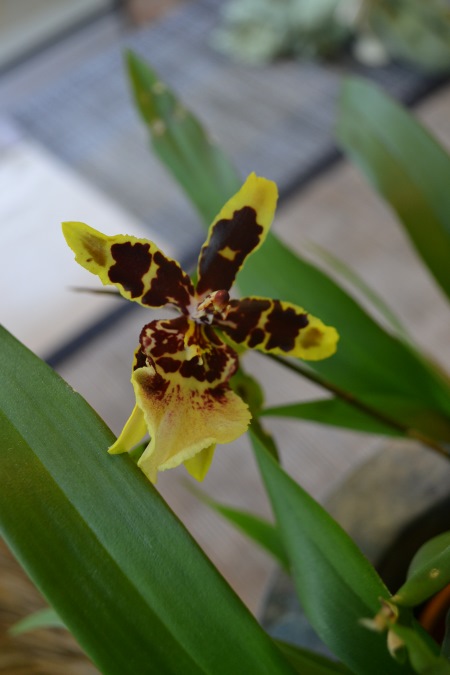 Inside, an orchid that has sat unnoticed on a windowsill is proving that neglect is its favorite kind of treatment. 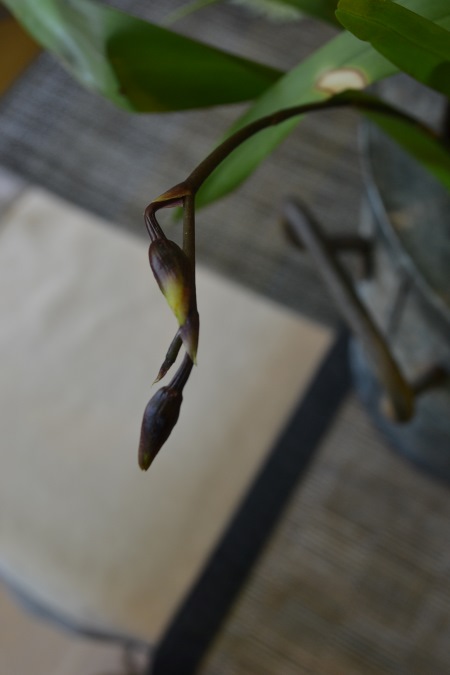 I was thinking that repotting was in order when I noticed a bud. On closer examination I found three more budding stems. 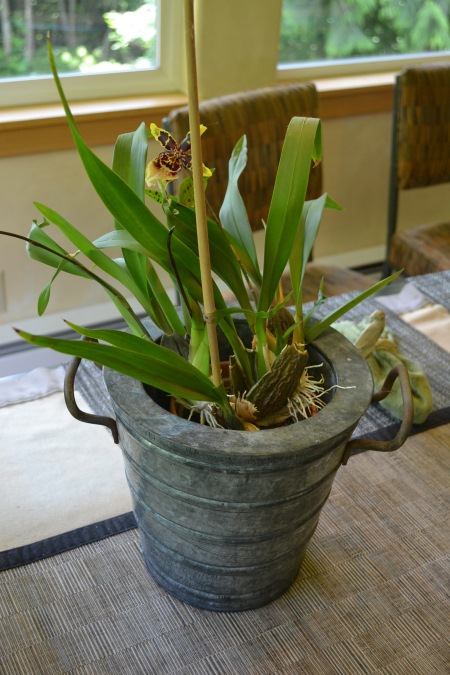 Not one to argue with success, however unearned, I plopped pot and all into this wonderful tin cachepot. Now I can look forward to several months of continuing beauty. These are just a few of the highlights revealed by a stroll in early June. How is June unfolding at your place?