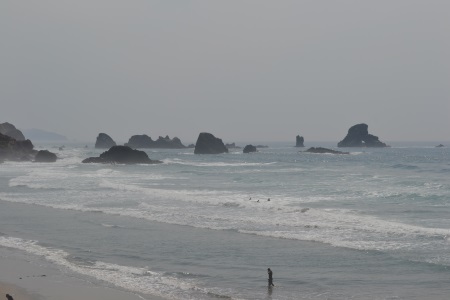 Just looking at this photo makes you cooler, doesn’t it? As temperatures soared in Portland yesterday, we beat a hasty retreat to the coast, just a short drive away. 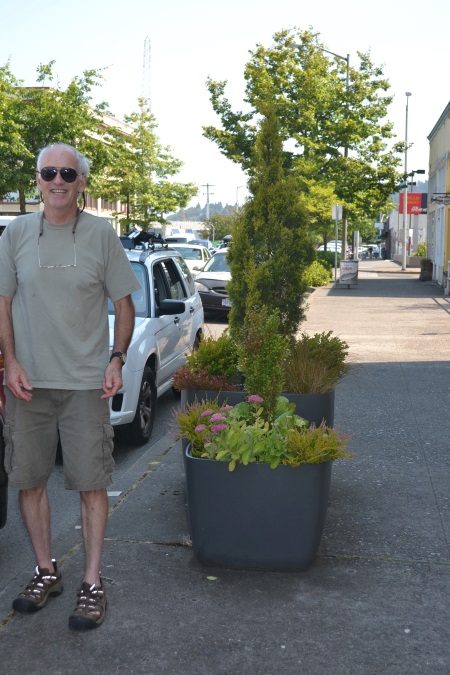 First stop, Astoria, where it was still hot. We found a breezy outdoor cafe where we could fuel up on good coffee and a pastry and do a some people watching (lots of interesting, artsy types around Astoria). 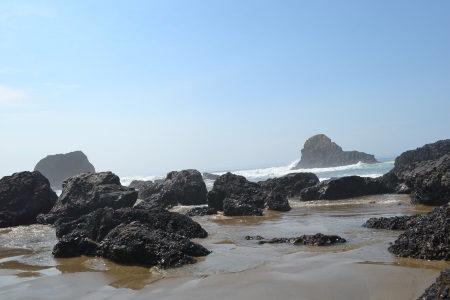 A little bit south, entering Cannon Beach, we decided to take a side trip to Ecola State Park. At the pay station we were advised to go first to Indian Beach to avoid the gathering crowds and a long wait to gain entrance. This is what we found: aaah…cooling off already. There were photographers everywhere, intent on capturing that perfect shot  of the ocean spray as the surf crashes on the rocks. I’m afraid it was beyond my humble talents. 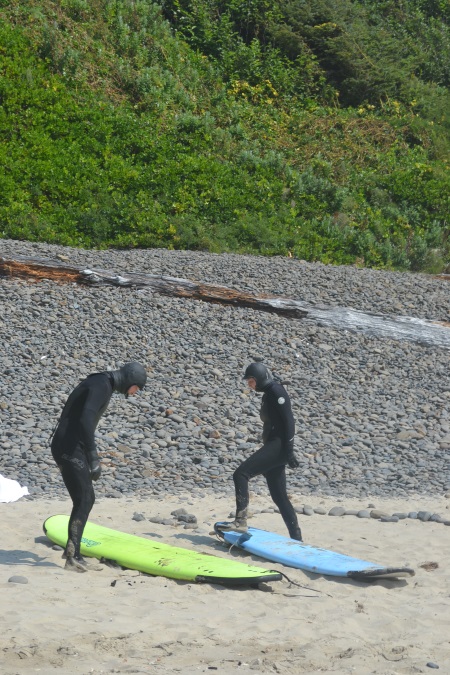 Surfers were out in force. Such fun to watch, as they catch the occasional perfect wave…and wipe out on others. 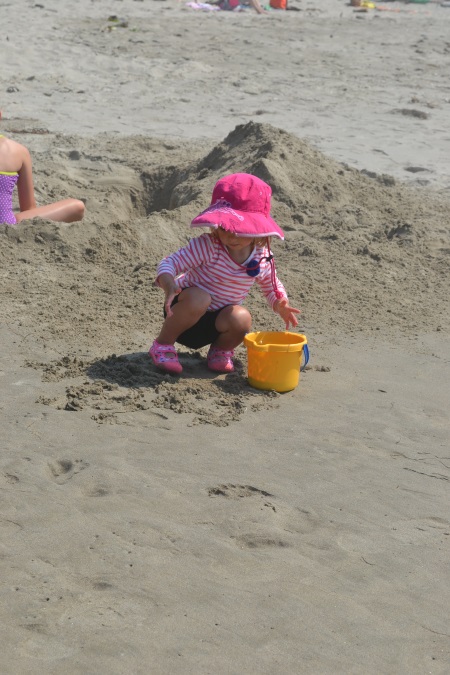 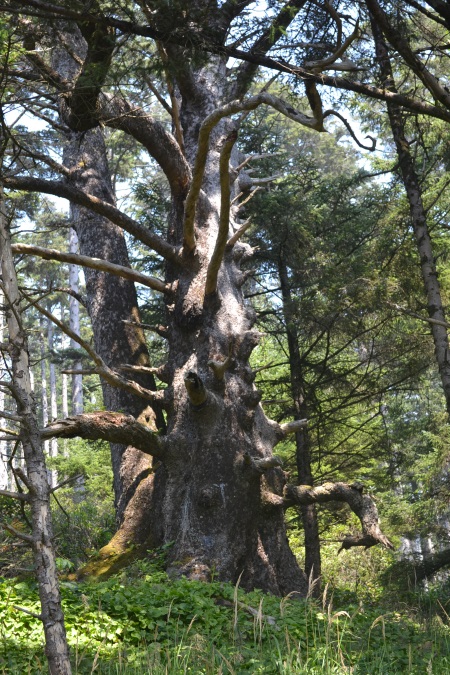 The beach is surrounded by primeval forest and hiking trails that connect to the Pacific Coast Trail…another day, perhaps. 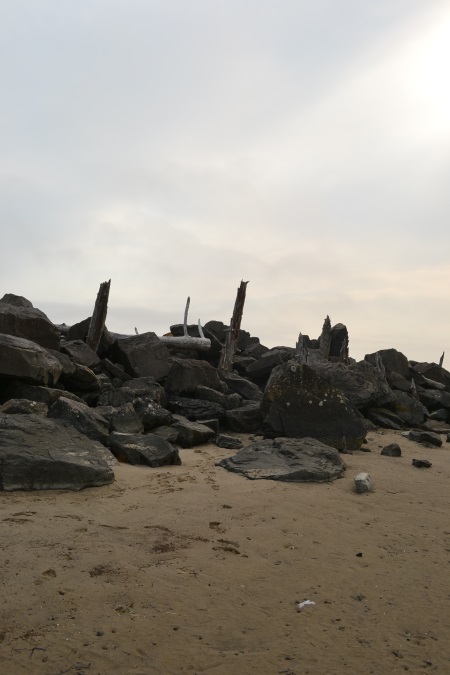 Further down the coast, we stopped in Garibaldi, where a long rock jetty extends far out into the bay. 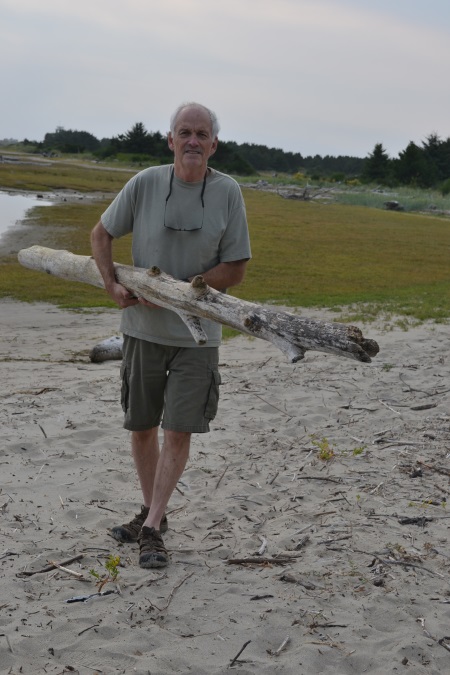 Driftwood piles up on the shore. One nice piece came home with us. It’s that whole beachcombing thing. 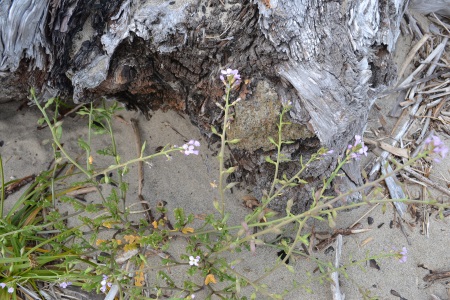 I know…you want to know about the plants. Some really tough customers were growing and blooming right there in the beach sand. Crocosmias were popping up everywhere, not only in gardens. I’m guessing they were escapees. I’ve always been impressed by the way Phormiums grow at the coast but this year they were looking a bit tattered (still living though, and huge). Asters were just coming on. They will be putting on quite a show in a week or so, and fireweed and Spirea douglasii were growing along the roadsides. 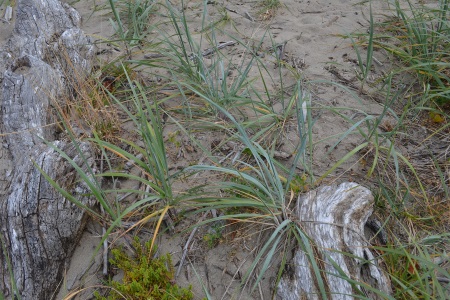 Beach grasses are tough as nails and seem to know that placing themselves close to sinuous driftwood will show them off to advantage. By this time, the fog was rolling in and it was time to seek out a nice meal with a view of the ocean (I almost like it best shrouded in fog) before heading for home, exclaiming “why do we not do this more often?”

10 thoughts on “cooling off”