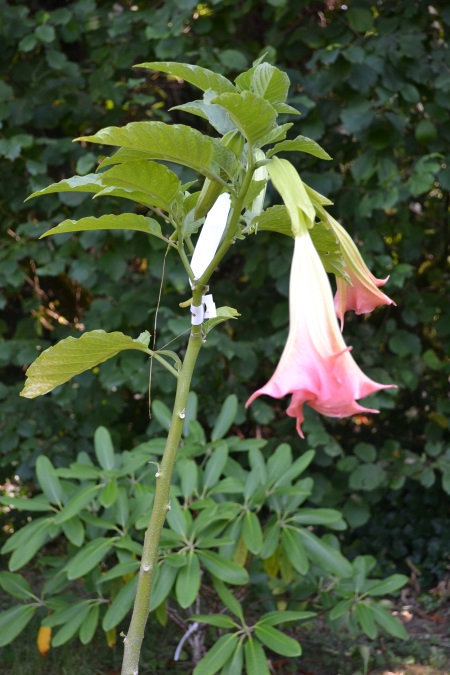 I stopped by Means to pick up a little something to plop in a pot and what should I find but this glorious Brugmansia for a mere $1.99. Who could resist such a thing? Not me. 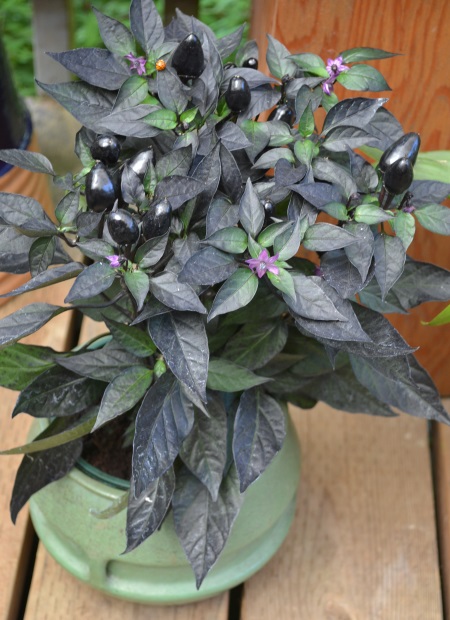 And yes, I did get this cutie for the aforementioned pot. It’s some kind of a black olive pepper, but you know how it is at Means: great deals but not always the best labeling. We can forgive them that, I think. 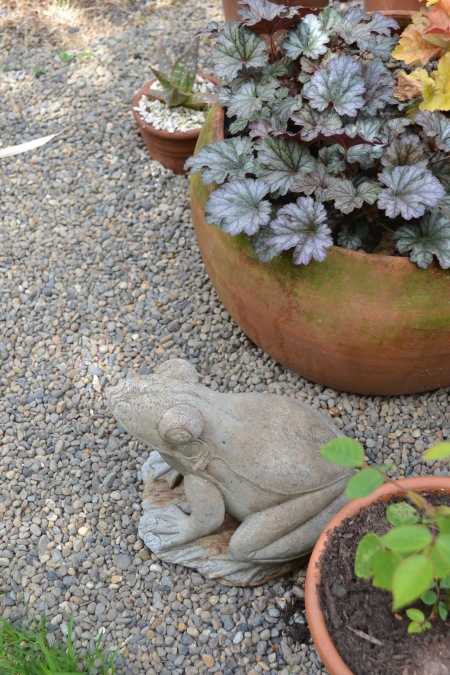 Marilyn is downsizing, so her frog came to live with us…standing in for the real thing, which is heard (mostly in the spring) but seldom seen. 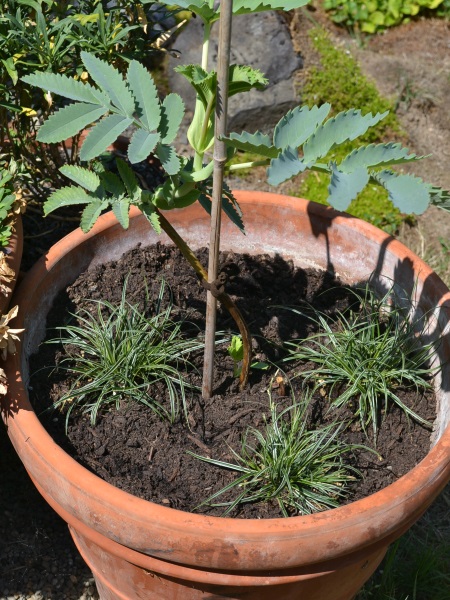 Finally, after several unsuccessful tries, I’ve gotten a transplant of Melianthus major to take hold. A recent trip to Xera turned up these cute little Carex conica ‘Snowline’ to surround it. 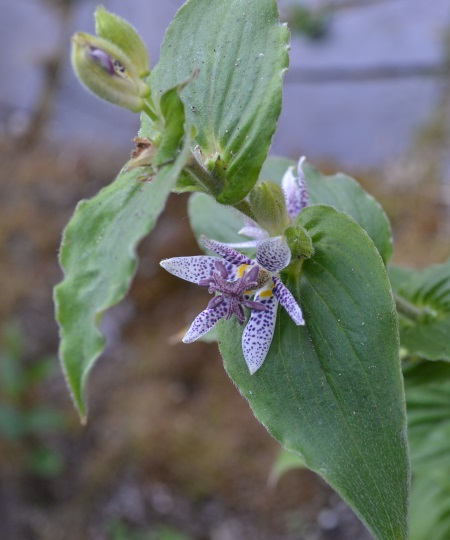 Just this morning I spotted the first two blooms on Tricyrtis hirta, the common toad lily. 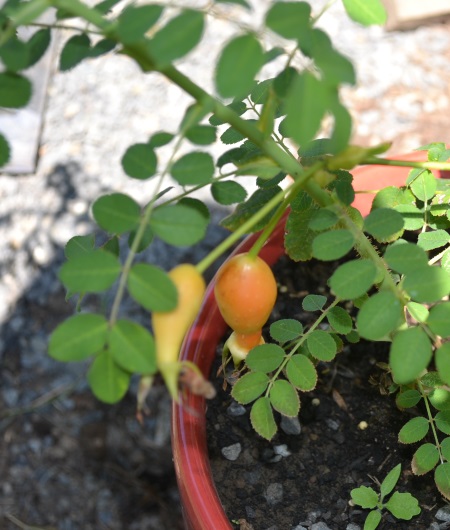 We had a mini nerd night at the Fling. Roger Gossler brought this Rosa moysoii geranium. Those hips got my attention. 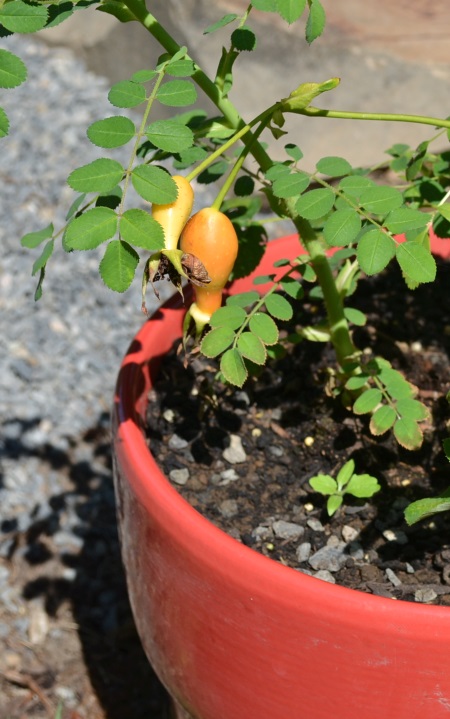 Don’t they look swell in the red pot? 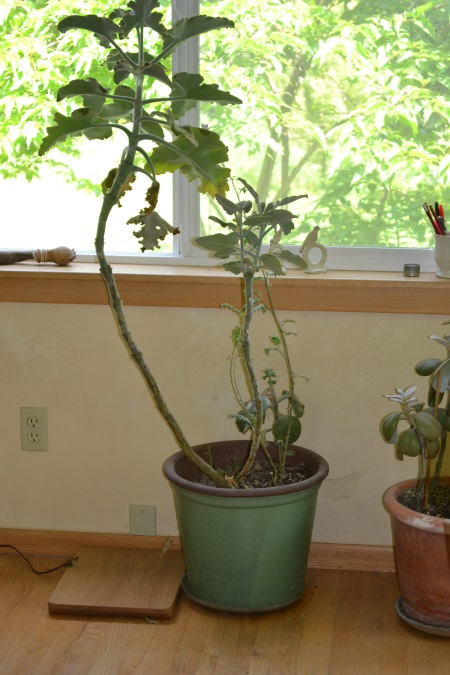 Not long ago, Kalanchloe behariensis was featured as my favorite plant. Seemingly overnight, it turned all leggy and gangly. Major surgery was called for. 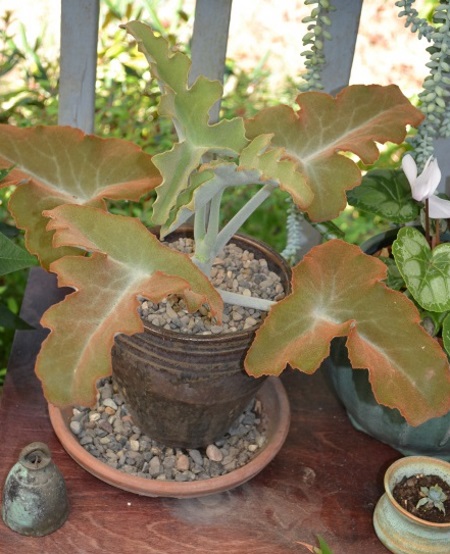 Out of one came many. 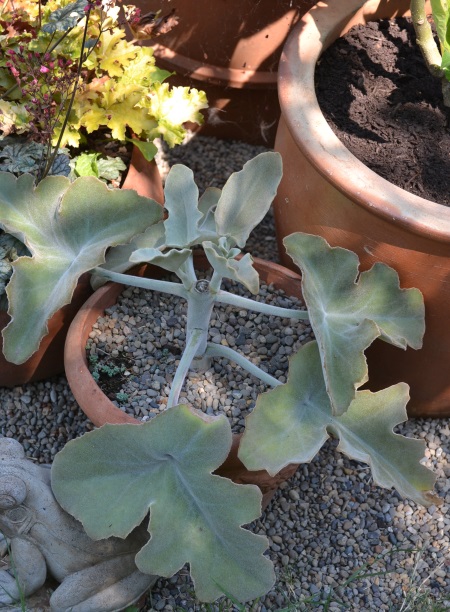 Each has a slightly different personality. 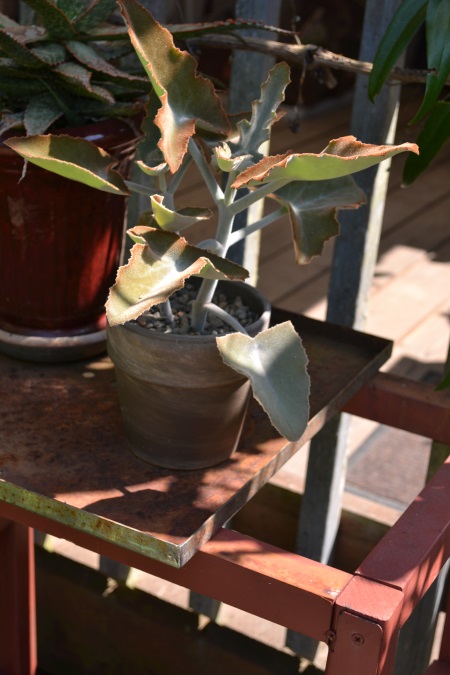 I don’t really need three of these, so at least one of them will probably wind up at a swap. 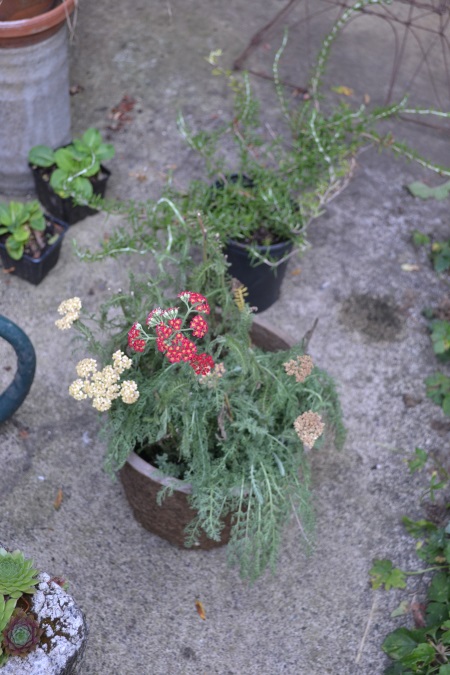 Last night’s dinner guests came bearing plants, a red achillea and a prostrate rosemary. Bill and Hilda know what I like. 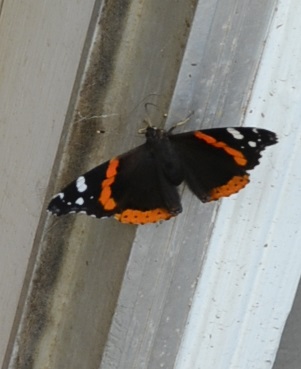 Speaking of guests, this beauty has not been seen in these parts before, so I’m grouping him with all things new. What’s new with you?