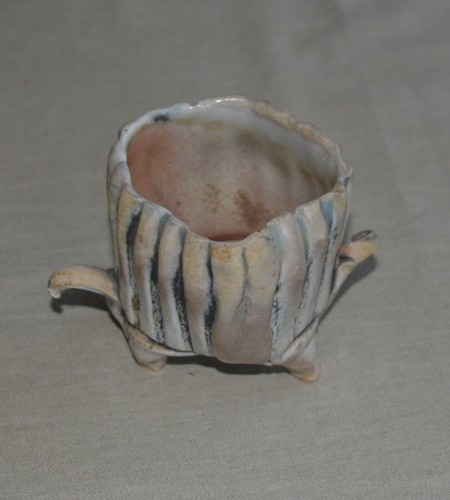 This little pot, a favorite from a local potter who has since moved on to more colorful and less subtle creations, usually sits on a windowsill holding post-its. It measures roughly 3″ in every direction. 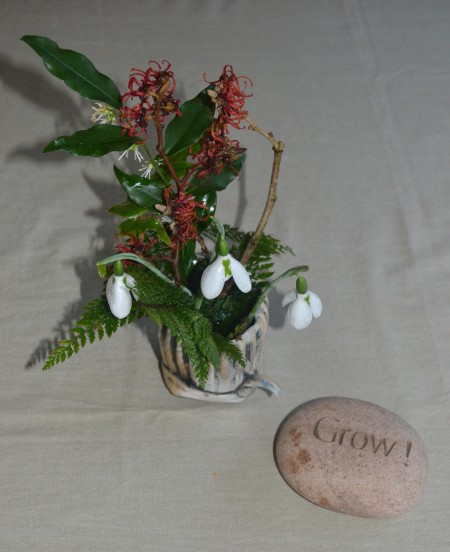 I found it perfect for the dainty cuttings of winter: three snowdrops, a sprig of Sarcacocca, some lacy evergreen fern (Polystichum setiferum I think), one dainty stem of Epimedium foliage and a small branch of Hamamelis ‘Diane’. 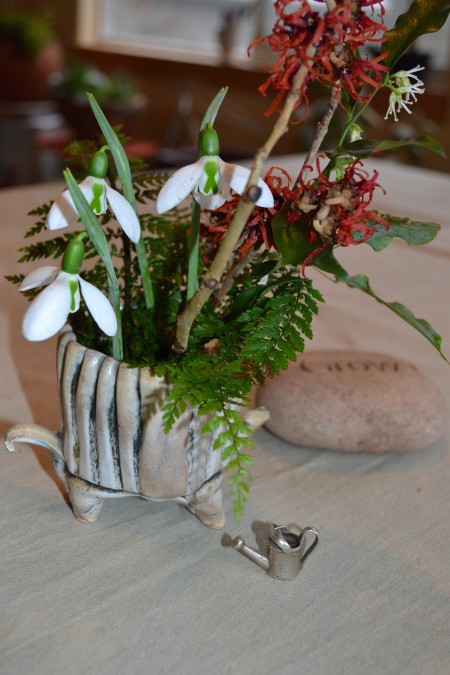 I took the cuttings and put them in the vase late yesterday…even took some photos but never got around to posting. The one advantage to tardiness is that by this morning the snowdrops had opened further, to reveal the markings. I added the small silver watering can (a gift intended as a key ring charm, but I feared misplacing it by going the way of all keys eventually) and took advantage of better light to take a few more photos. 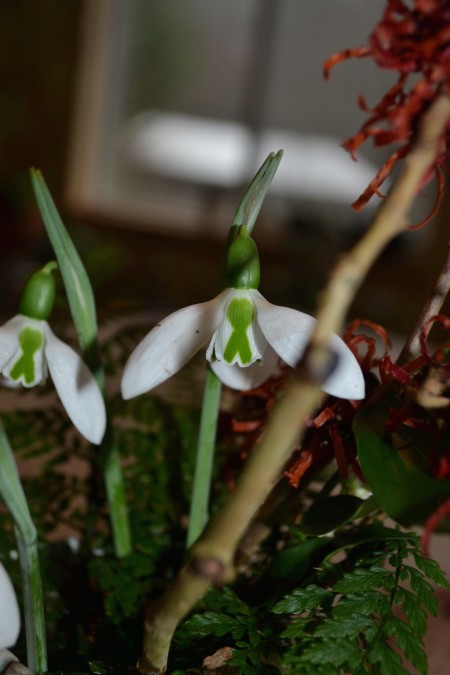 Having these on the dining room table puts them right at eye level, where the graphic design wrought by nature can be fully appreciated.

If you have been following along, you already know that this is part of a habit-forming meme originated by Cathy. Click on the link for a world of floral fun.

16 thoughts on “in a vase on monday: good things in small packages”