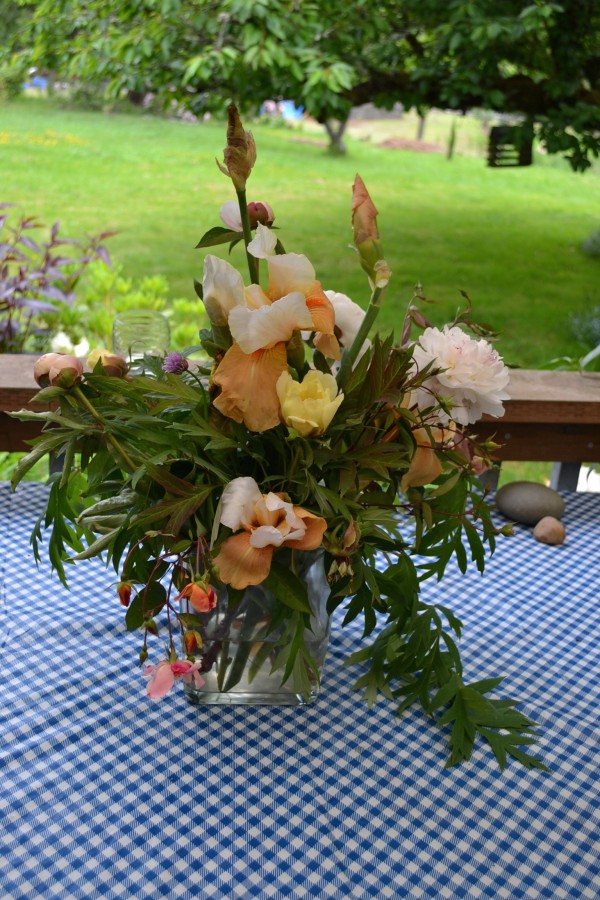 Earlier in the week, we had a storm that beat down quite a few things. I went on a rescue mission and stuffed all of the refugees into a big square vase that R brought back from the dump. I thought I would make up some smaller arrangements later. 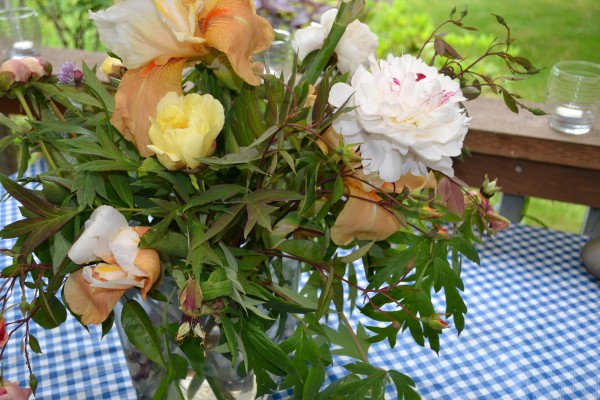 Then I got to looking at it and thought “hmmm…this could be the start of something”. To begin with, there was a bunch of foliage from the tree peony ‘Chinese Dragon’, a few NOID shrub roses, some white herbacious peonies and several bearded iris. To this base, I’ve added two stems of the tree peony ‘Gold Sovereign’, some chive blossoms and some tight buds of peonies. 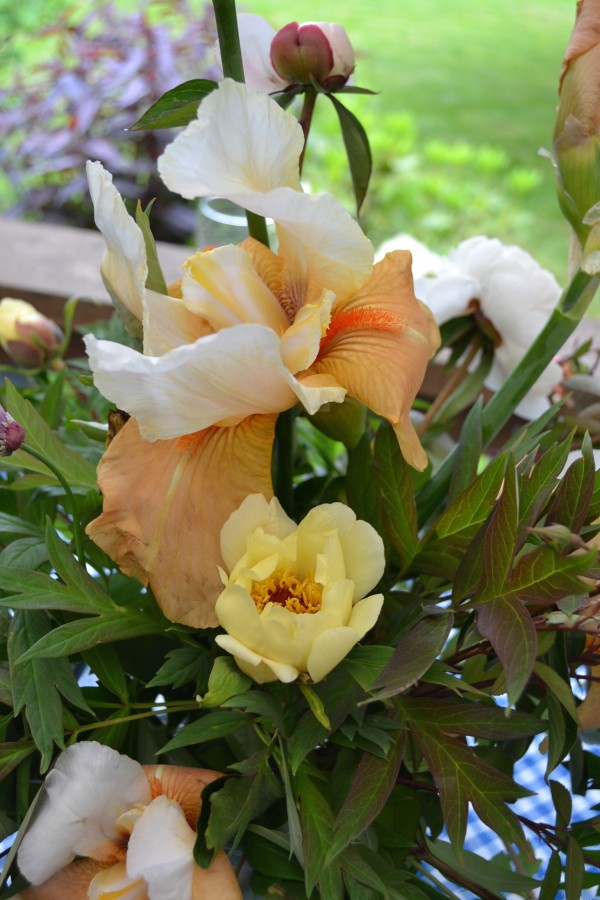 The iris blooms last only two or three days, so the bouquet needs constant tweaking to remove faded blooms. The tightly furled buds will take over as the exhausted ones give out and are removed. It speaks me of the abundance and changeable nature of the season. Visit Rambling In The Garden to see what Cathy’s got up her sleeve – er – in her vase.

28 thoughts on “a vase after a storm”