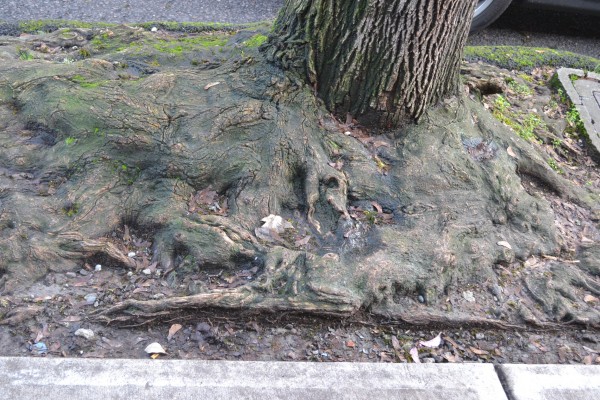 The title of Anna’s (Flutter and Hum) Wednesday Vignette this week is In Pursuit of Grey. We were wandering around downtown the other day, when I was moved to take some shots that celebrate grey. The above gnarly tree roots bordered by cement on all sides is in NW Portland near Fish Sauce restaurant (which, unfortunately, was closed between lunch and happy hour but it’s a favorite of my son). 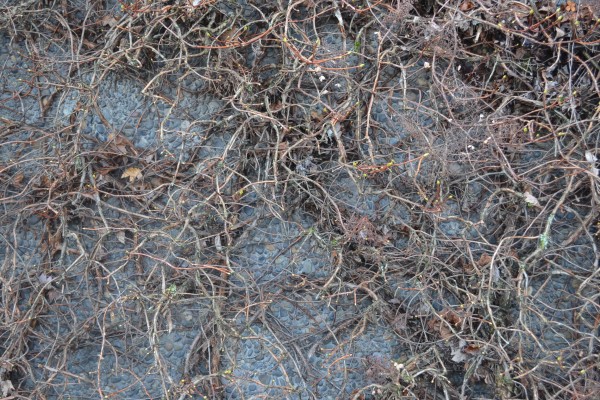 We parked across the street (anticipating a yummy late lunch that was fated not to be) where I spied this pebbly wall criss-crossed by climbing Hydrangea vines. 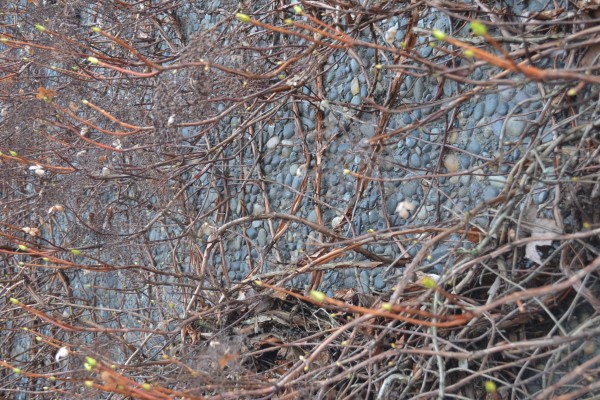 There was evidence of leafy goodness to come, but in the meantime I was charmed by the symphony in grey.

12 thoughts on “you wanna talk grey?”