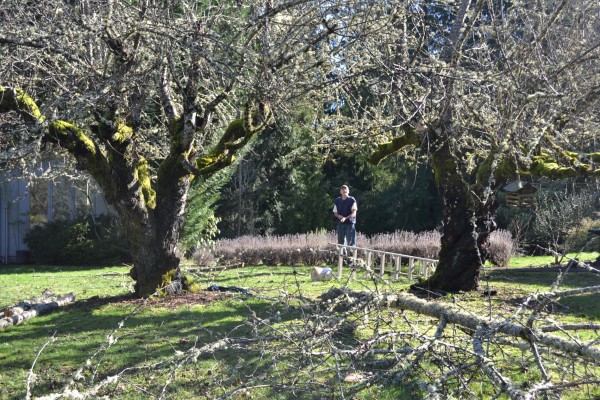 That last stretch of sunny days, R had a Great Notion. Our cherry trees had become encrusted with lichen and it seemed there was too little light getting through congested branches. So he got his Paul Newman on and did a little lumberjacking. 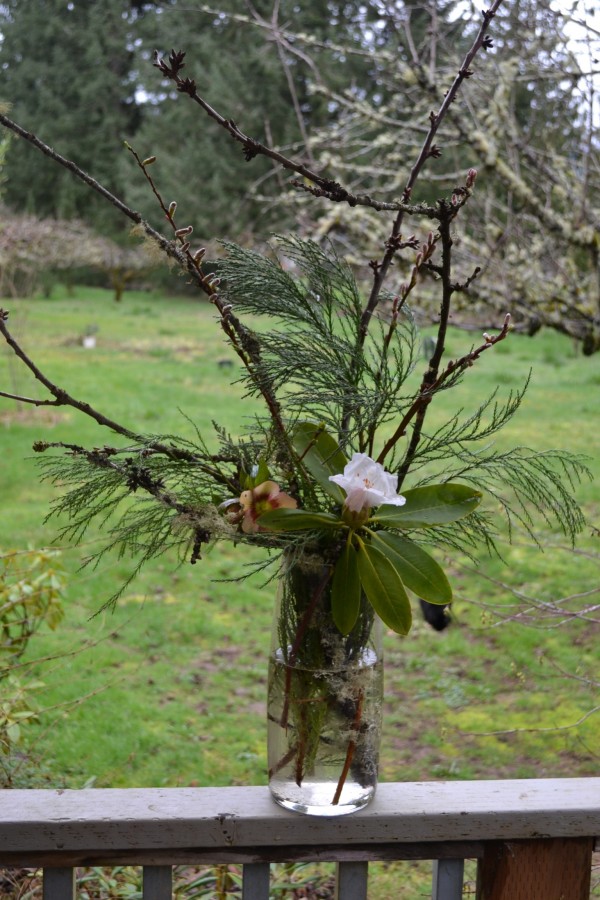 I rescued some of the budding branches in hopes of forcing them into bloom, then went in search of other material to fill out the vase. 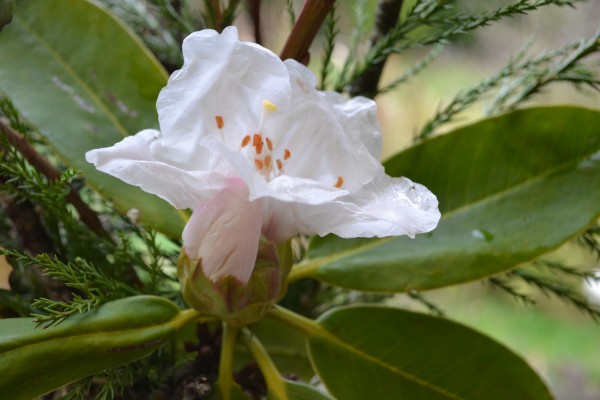 Well, what do you know…the first Rhododendron blossom was just emerging on ‘Janet’. 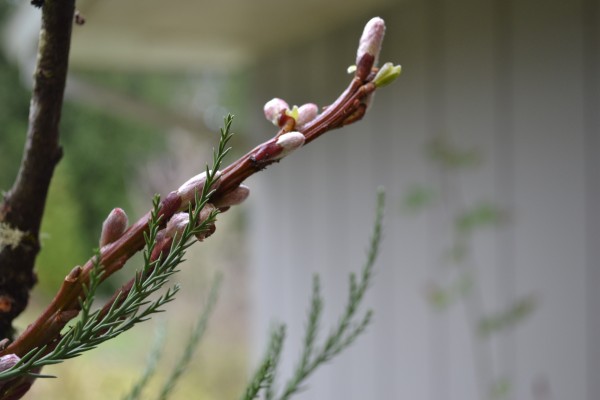 Pussy willows are rather miraculous. These were branches that came in a store-bought bouquet. After enjoying them in a vase, I stuck them in the ground and Voila! In a mere three years I have sizeable shrubs. 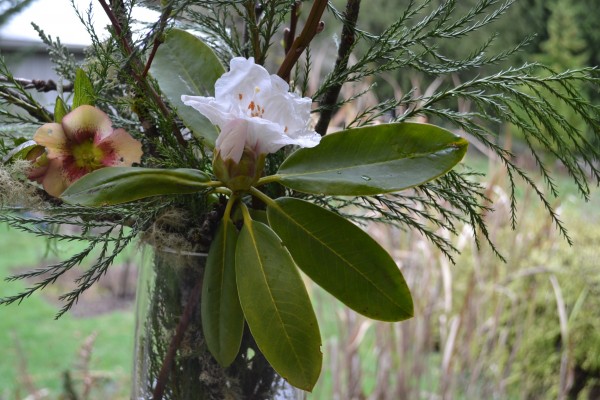 A few branches from Giant Sequoias make a feathery scrim. The slugs were feasting on Helleborus x ‘Apricot Blush’ so I picked them for their own good. Just one went into this vase. 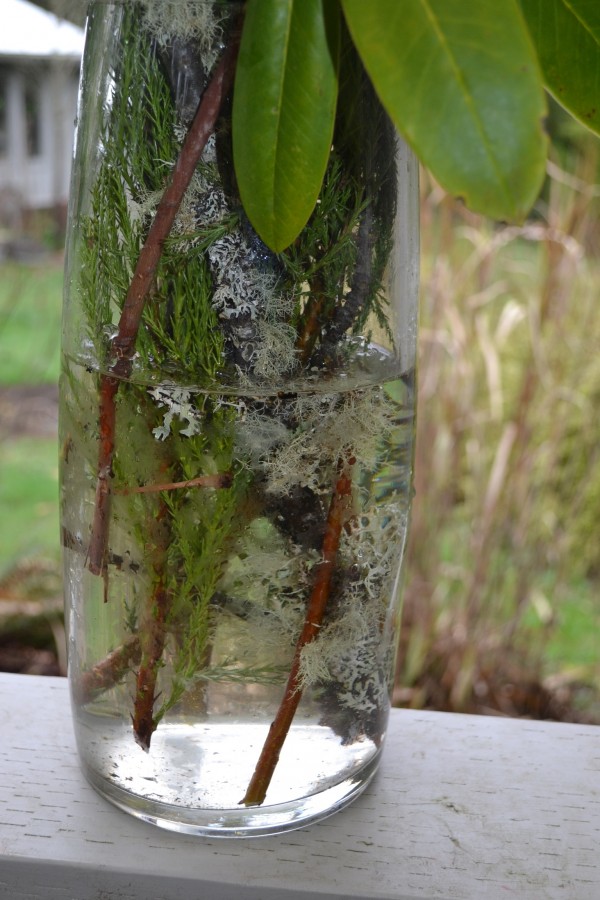 I know the pros advise stripping stems below the water level, but I like the look of the submerged lichen and greens. It will be interesting to see if they gunk up the water…I’ll let you know. Now it’s time to click through to see what Cathy (Rambling in the Garden) and her growing fan club have found to plonk in a vase this week.