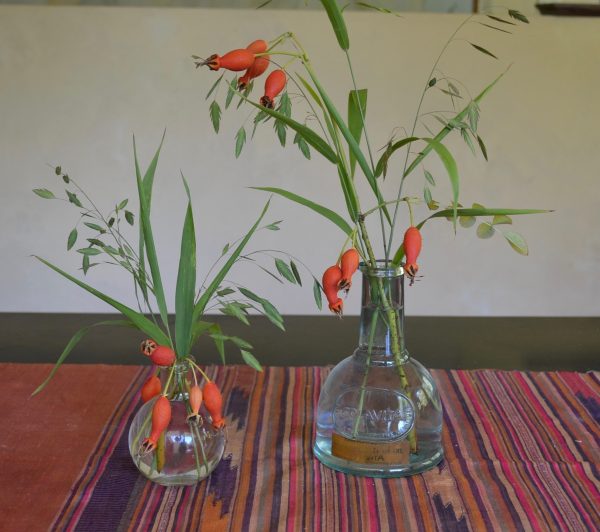 Some critter, romping around our yard, broke off a branch of the rose featured in the last post. I wanted to feature it rather than let it play a supporting role in a mixed bouquet. I’m sure Cathy, who hosts In a Vase on Monday, could make something clever of the fact that the vases chosen once held oil (the larger of the two) and vinegar. Her titles are often plays on words, which she then enlarges upon with appropriate props. 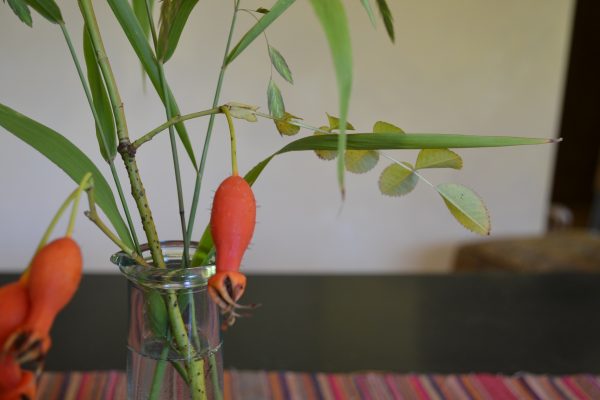 I just liked their compatibility and the way they held a few stems upright. Most of the rose’s foliage had already frazzled when I discovered the broken stem, but one sprig of decidedly un-rose-like leaves remained. I added a few stems of Northern Sea Oats and called it good. 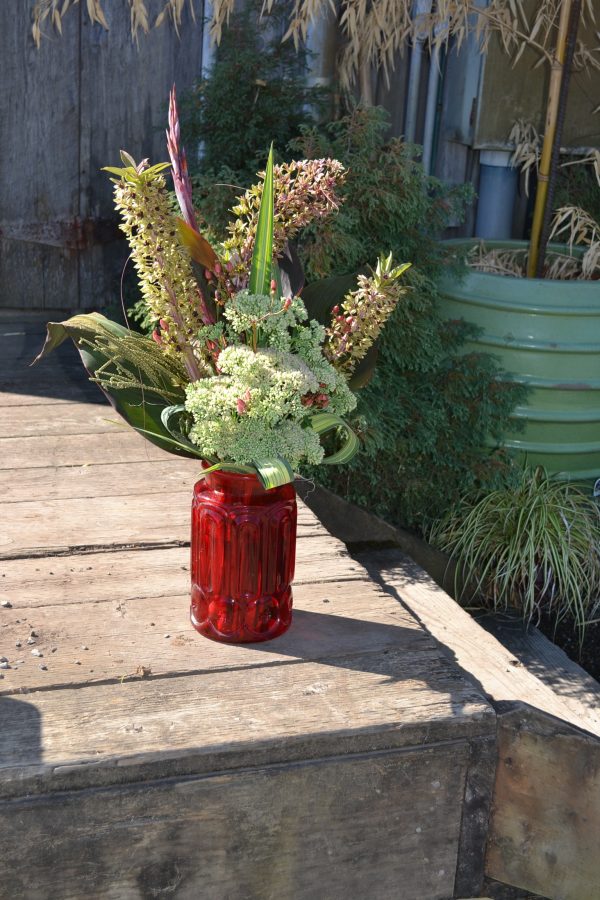 At work, the wealth of material would not be denied, so I went in the opposite direction. 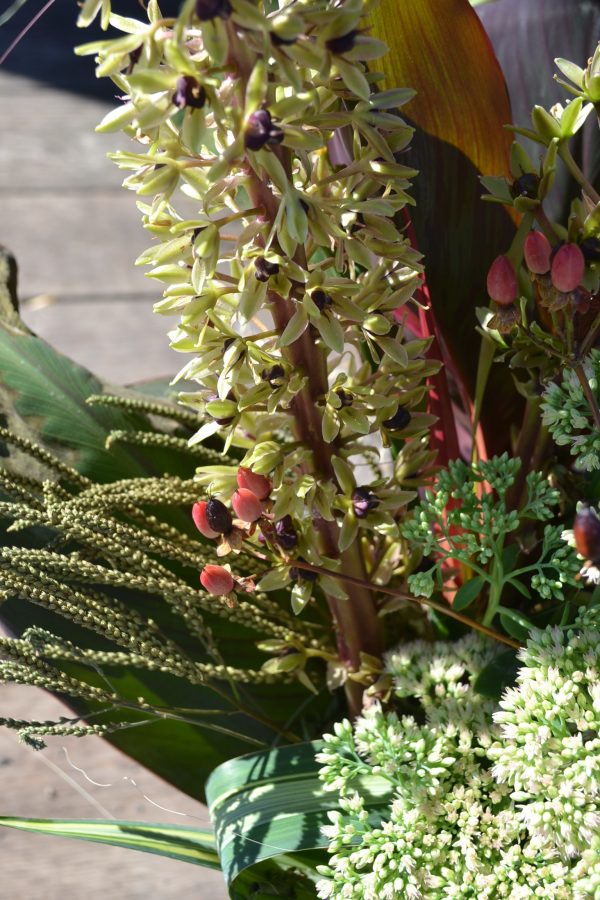 The Eucomis demanded to be the star of the show, but every diva needs a supporting cast. A few dark Canna leaves provide background, with Sedum ‘Autumn Joy’ that is just beginning to blush bulking up the chorus. Cameo appearances go to the seedheads of Verbena hastata, Yucca filamentosa and the berries of a Hypericum whose name escapes me (wouldn’t that bit player have it in for me?).