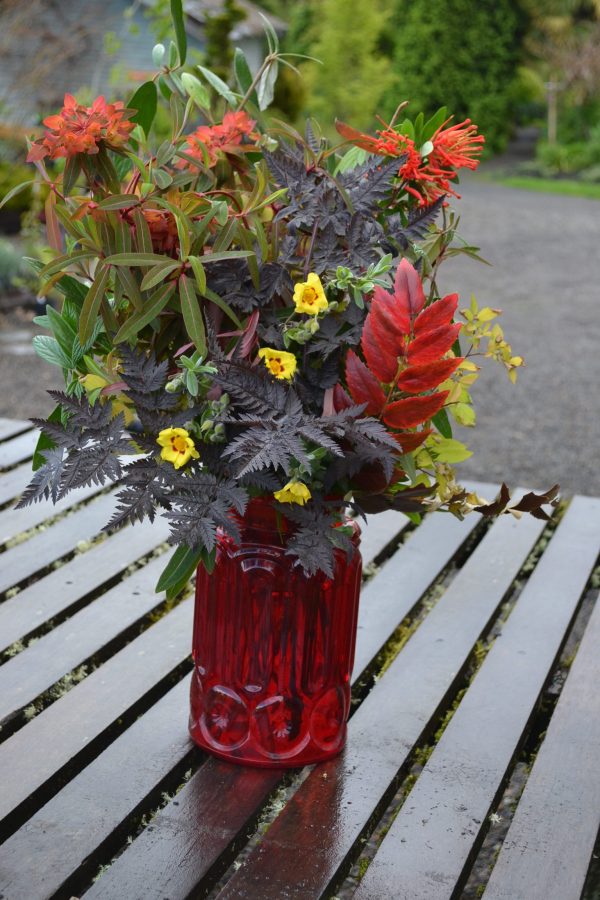 My vases this week are some I put together at work. They are in their second week, so I thought I would bring to your attention some things with a long vase life. The yellow flowers are Halimium. The branches held many buds, so though each blossom falls after a couple of days, new buds open, for an ever-changing composition. The Spirea ‘Goldmound’ is the only thing that needed grooming at the end of one week. It’s golden halo in the background is missed, but there is still a lot going on. 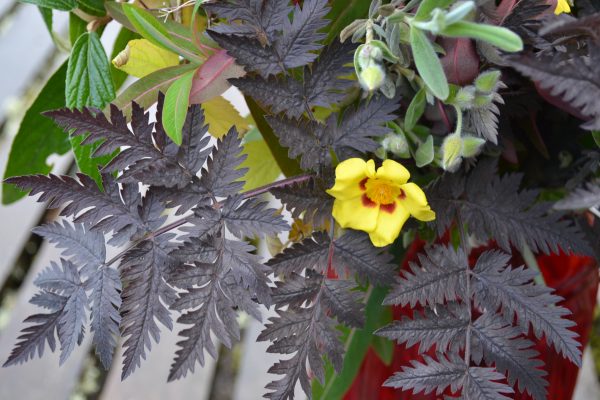 The big surprise, for me, were the dark leaves of Anthriscus sylvestris ‘Ravenswing’. I expected them to wilt quickly but here they are, still soldiering on. 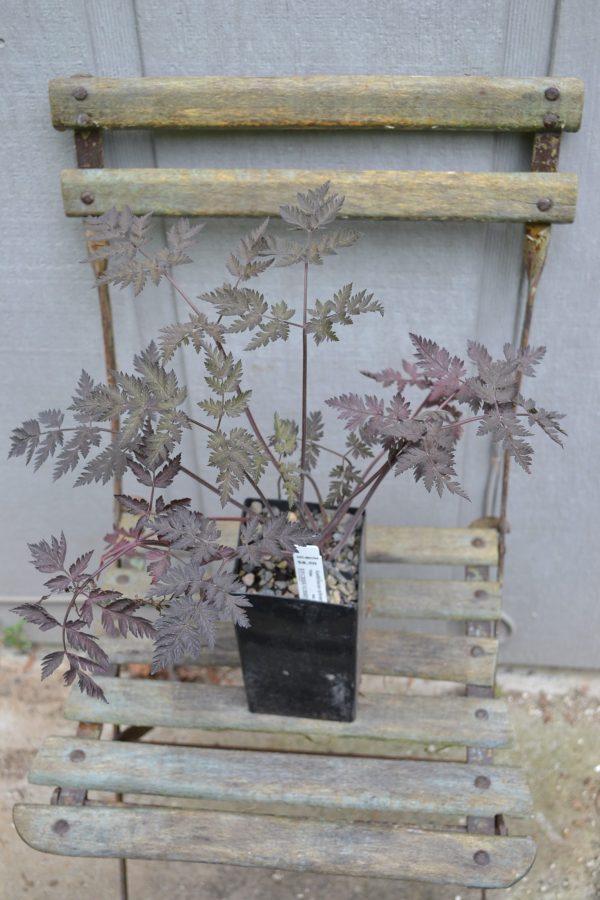 Of course I had to bring one home to add to my own garden. It forms a 1′ rosette, with umbrels similar to Queen Anne’s lace shooting up to 3′. I say “Hooray!” to its habit of seeding around. 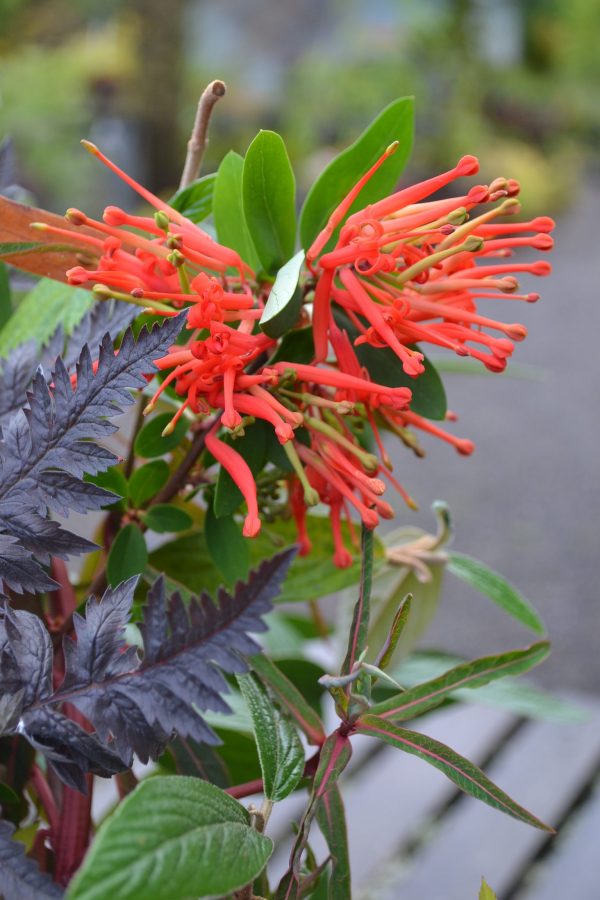 Embothrium was the IT pland a couple of years ago and I can see why. 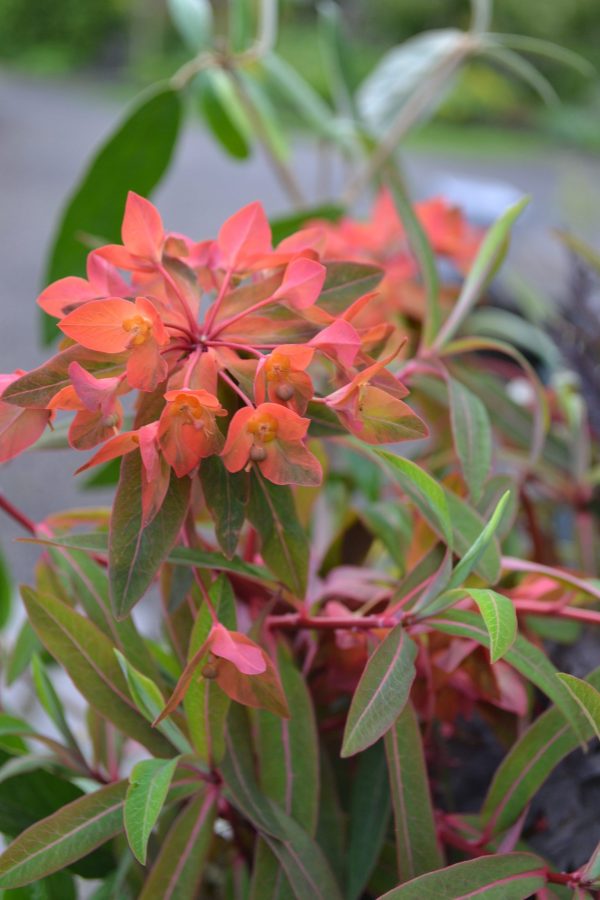 Euphorbia ‘Fire Charm’ starts small but quickly forms a good sized clump. The foliage is nearly as fetching as the orange bracts. Even after all that goes away, bright red stems remain well into the winter months. It’s a good idea to let cut stems sit in water for a while before using in an arrangement because the milky sap clouds the water at first. 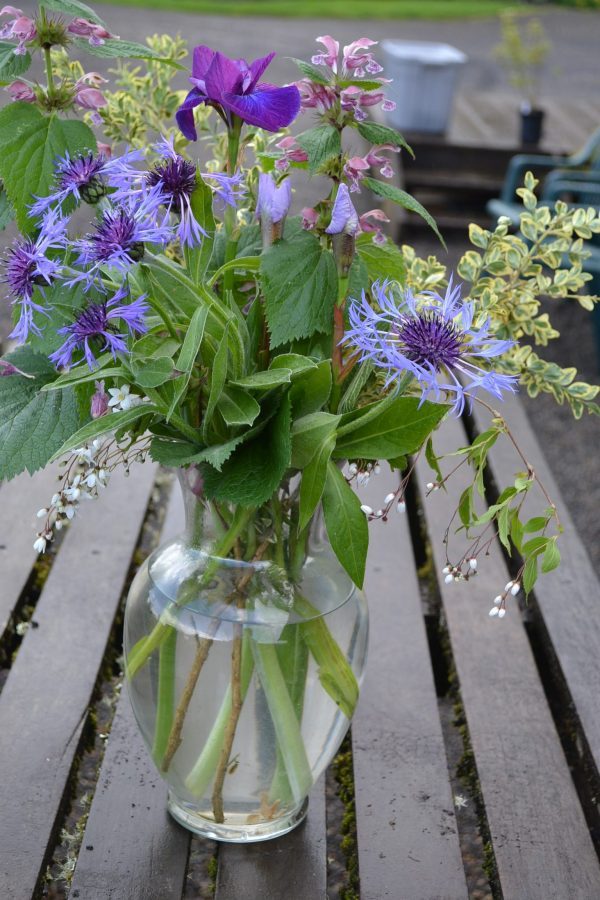 The second vase is more subdued. I don’t have ID’s for everything here but that background foliage is Buxus sempervirens ‘Variegata’. 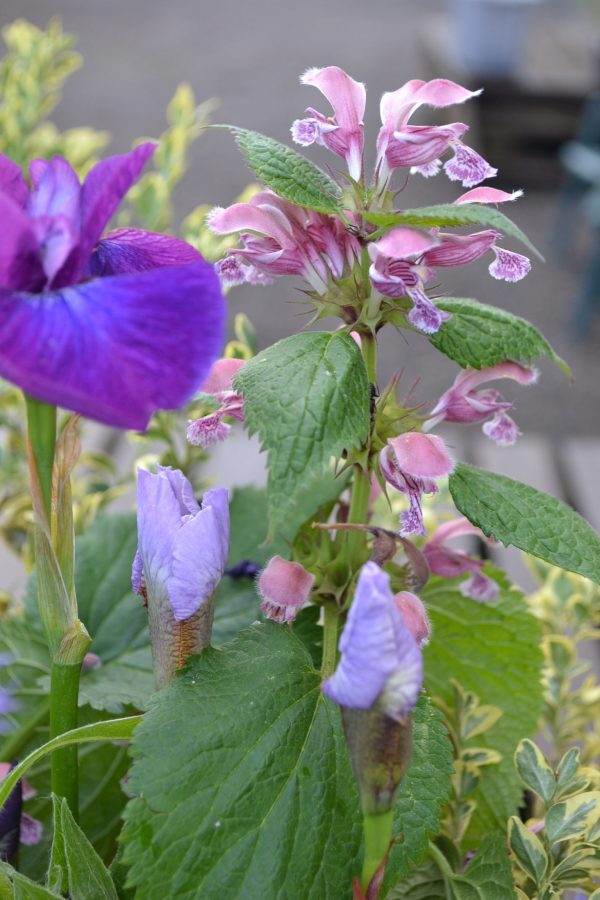 The tall stem of pinkish flowers is Lamium orvala, another find I may have to add to my so-called cutting garden. 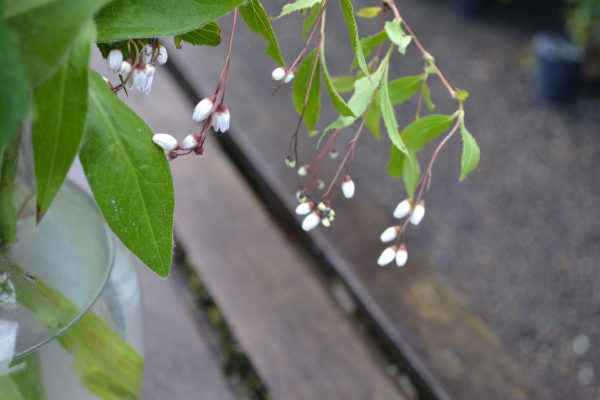 In the “never say never” category is Deutzia ‘Chardonnay Pearls’. Unlike the upright shrubs, which I found to get scruffy looking, this forms a low mound dotted with little, pearly buds which eventually open into starlike flowers.

My work schedule keeps me from always hitting on Mondays with my vases (sometimes skipping entirely) but you can always count on Cathy at Rambling in the Garden to show up with a vase of her own and links to other bloggers bitten by the vase bug. You may be next.