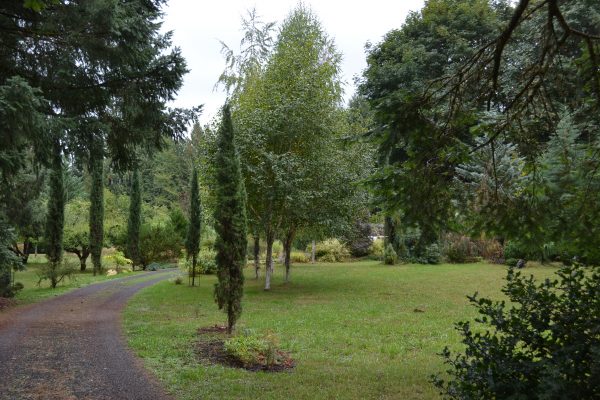 Richard has a passel of Estonian cousins who were converging in Portland for a big family reunion. I knew about this a year in advance and had visions of getting the whole garden ship shape by the first of October. 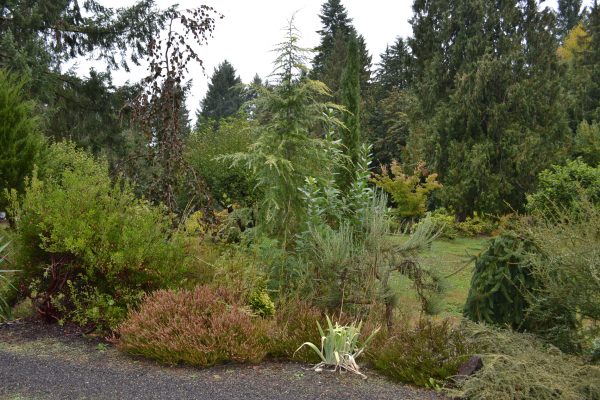 Hah! You know what they say about best-laid plans. At least I had enough sense to concentrate first on the approach to the house. Delusional Drive was fully weeded and looking pretty darn good, if I do say so. 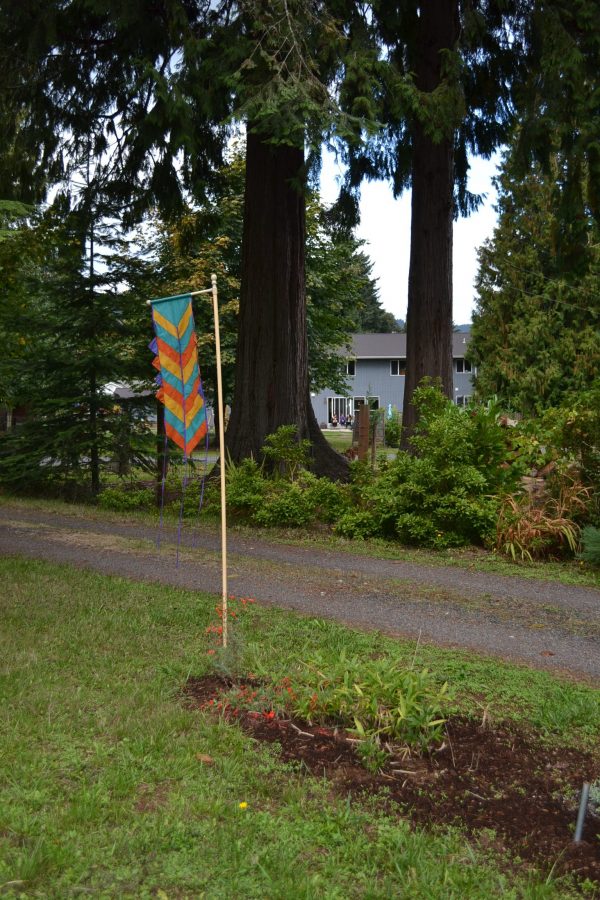 Once I accepted the fact that that was as far as it would get, I put out a few banners to dress up the drive a little more… 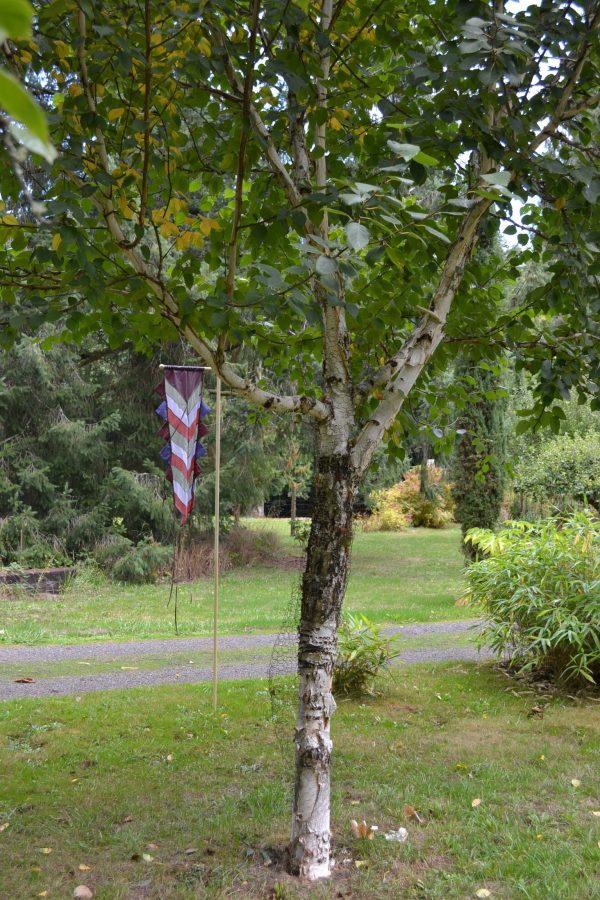 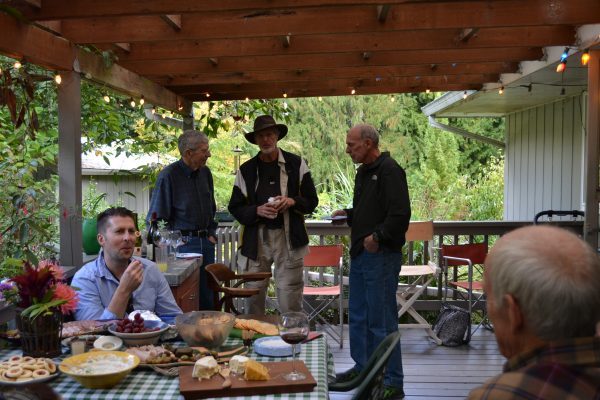 Once they reached the front deck, there was plenty of food and drink to distract them from the flaws in the rest of the garden. 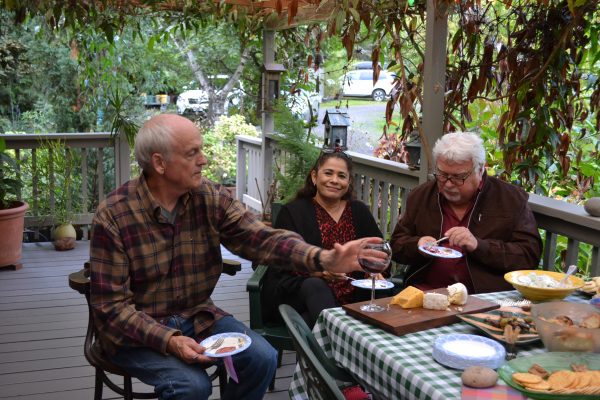 And after all, the point of the gathering was to catch up and retell the fascinating stories that make up the family lore. 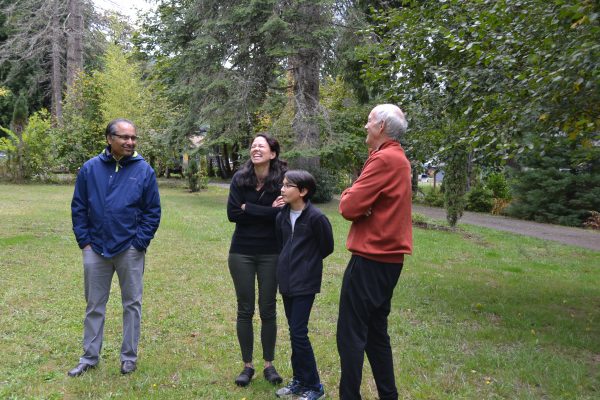 R did conduct a few tours, primarily of the forested area, where Mom Nature never needs to apologize for her gardening skills. 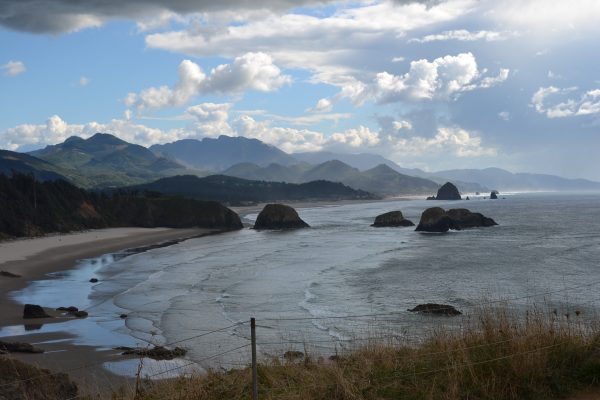 Then it was off to Neskowin, a charming little beach town on the Oregon Coast. 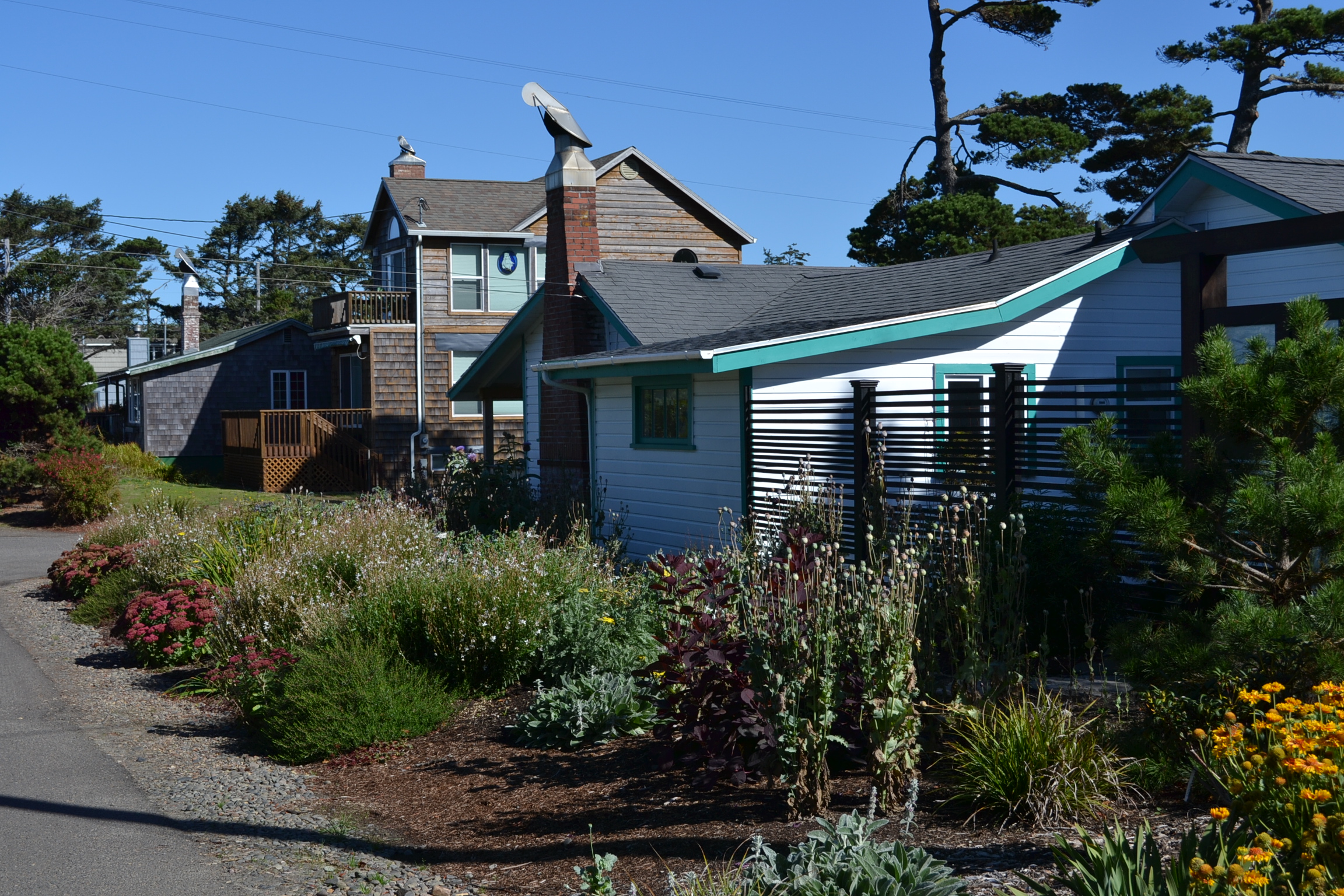 Beachcombing, of course, but wandering the lanes here are a treat for the horticulturally inclined. 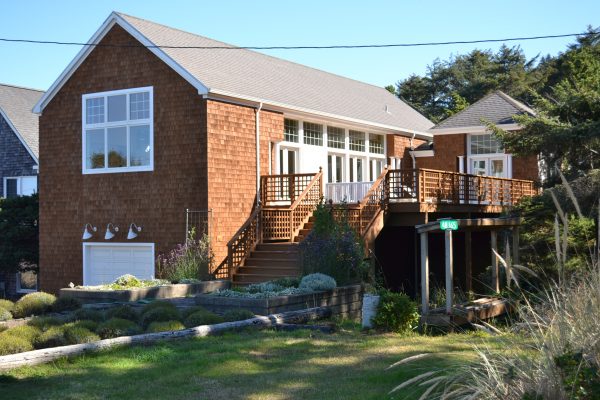 Cottages have ruled for years but new construction is often upscale and modern, with landscaping to match. 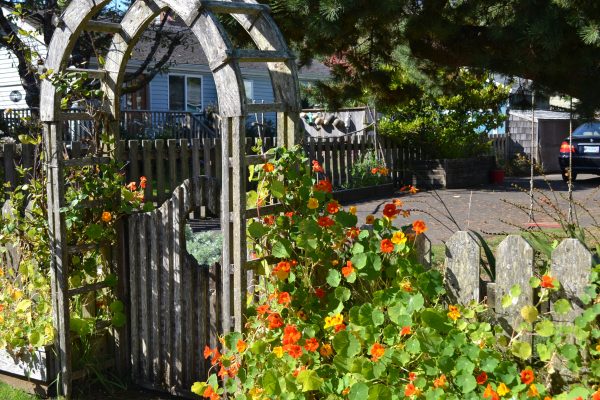 The cottage gardens tend toward the blowsy and colorful. 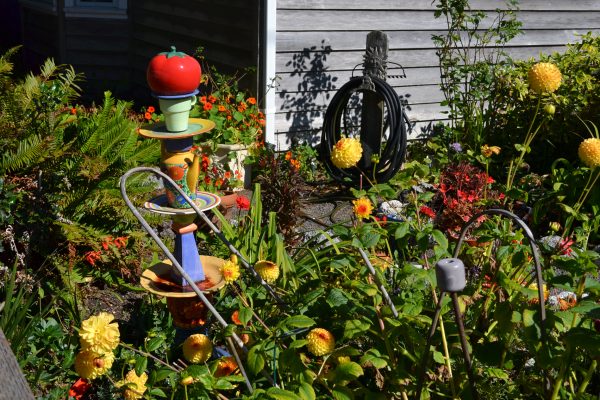 This gardener was not shy about the use of color. 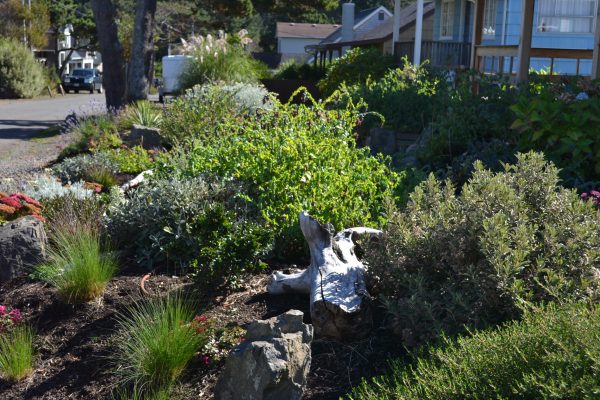 The use of driftwood and stones establishes pride of place. 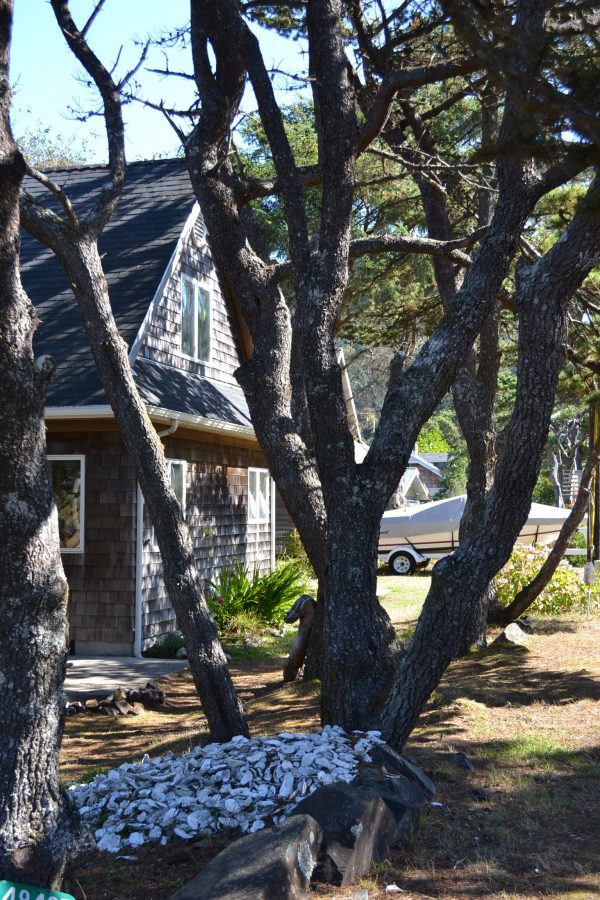 Coastal storms have a way of sculpting trees into works of art. Often they are the only ornamentation needed. 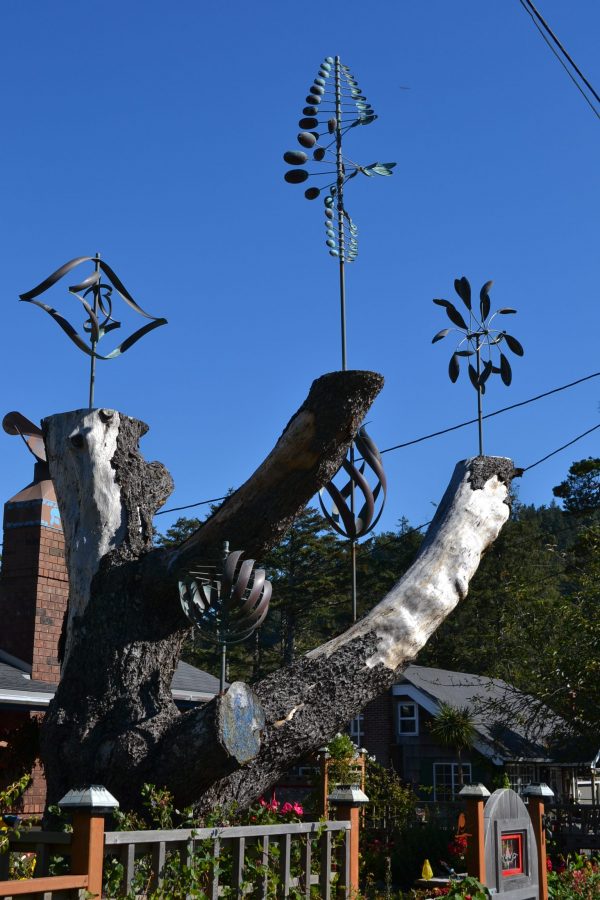 Here the remains of a tree support a collection of whirligigs to turn in the wind. 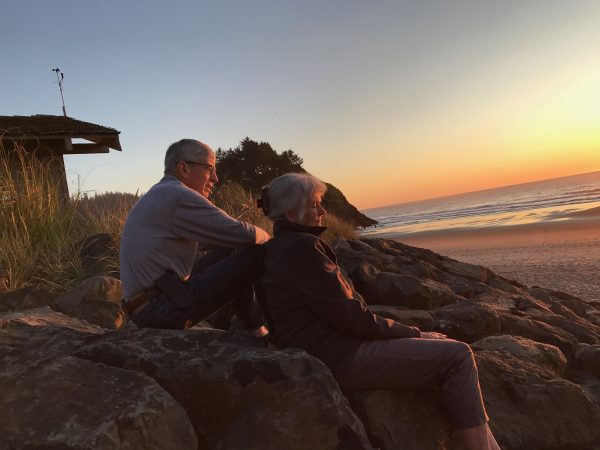 A fitting farewell to the beach and the cousins: sunset looking out to sea with Proposal Rock in the background. this year I really really do hope to whip this garden into shape.

26 thoughts on “company coming…what to do?”