A long time ago, the Portland Art Museum had a show of folk art. The pieces were all cobbled together from life’s detritus: everything from barn boards to cast off toilets. One hallway featured wall-sized mural/photos of the artists, mainly gap-toothed black men leaning against equally gap-toothed fences enclosing yards full of “junk”. The striking thing was the rapturous look on the faces of these makers of things. Some time later, R asked me…if I were to be reincarnated, what would I like to come back as? I didn’t need a second to think it over. “One of those old black guys.” Now here’s the thing. Most of the pieces in that show would seem tacky, even laughable, to most observers. Someone with a critical eye saw the heart in them, put them in a museum and called them “Art”. I was reminded of that show the other day as I walked around the neighborhood. People seem to share an impulse to make things. They might be embarassed to show them off indoors, but outside…anything goes. 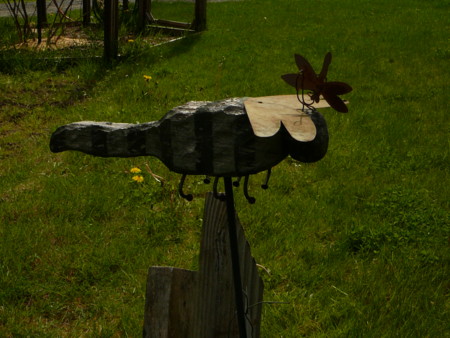 I will start with the one piece that I think qualifies as “Art” (just my opinion) and got me looking around with this theme in mind. The bee sits unceremoniously in a yard that is not particularly well-tended. I hope to see the owner out and about one of these days so I can ask him about it. 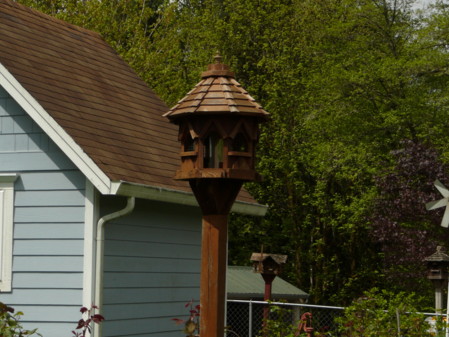 Two of our neighbors spend their days building bird houses and feeders. I guess you would call this more of a cottage industry, but the impulse seems similar. Jim is out in his workshop at the break of each day with the coffee on and the latest neighborhood gossip to share if you care to stop by. He introduced Virgil, across the street, to woodworking, and now they seem to be engaged in a kind of friendly one-upsmanship with their designs. 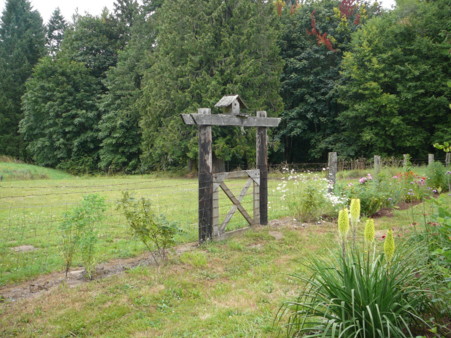 Jim built this gate between his place and ours. 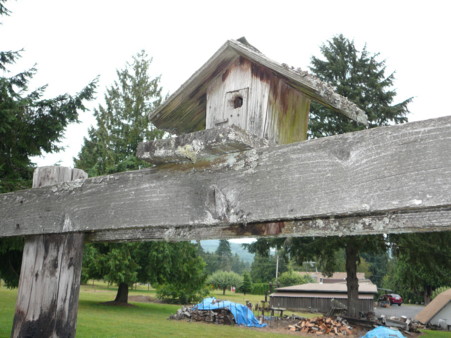 Every year, a family of swallows takes up residence. As evening falls, they can be seen swooping into that little hole at top speed. (we never lack for entertainment around here) 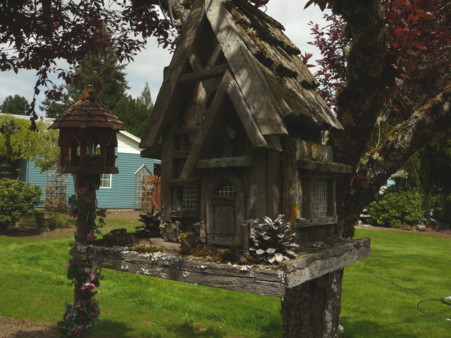 In the folk art department, everything benefits from a patina of age. 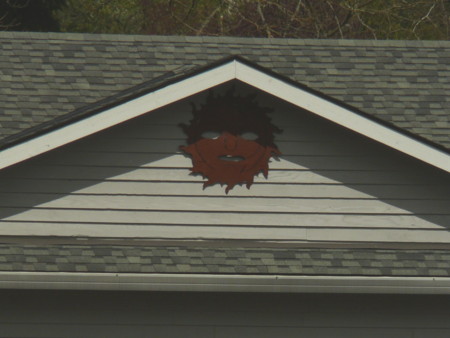 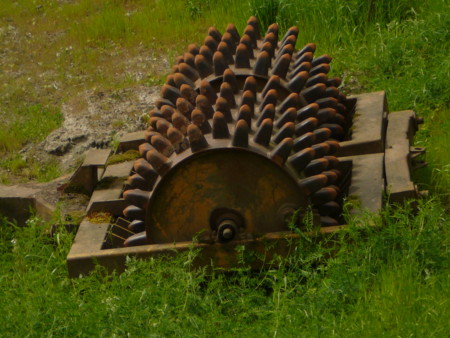 This piece of equipment actually gets used, but it sure looks like it has potential as art somewhere in its future. 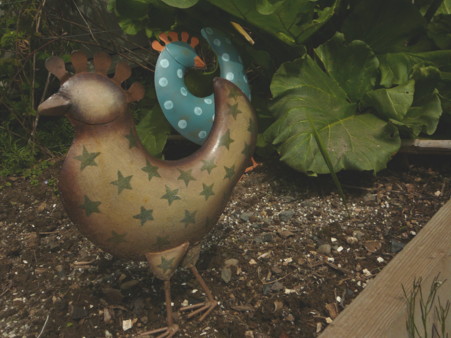 Which brings me to my own little chicks pecking around the vegetable raised beds. These were a gift. R slapped his forehead and cried “What Were They Thinking?” I think they’re kinda charming…which just goes to show how “beauty is in the eye of the beholder” got to be such a cliche. When we first saw our present home, I was ready to run screaming from the room. Everything was dark pressed-plywood paneling and sculptured wall to wall carpeting, with an orange fireplace smack in the middle of the living room. It was only as I began to remove the ornate brass fixtures for the fully lined, nubbly plaid draperies that I realized with what care everything had been installed. It sure wasn’t our taste, but it was executed with a thoroughness and precision one had to admire. I got to thinking that the next caretaker of this place might take one look at our faux-painted walls and hardwood floors; our oddball taste in plant material and think to themselves…”What Were They Thinking? Well, with a lot of work, we can fix this.”