The last time I drove into town I took the back roads and had my camera handy. 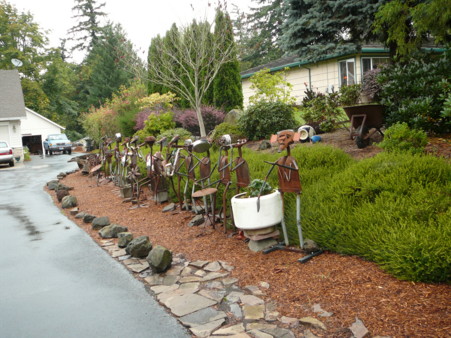 Lining a long driveway off of Cornell Road is this whimsical band fashioned from steel and odds and ends of household appliances, tools and such. 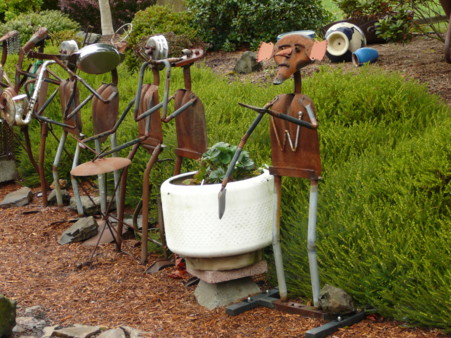 There were no trespassing signs, so I had to use my zoom to get a closer look. 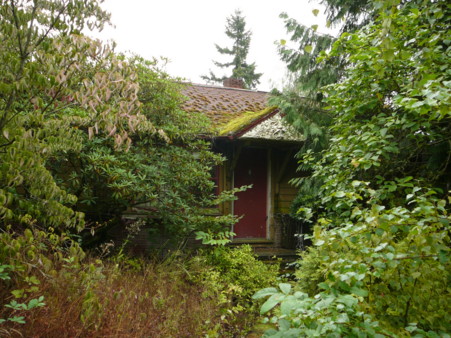 Years ago, I interviewed a potter who lived in this cottage with studio attached. Since his death a few years ago, it has become completely overgrown, but you can still see the clay relief over the door. 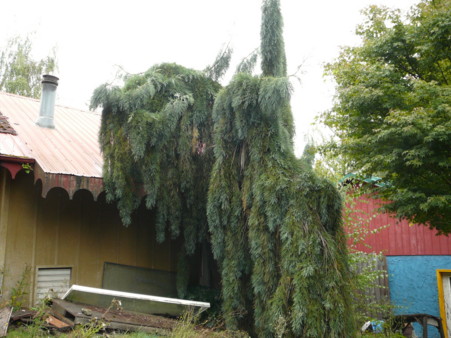 He must have planted this giant weeping sequoia long before they became all the rage. It practically engulfs the studio. 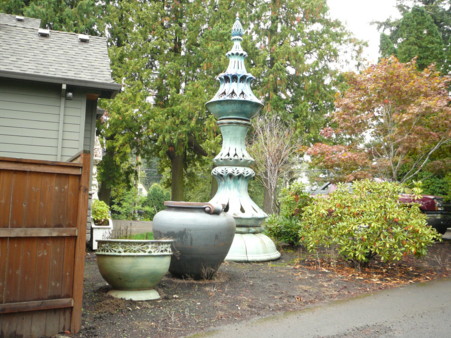 But here, dominating the neighbor’s yard, is the work that Joel Cottet was known for. You can spy it from Cornell Road, across the street from the school. The car just visible behind the bush gives you an idea of the scale of the thing. 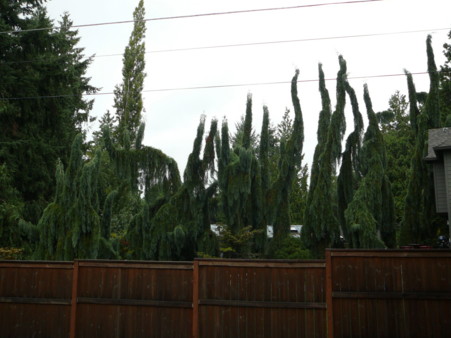 And in the back yard of this neighbor’s house is a whole row of giant weeping sequoias.

4 thoughts on “on the road again”