One of the things I like about a wet spell is that the garden loosens its hold and allows us to do other things. On Saturday, we spent the morning slogging through the muddy sidelines, watching friends’ eleven-year-old play football. We’d been hearing that he was a talented player and he proved it. We only lasted through a half, but in that time he made two touchdowns, a sack and recovered a fumble. I was amazed at how hard these kids tackled. The thwacking sounds were a little unsettling, but they always seemed to come up grinning. Sunday was a day for a lazy breakfast and gallery-hopping. Coming home, we usually take a tour through the old neighborhood. In the building that used to house “Castaways”, they were having a big furniture sale, so we stopped for a look-see. The furniture didn’t interest us much, but stepping onto the loading dock… 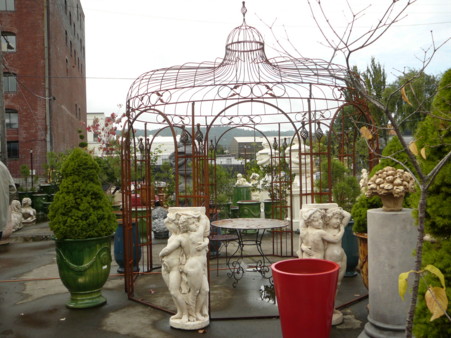 the adventure began with a gazebo… 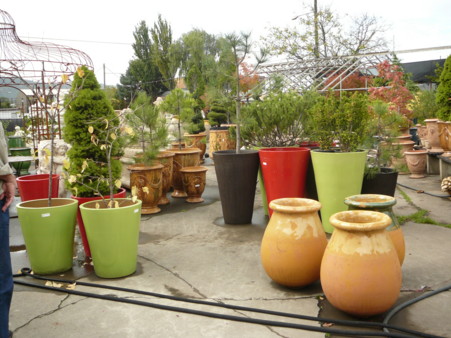 surrounded by an assortment of large pots. When we later chatted with the woman holding down the fort, we learned that all of these neighboring businesses, which kind of flow into one another, share resources. For instance, the plants you see in many of the pots come from Pomerius, a nursery just down the stairs from the large loading dock. The pots, statuary, outdoor furniture and gazebo are Versailles Gardens merchandise, which spills over into the indoor space where, on this day, one woman was overseeing the whole shebang. 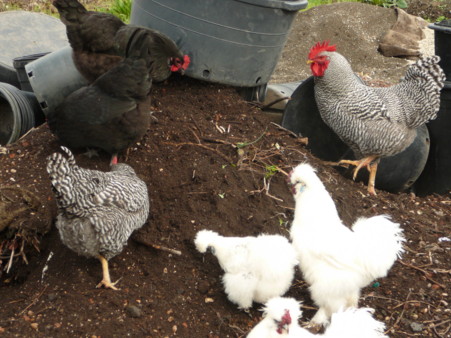 An interesting assortment of chickens have the run of the place, but most of them were working over the mountain of potting soil. Must have been a trove of good bugs hiding in there. 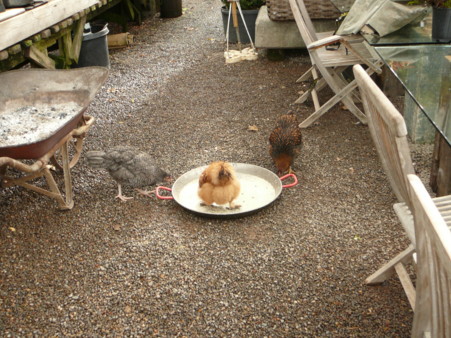 A few of them were hanging out in the outdoor lunchroom. I thought to myself “Boy, if one worked here lunch would be a special event, with produce from the extensive raised beds and eggs from the chickens. Apparently, if we were to stop by on a Thursday, we’d be invited to share the soup of the day in this fully equipped outdoor kitchen with tent roof overhead. 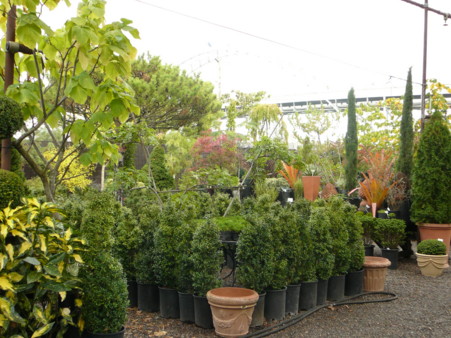 But lets take a look at some of the plants, shall we? This nursery kind of limped along for the first few years, so I am happy to see it coming into its own. 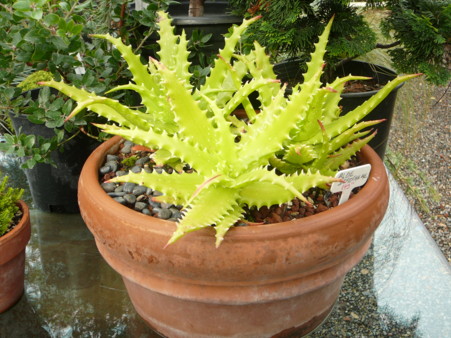 The plant material trends toward the exotic, which suits me just fine. It is also way too rich for my pocketbook when something like this magnificent aloe runs to three figures. At this point, I stopped looking at tags and decided to simply drink in the beauty. 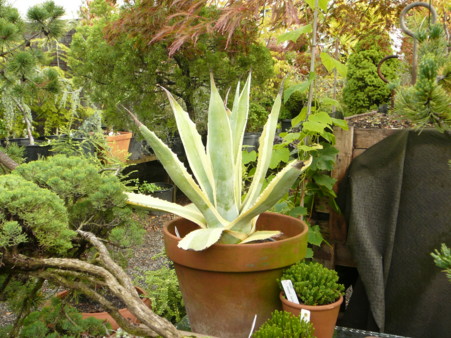 Everything looked like it had been coddled to the peak of perfection. 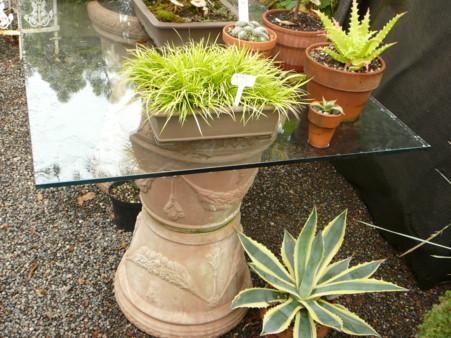 And arranged to show to best advantage. 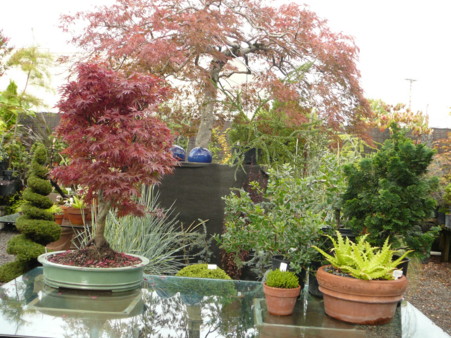 I could pretty much point the camera in any direction and win points for composition. 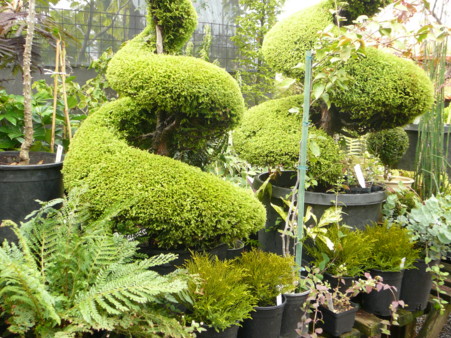 The art of topiary is definitely practiced here. 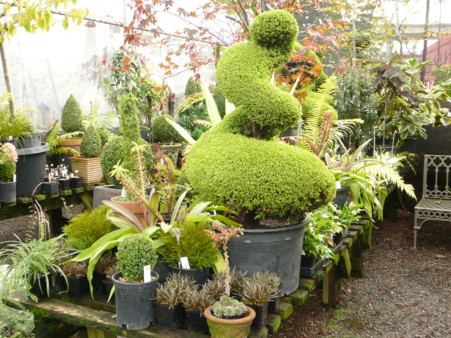 Everything from little balls of boxwood to the big twisty thing and everything in between. 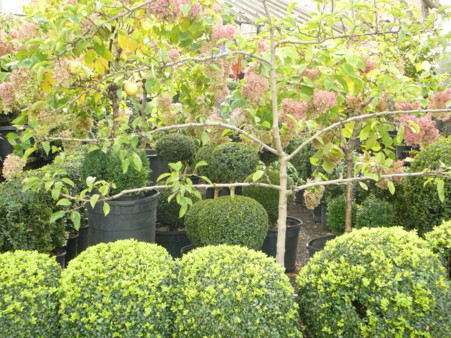 Leave us not forget the espaliered apple tree. I am no fan of torturing trees, but must admire anything that is done so well. 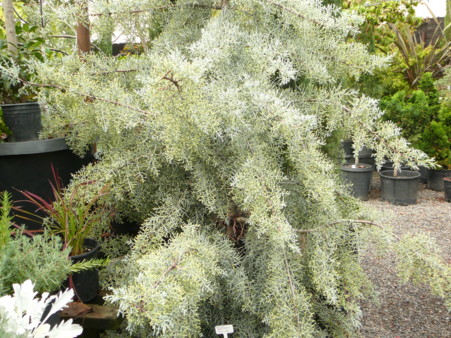 Time to wend our way back through the labyrinth of beauty, but I’ll be back…say on a Thursday…around noon?

Oh, and by the way, right next door is Bedford Brown, and just up the street…well, never mind. It is just safe to say that I will never run out of material as long as the camera holds out.