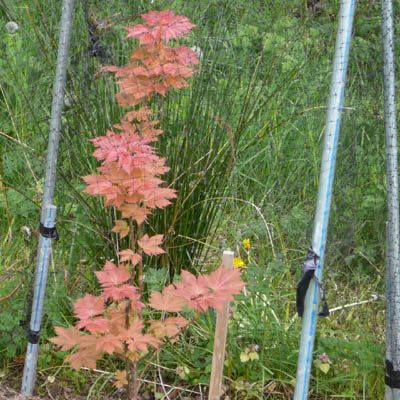 I bought this Acer pseudoplatanus ‘Puget Pink’ at the legendary Heronswood nursery in ’03. I had no idea it would be this slow-growing. The hornbeam I bought at the same time is now towering above the roof line, while this baby is little more than knee-high. Still, when these brilliant leaves unfurl, all is forgiven. It maintains a pinkish cast through the summer, but these are its glory days. 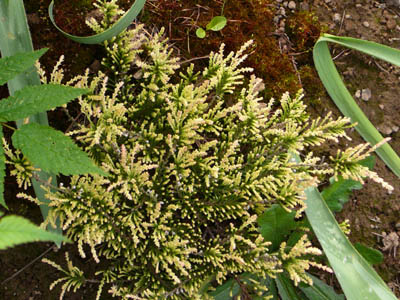 The heaths and heathers do bloom, of course, but it is the new growth that brings them to my garden. This one is called ‘Red Fred’, and I waited a few days to long to snap its picture for you to see it at its most colorful. Those little tips were like glowing embers. 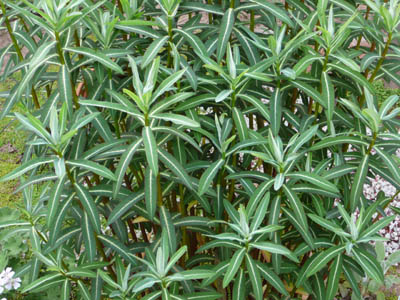 This Euphorbia is called ‘Excaliber’, a name that would recommend it to me even if the foliage were not so appealing. It has the usual acid-green cuplike blossoms (or are they bracts?) later on, but so what? Here is where the action is. 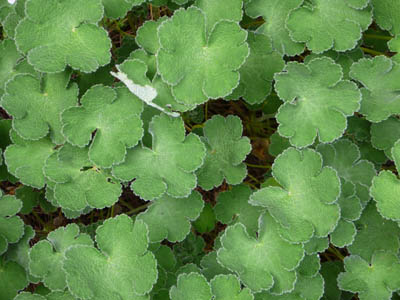 ‘Philippe Vapelle’ is a cranesbill with such softly textured, scallopy leaves that one barely notices the lavender blossoms with darker purple veining. In fact, I sometimes cut them off, as it seems to prolong the freshness of the foliage. 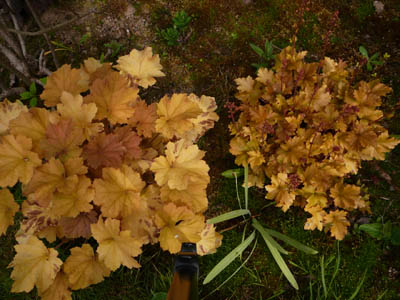 They keep coming up with new heucheras every year. The newest ones are usually priced sky high, but I had to have ‘Caramel’ (on the left) regardless. Now I can hardly distinguish it from ‘Amber Waves’ (on the right)…can you? Hubris strikes in the garden as much as anywhere else, I guess. 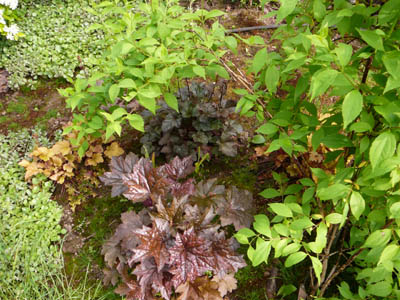 Then there are the dark ones, whose names I have completely lost track of, but dote on none the less. I quite like the frothy little wands of flowers that are coming on about now, but could live without them. Not so the resplendent leaves. 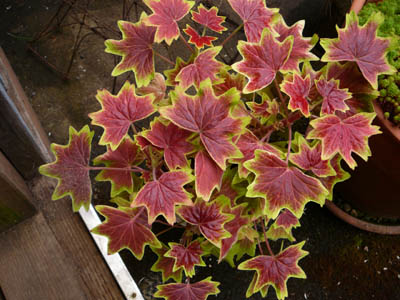 This geranium is a passalong plant from Amy and I have no idea what its name is. It is easy to propagate from cuttings, and a good thing, too, because it plants covetousness in the hearts of all who see it. 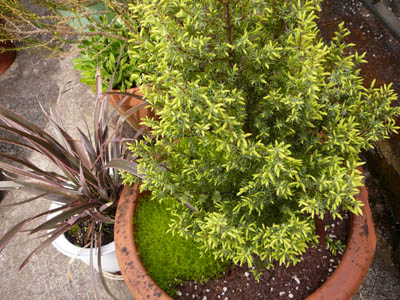 Juniperus communis ‘Gold Cone’ is one of a growing number of evergreens finding their way into our plan. I was told early on that gardeners follow a predictable trajectory: start out with pretty little annuals, move on to perennials in lush borders, become seduced by shrubs and trees and finally graduate to evergreens. I think it has a little bit to do with getting worn down by all the work involved in maintaining the early stage plants. Plant yourself a juniper or a cypress, give it supplemental water for the first year or so, and that’s pretty much it. It grows in beauty year after year, and overshadows ever more of the dreaded lawn. But that’s the cynic’s view. The subtleties of form and coloration have endless appeal to a more practiced eye.

In answer to that leading question…of course we all want and need flowers. What would life be like without them? I still watch buds swell with nearly maniacal anticipation, and ooh and aah with the rest over on Carol’s May Dreams Gardens site every Bloom Day. In a pinch, though, the above bevy of beauties, and their brethren, could see me through.