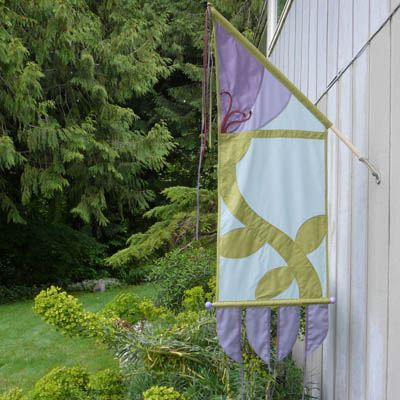 Budding© was the first pictorial banner I made. Next to Spinnaker© it has been the most popular. One client bought one of these and then wanted three more to go with it and a series was born. 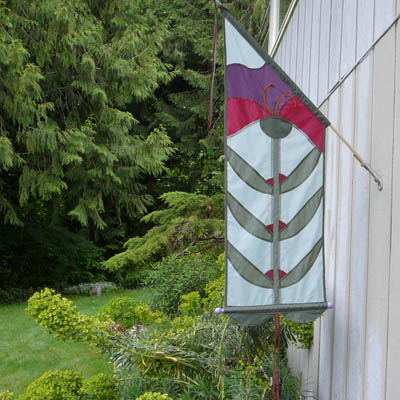 I decided to carry over some of the colors from banner to banner, and stick with the abstracted floral imagery. This one, I call FloraFly©. 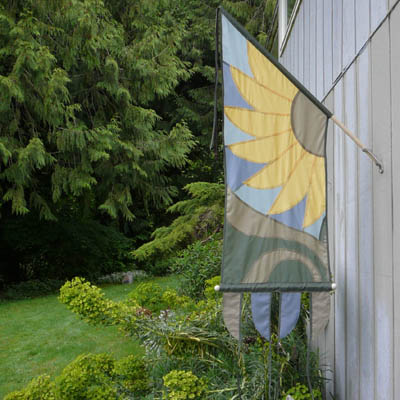 Upsy Daisy© introduces yellow to the mix. I think I will also offer it with pink replacing the yellow. What do you think?

If you got here through my home page, you have already seen Pistil©, but I will include it here just in case.

When I started making banners, I did so with the intent of getting as far away as possible from the bunny and duckie genre of garden banners. The early pieces were very geometrical, with the exception of the occasional wavy edge. The sewing techniques I developed early on have been adapted here, and play a role in how the images evolve. As a gardening nut, I had a great time dreaming up flowers suggested by nature, but never found there.