I’m late, I’m late…for a very important date! If you haven’t a clue what that means, pop on over to May Dreams Gardens (use the link at right) to see what Carol has cooked up to put together gardeners from around the world. In the meantime, here is a peek at some of the beauties in bloom in my patch right now. 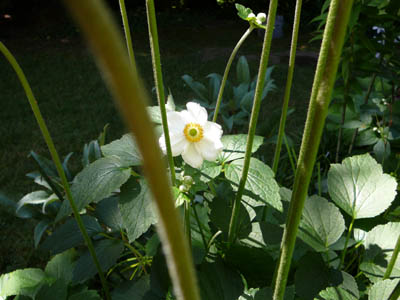 The first Japanese anemone ‘Honorine de Jobert’ popped just in time. I can’t get enough of her, and a good thing, too, because she is a prolific spreader. 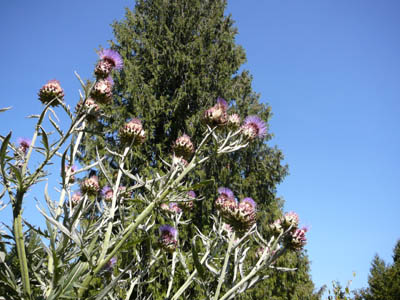 The cardoon reaches for the sky. 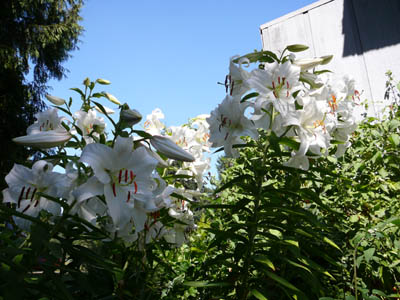 ‘Casa Blanca’ is the last of the lilies, after ‘Muscadet’ and then ‘Star Gazer’ have taken their turns perfuming the air. 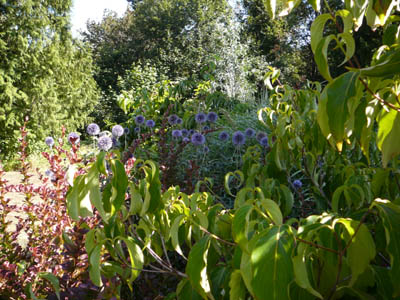 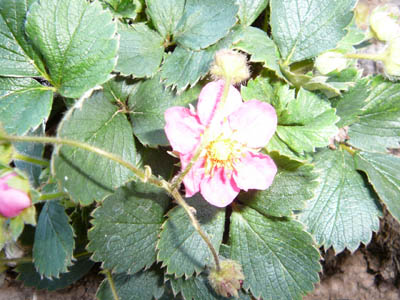 Fragraria ‘Lipstick’ is a groundcover strawberry I am trying out. So far, the deer have left it alone. 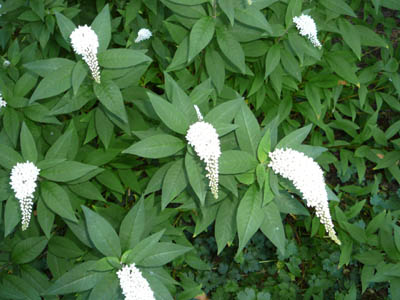 I know this only as gooseneck loosestrife. Anybody know the botanical name? Whatever…these witty little clumps of loosey goosey flower heads will always have a place in my shade garden, and in long-lasting bouquets. 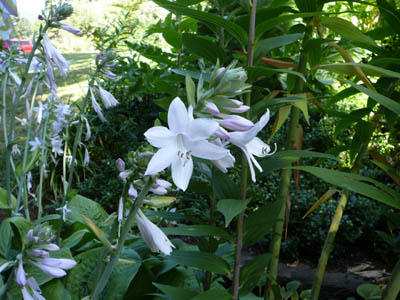 The deer bit off every hosta blossom in the woodland at the bud stage. It is only this ‘Guacamole’, planted close to the house, that was allowed to progress to full flower. 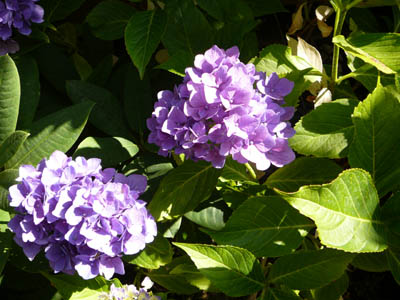 This supermarket hydrangea holds its own with the named cultivars. 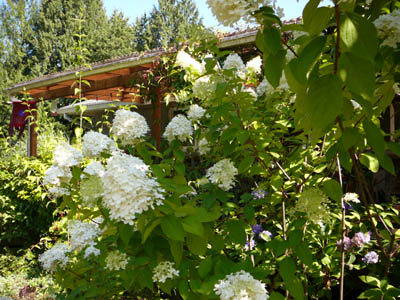 ‘Limelight’ is a spectacular hydrangea…almost tall enough to qualify as a small tree. 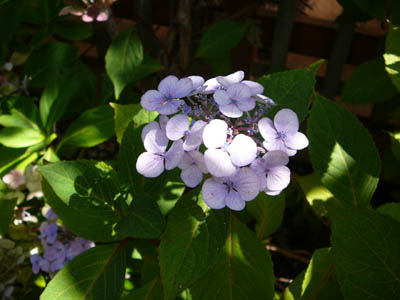 ‘Preziosa’ has varying shades of flowers on the same plant. I had some success with layering it, so I now have several at the woodland’s edge. 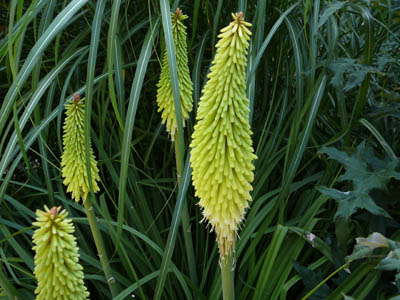 ‘Percy’s Pride’ is my favorite of the Knifophias. It is crowded into the east berm with grasses, barberries and Echinops. Come spring, it will be divided and spread around. One of my favorite scenes from the movie The Queen was the long walk completely bordered by knifophia in full bloom. Another was the great pile of leeks in the royal kitchen…might there be a pattern here? 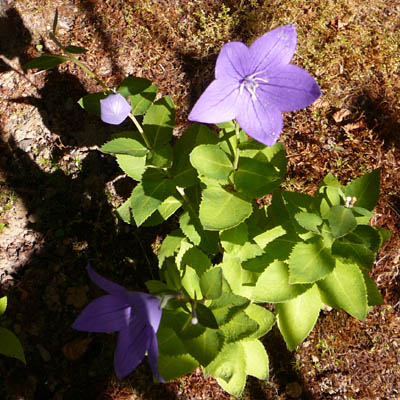 This lonely little balloon flower plant cries out for more of its kind. 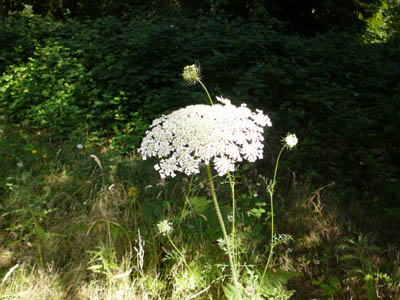 Looking beyond the realm of our industry, Queen Anne’s Lace sprinkles the landscape with no encouragement from we diggers and connivers. Sometimes I wonder why I even bother…but not often.