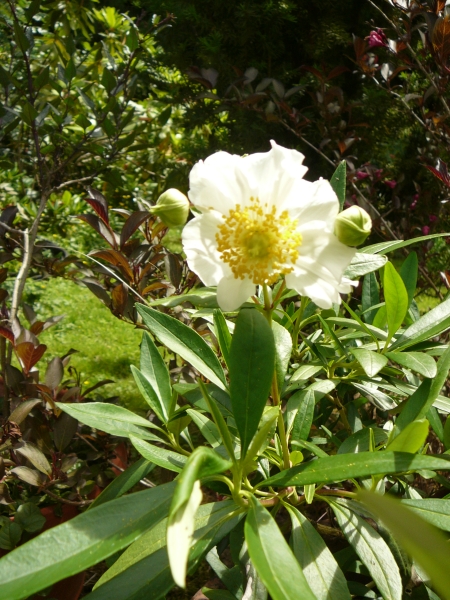 I will begin with the bloom I am proudest of, this Carpenteria californica ‘Elizabeth’. It did not bloom last year, after having been wrapped up very carefully against the harsh preceding winter. So…no wraps, and greater success. It also smells terrific. 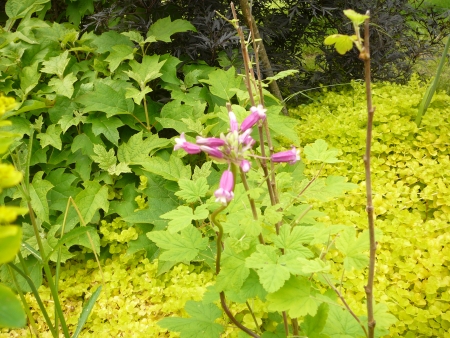 And another surprise success story. I planted a few bulbs of Brodiaea ‘Pink Diamond’ a few years ago and had given them up for lost. This year a single stem pushed through the ground cover and produced a flower. Sometimes I find a lone specimen to have greater impact than a swath of them. 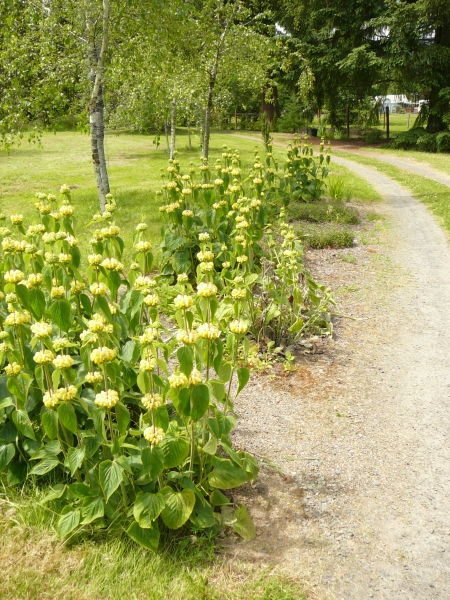 But speaking of swathes, starting with a single Phlomus russeliana and dividing it several times has resulted in a border where its repetition lends continuity. 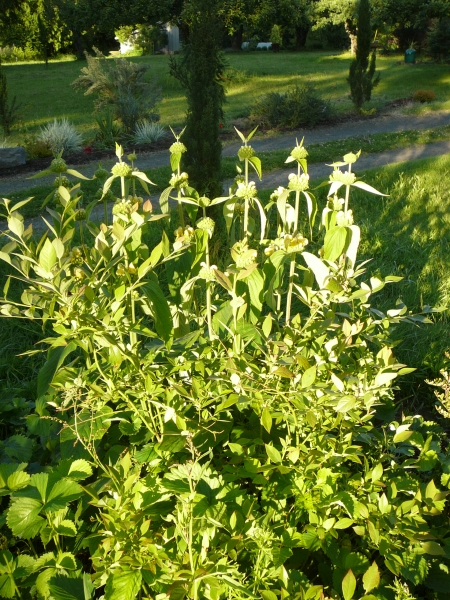 The lighting in this shot accentuates the little top-knots that I find so endearing. 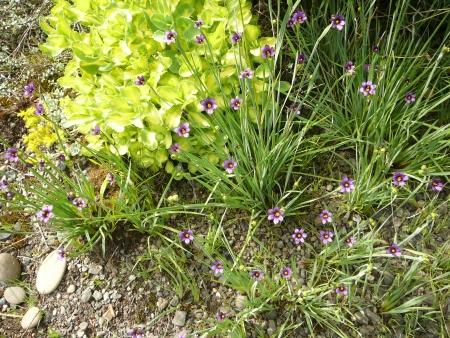 They seed around like crazy, but Sisyrinchium bellum (blue-eyed grass) is so winning when in bloom that I have to put up with the occasional wholesale uprooting of the extras. 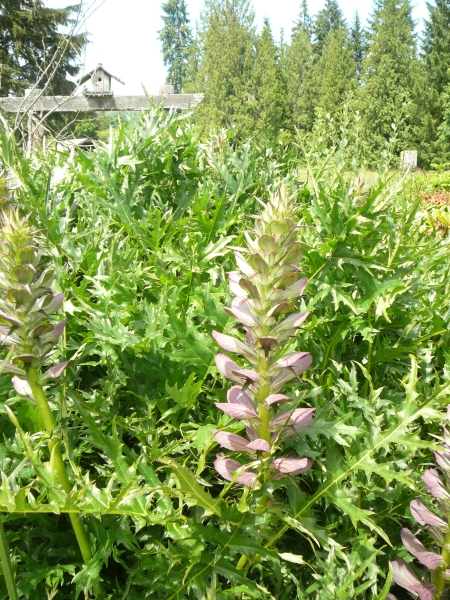 The colors will deepen and become ever more dramatic on the flower stalks of Acanthus spinosa and they will last well into the fall. 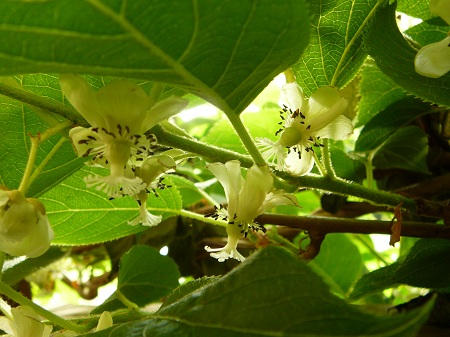 The Kiwi issai has been in place since ’03. It began blooming last year, but has yet to produce the promised fruit. 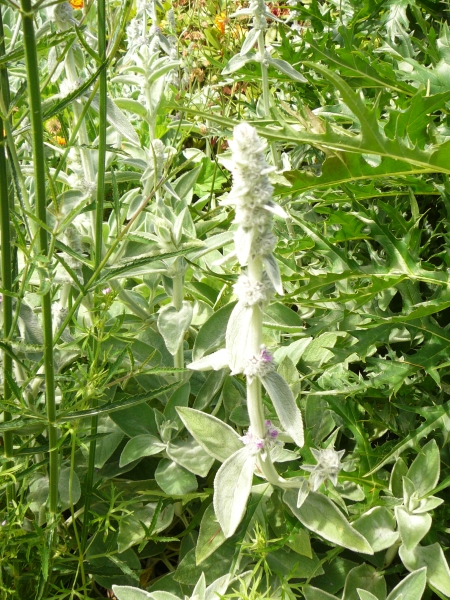 Stachys ‘Helen Von Stein’ produces flower spikes with a lovely fragrance. They are surprisingly effective in bouquets, with plenty left over to keep the bees happy. 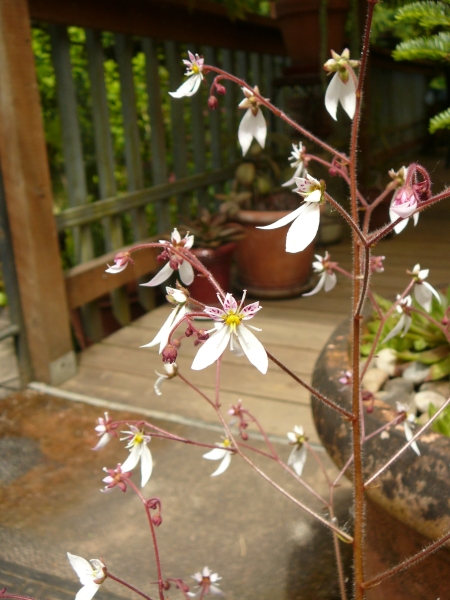 The individual flowers on this unnamed Saxifrage from our bloggers’ plant swap are so interesting and unusual…and just the frosting on a plant that won me over with its foliage…ID, anyone? (thanks, Linda, for clearing that up: it’s S. stolonifera) 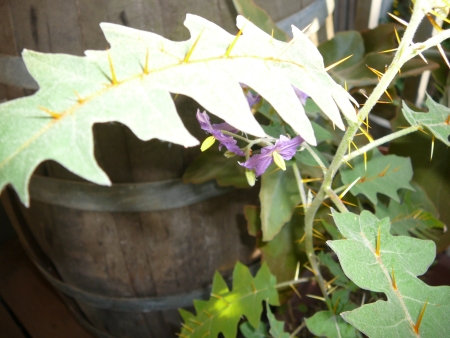 Sweet little flowers on a wicked plant: that’s Solanum pyracaniminum for you. 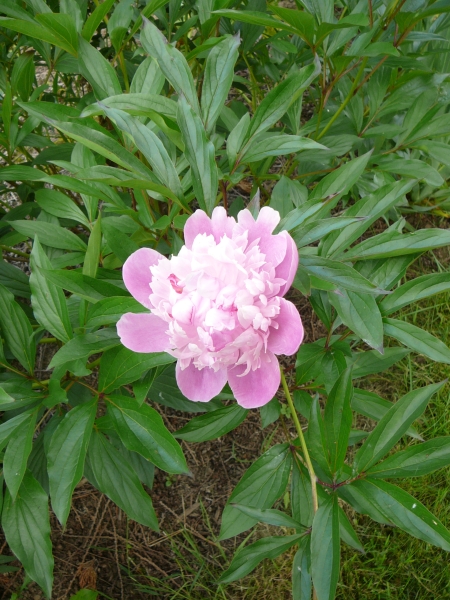 Long after the tree peonies have given out, the herbaceous peonies come along. Mine were very cheap, from one of those tacky mail order catalogs. It took a few years, but they are performing admirably now, and last much longer than the blooms on the tree peonies. This one could even get me to start liking pink. 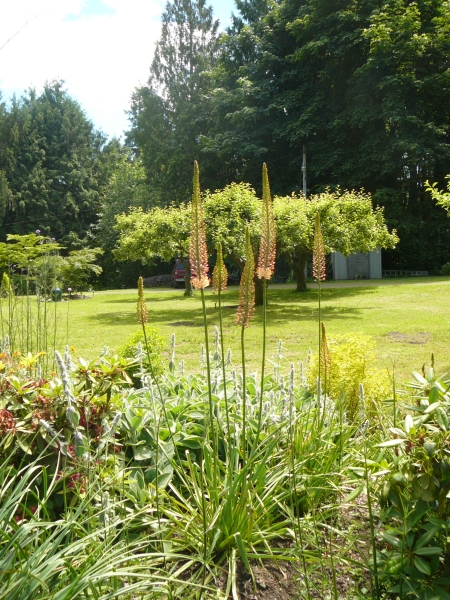 Eremurus ‘Cleopatra’, my pride and joy. 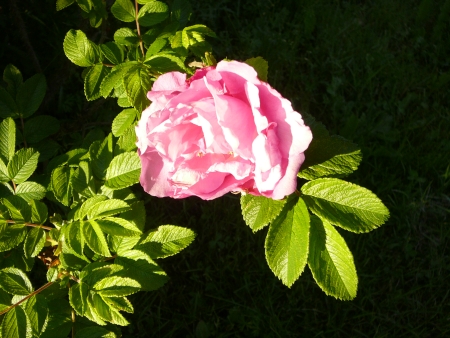 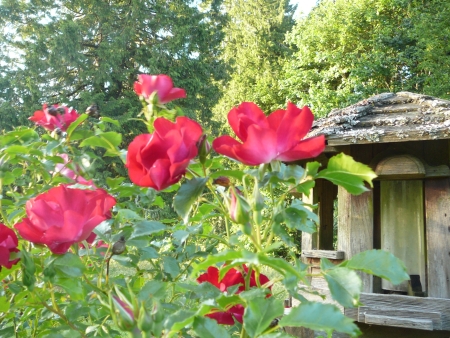 And finally, ‘Dortmund’. These two roses, along with Rosa glauca, which I have for its foliage, are the only roses here, other than a few that came with the place. I must say, they give the lie to the commonly held view that roses are a lot of trouble. See what others are featuring this month by going to May Dreams Gardens. It’s worth the trip.