Pretty cheeky of me to presume to show you my pictures of Scott Weber’s garden when his own shots are so stellar, but here goes… 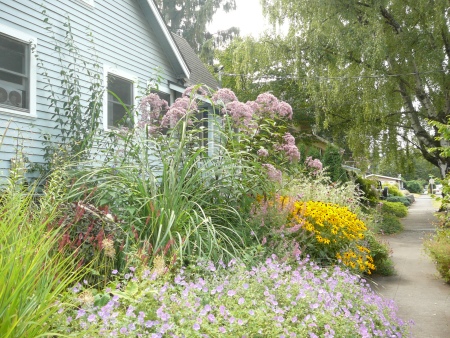 If I were forced to come up with a word to describe the style of this garden, it would be “billowing”. This is a guy who obviously loves plants and is always willing to shoehorn one more into these voluptuous borders. 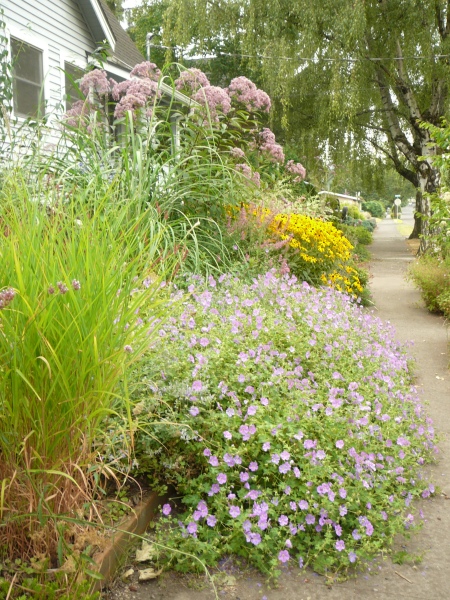 Crowded, maybe, but never out of control. The steep bank between house and sidewalk offers a great staging area to showcase the mind-boggling plant collection. Scott had us in stitches with his stories of the embarrassing mishaps that befall a gardener trying to dig on a steep embankment. 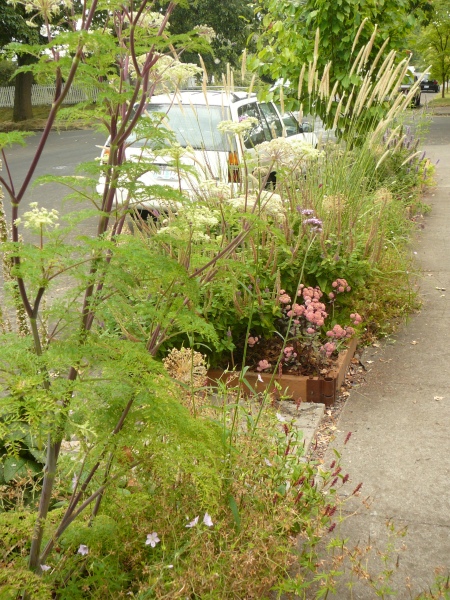 On the other side of the sidewalk, slightly raised beds continue the extravaganza. 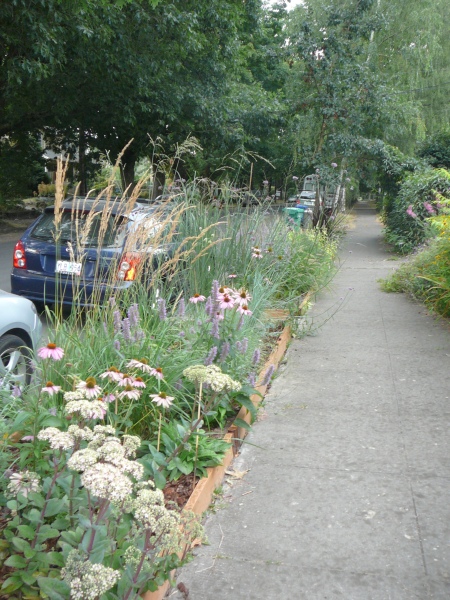 See all that deep green in the background? Scott’s garden is tucked into a hidden and very private neighborhood surrounded by mature trees. 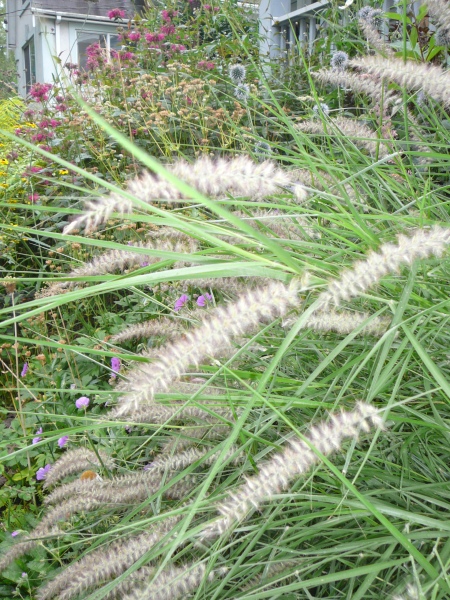 A fondness for grasses is everywhere in evidence. Seldom have I seen them incorporated so skillfully into a planting scheme. 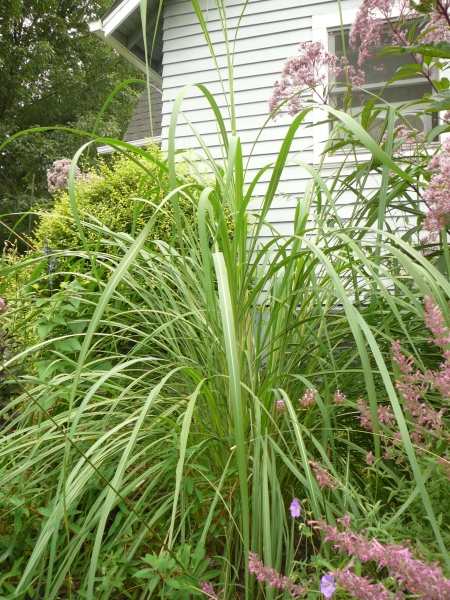 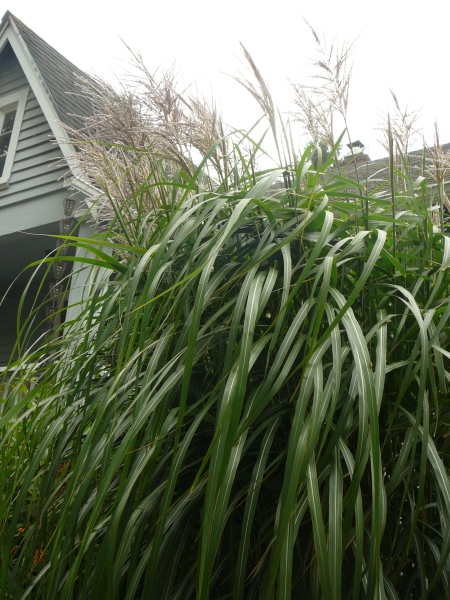 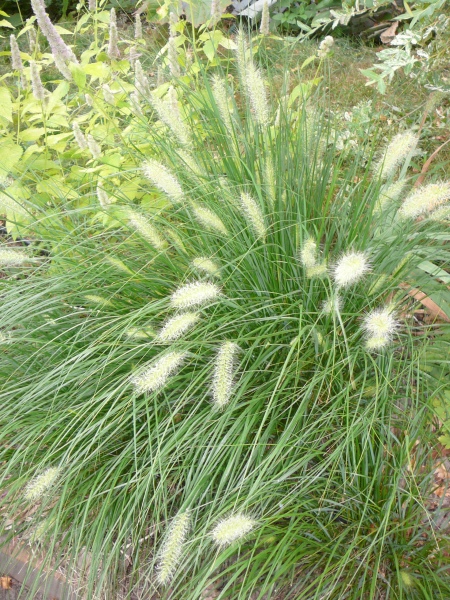 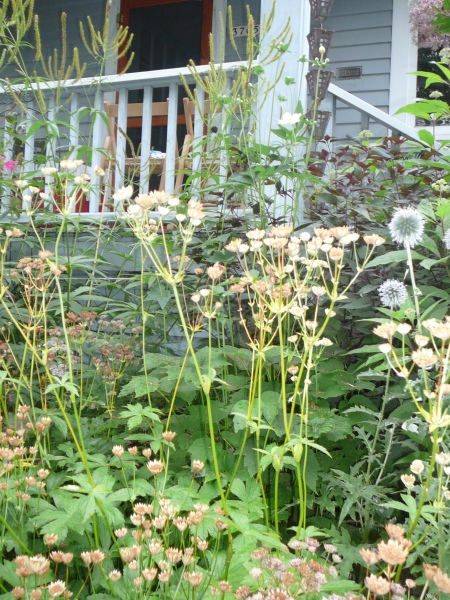 I admire the way he has left seed heads standing as architectural elements after the flowers have faded. 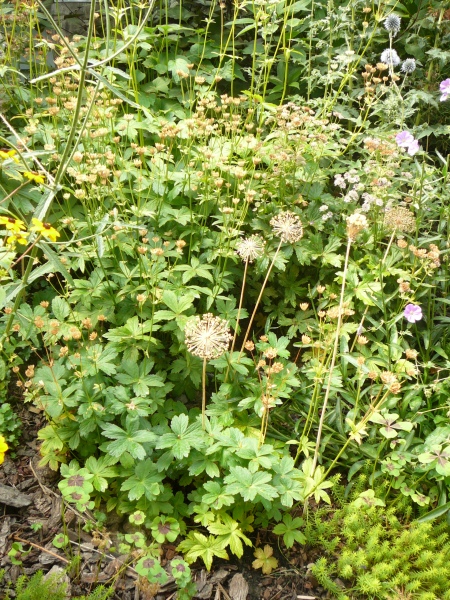 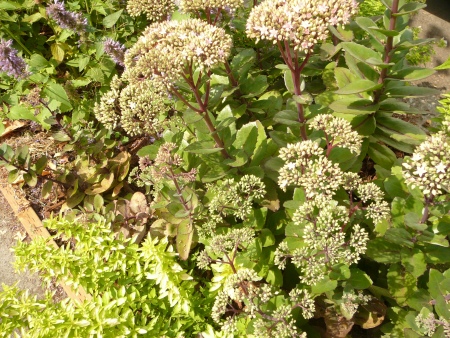 Several handsome varieties of sedums show up in the hell strip. 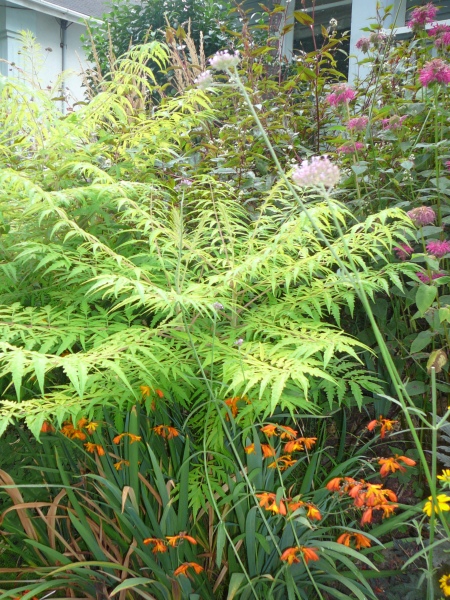 I’ve had my eye on a ‘Tiger Eye’ sumac. This clinches the deal…must have one. 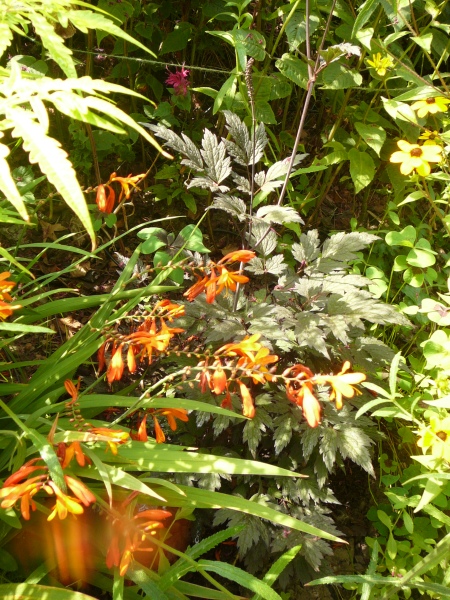 It doesn’t hurt that the bright orange Crocosmias and the dark foliage of Actea set the stage so beautifully. 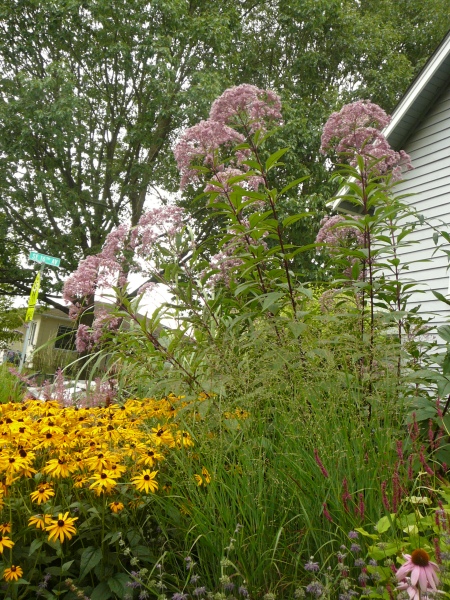 Scott stays right up to date with the vagaries of plant nomenclature. Eutrochium used to bear the name Eupatorium. I think I’ll just call it Joe Pye Weed and be done with it. 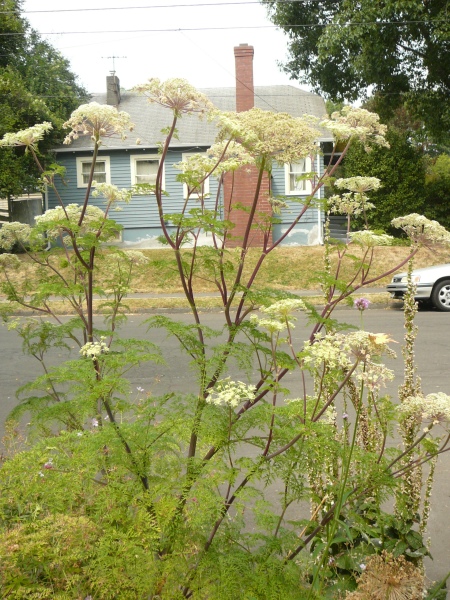 Several plants were new to me, like this Selinum Wallicianum. 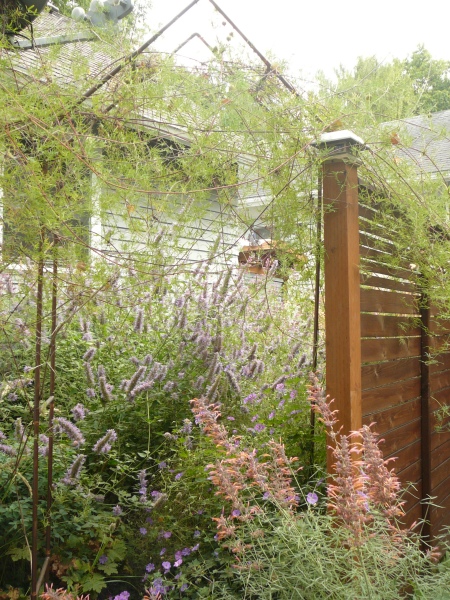 Around the side of the house, this copper archway leads into a back garden choked with many varieties of Agastache and the hummingbirds that have appropriated them. 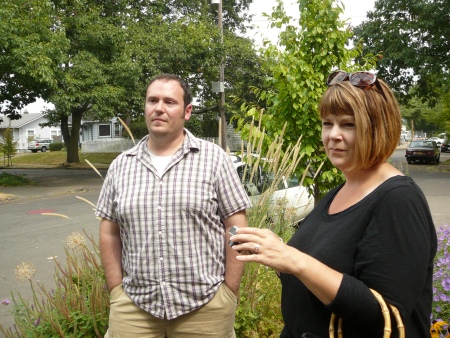 And here is our host, conferring with Loree of Danger Garden fame. Their styles of gardening could not be more different, but the love of gardening binds their friendship. Let’s hear it for diversity!