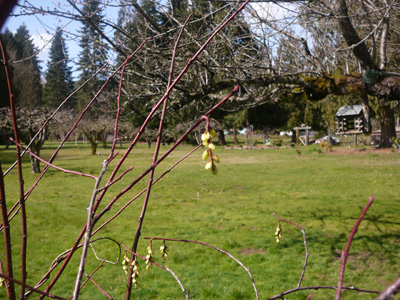 A long time ago, I spotted a photograph of a small tree dripping with long strings of golden beads. I cut the photo from the magazine and carried it around with me for years. Finally, in 2004, I found a small specimen at a Hardy Plant Society of Oregon sale. I gave it pride of place near a deck entry and waited for the magic to happen. It has been a long wait, and what you see here pales in comparison to the well-worn magazine clipping, but it’s a start. Not that it has been a disappointment in the meantime, mind you. Its bark is a lovely deep reddish shade…particularly fetching when partially obscured by snow: 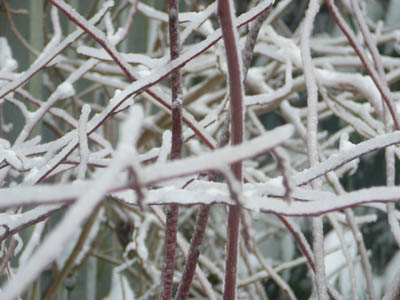 The leaves in autumn blush with pinkish russet hues, and it has already reached the minimum of its predicted height (6-10′). Still, when one is waiting for something to display its raison d’etre, it is difficult not to become impatient. 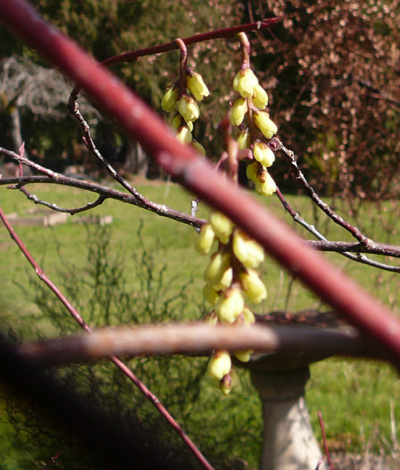 Part of its charm is the way it flowers on bare branches. I may even look back on this debut as the high point, as when it hits its stride and smothers the tree in blooms, there will be less of this lovely contrast.

Now, if only that six year old magnolia would produce a flower or two…