I find tulips hard to resist, even though they tend to peter out after a few years. In the past, I’ve potted up a few each year to enjoy on the deck, then moved them out into the landscape to fare as they will. Here, where voles rule, it hasn’t been a pretty sight. Last fall, I decided to give the Kaufmanias a try, since they have been said to not only return year after year, but to increase in numbers. I ordered 50 of the charmingly named ‘Shakespeare’ from my favorite bulb source, John Scheepers, Inc., and decided to put some real effort into giving them a fighting chance. 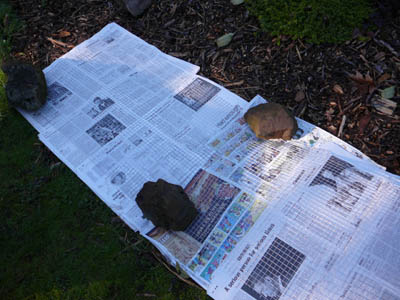 Step one: lay down a thick mat of newpapers. 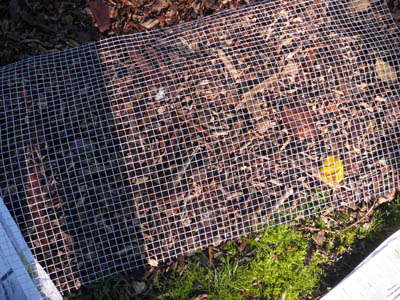 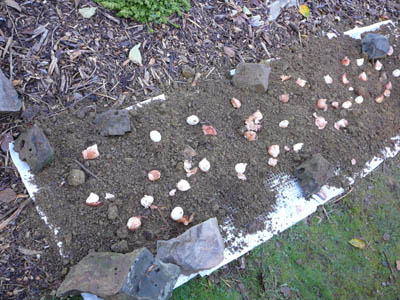 Step three: cover with soil, arrange the bulbs and secure with a rock border. Pile high with good soil amended with compost and bulb booster. Sit back and anticipate the glorious display, come spring. 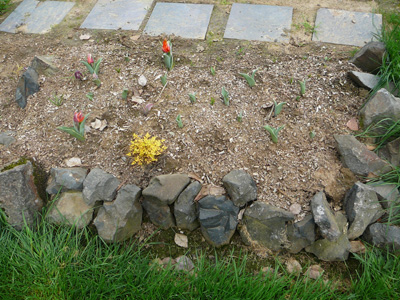 Sigh…yes, here it is, spring, and here are the disappointing results of all my work and planning. 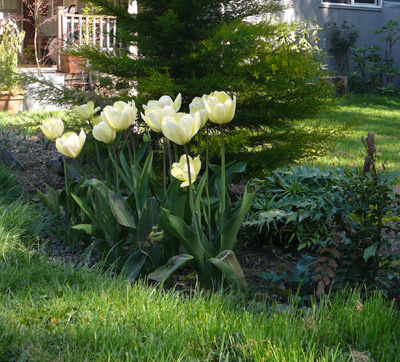 To end on a more cheerful note, these ‘Vanilla Cream’ tulips from Breck’s are in their second year, and it would be hard to ask for a more knockout performance. If there is a moral to this story, it might have something to do with “best laid plans”, and what gardener has no story to tell about those?