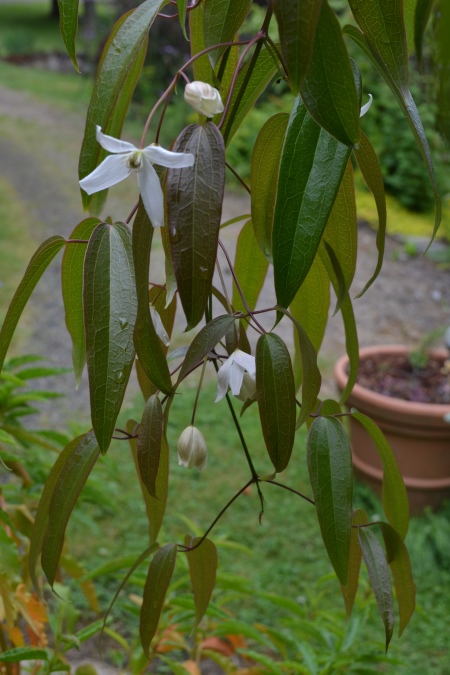 Here’s a surprise! For the first time, Clematis armandii is putting forth a second flush of blooms…nothing like the clouds in late March, but welcome just the same. 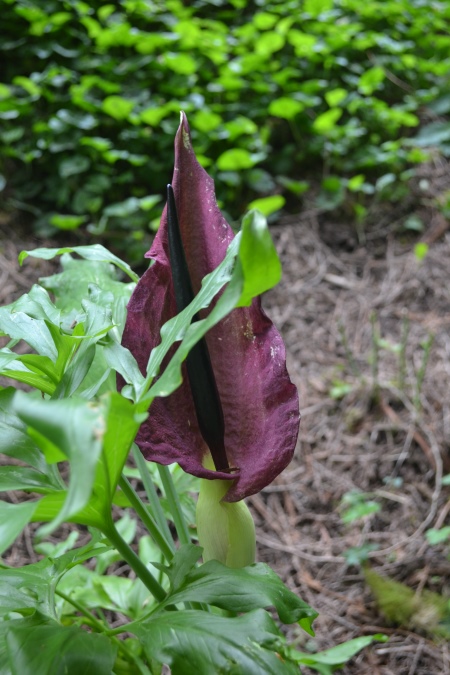 I love this plant, Dranunculis vulgaris, a passalong from a firiend who called it the penis plant. I had it in deep shade, where it never bloomed. I moved divisions to several different locations. This one, in dappled shade, has shown me what it likes. 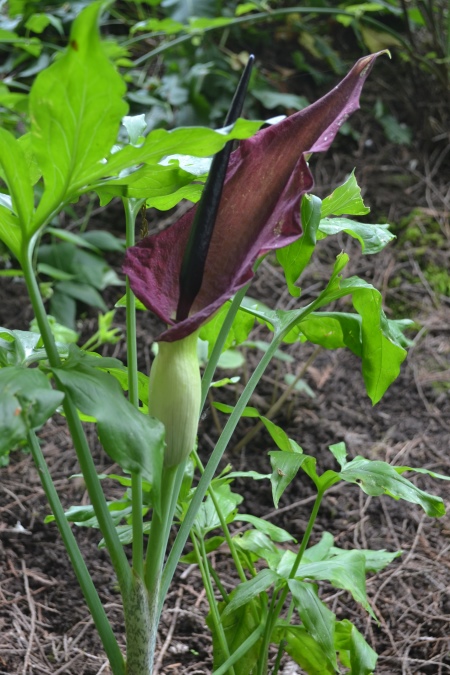 Here it is from another angle. I like the spotted stems almost as much as the dramatic flowers. They say they stink, but I have detected no odor. 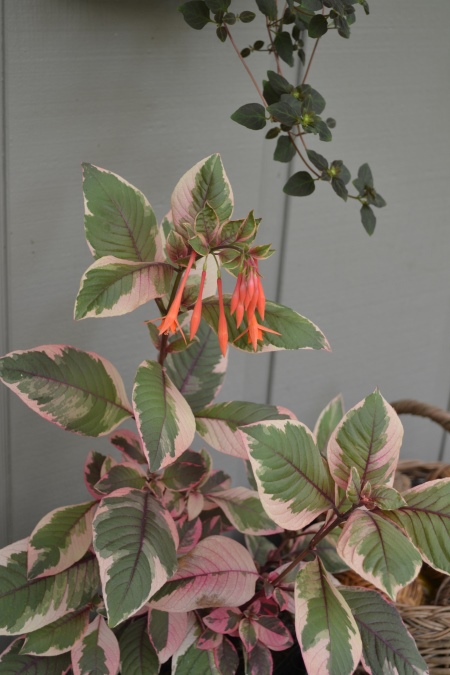 Here’s a case of nature coming up with a color combo that seems to defy common sense. I’m still not fully convinced, but I’ll give her a pass on this one. 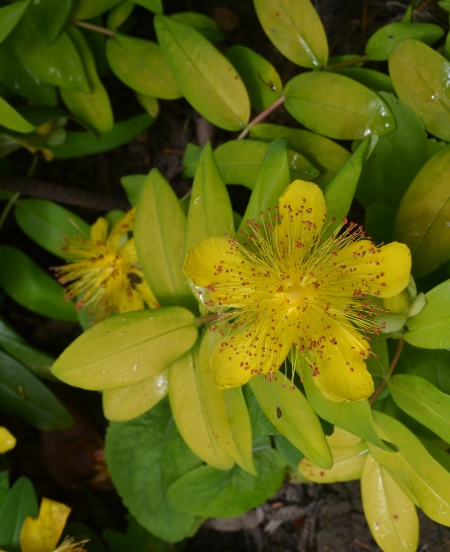 You know those fake Christmas trees where the light comes out the end of plastic “needles”? That’s what the stamens of Hypericum ‘Brigadoon’ remind me of. 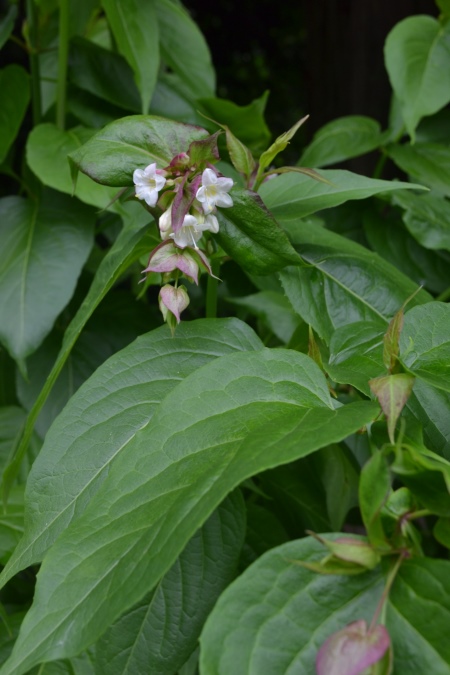 The dangling blossoms of Lecesteria formosa are just the introduction to a long season of interest. They will soon produce dark berries that dangle like ear bobs on an exotic dancer. 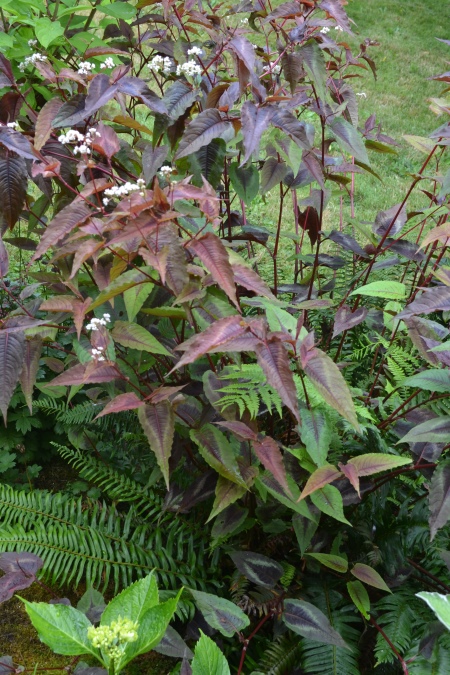 Tiny white flowers are just the frosting on the dynamic foliage of Persicaria ‘Purple Shield’. 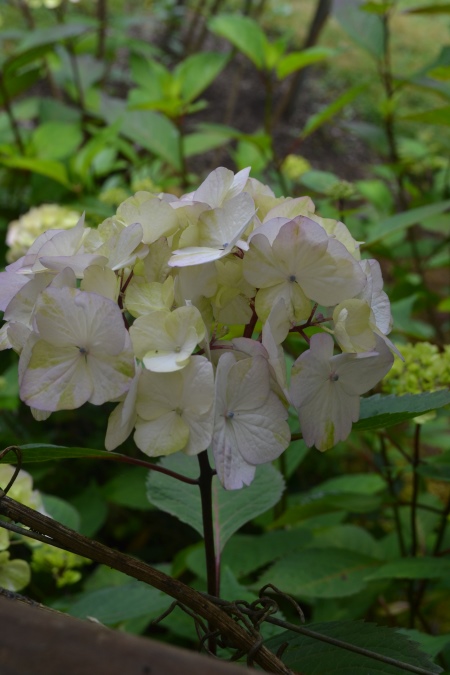 I’ve heard Hydrangea ‘Preziosa’ referred to more than once as the best of the Hydrangeas. Those dark stems and flower heads that range from creamy white to rusty bronze tones would seem to substantiate that claim. 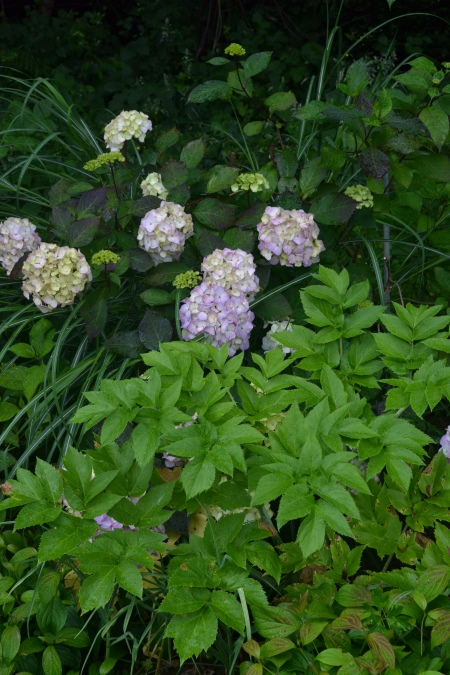 Here she is paired with Angelica from Ryan at a plant swap last year. I started with one plant of the Prez and found it easy to reproduce by layering, so I now have several. 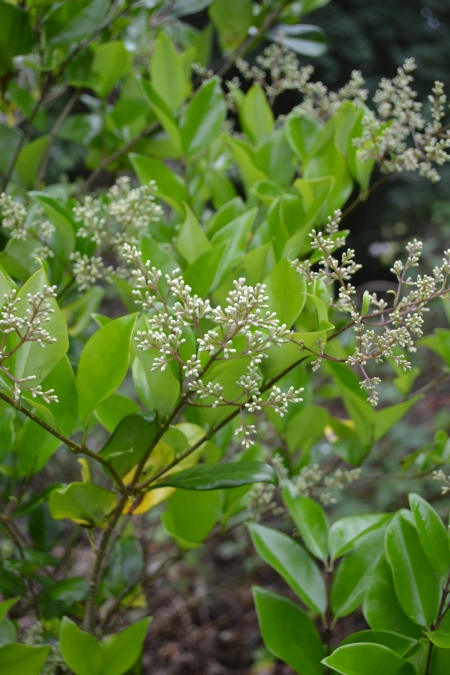 Privet is one of those shrubs that R planted as screening material. I held it in pretty low regard until it produced these lacy buds. It will fall back out of favor once they burst into boring bloom. 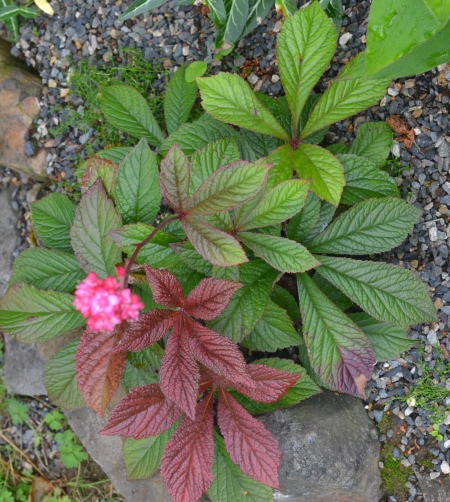 The leaves of Rogersia ‘Bronze Peacock’ turn green as they mature, but new ones continue to come along, keeping the bronze theme going. 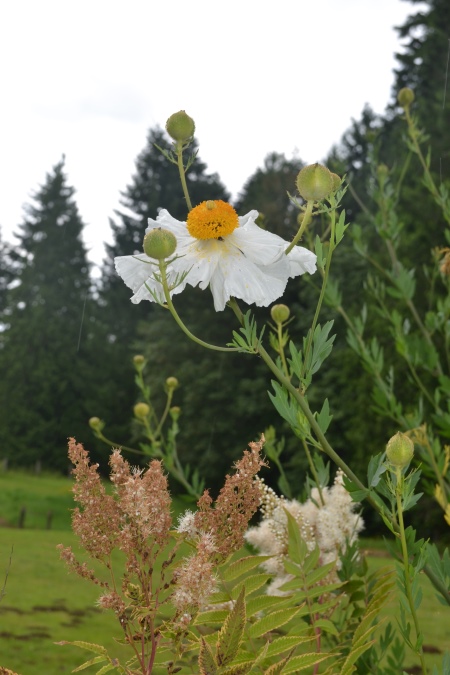 This was on my wish list for ever so long, and now Romneya coulterii is putting on a good show right here along our fence line. 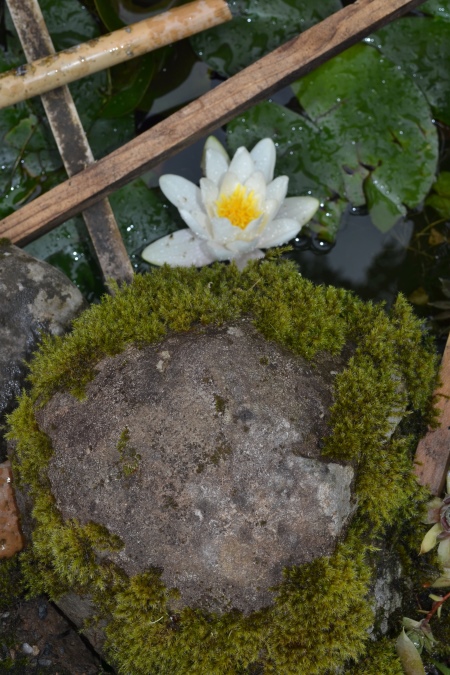 The water lilies get less sun than they would like. Usually, one blossom is all we get, but this year we’ve had three so far.

So July is off with a bang, which seems appropriate. These are my kind of fireworks.