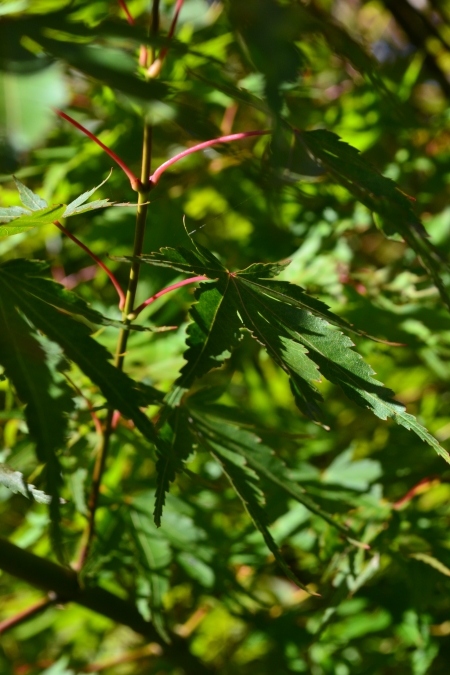 I guess this is some form of Japanese maple, picked up for a pittance. In its youth, it flamed out with beautiful color. Not so much last year, so I will be curious to see what happens as temperatures drop. In the meantime, I’m enjoying the lacy leaf shapes on bright red stems. 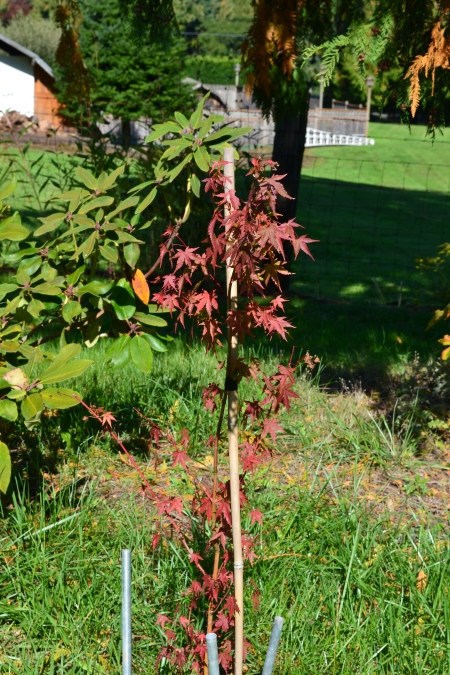 Another younger maple with similar origins is coloring up nicely. You can see why I hope that it will not become more blasé with age. 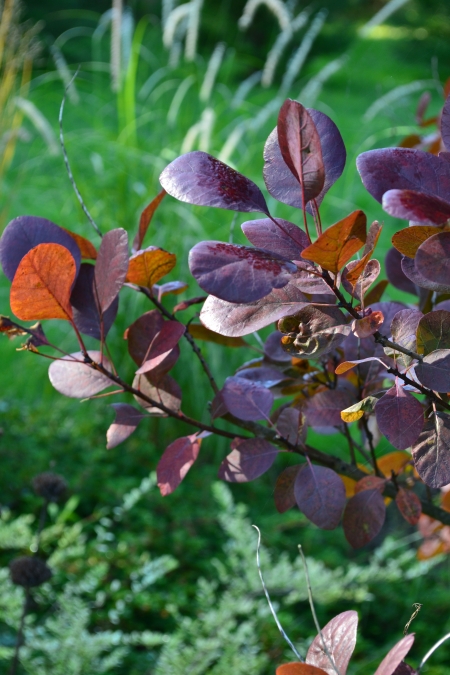 Unlike so many leaves that deepen and darken, the Cotinus ‘Purple Robe’ lightens from its inky purple summer attire to coppery tones now. 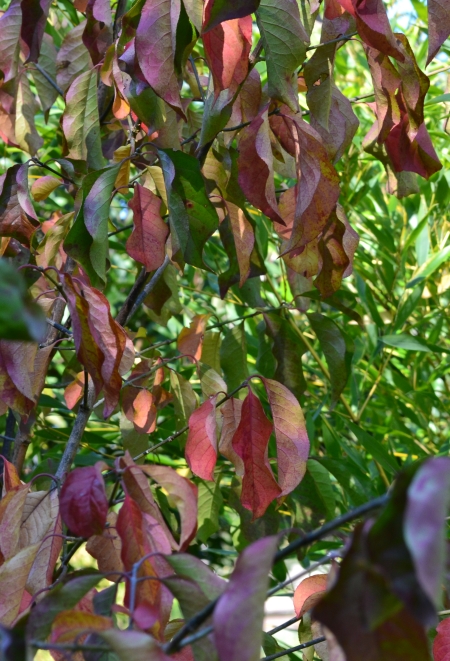 Looking at the shapely, colorful foliage on the Spindle Tree (Euonymus sachalinensis), I can’t really fault it for failing to produce the dangling fruits which I formerly viewed as its reason for being. 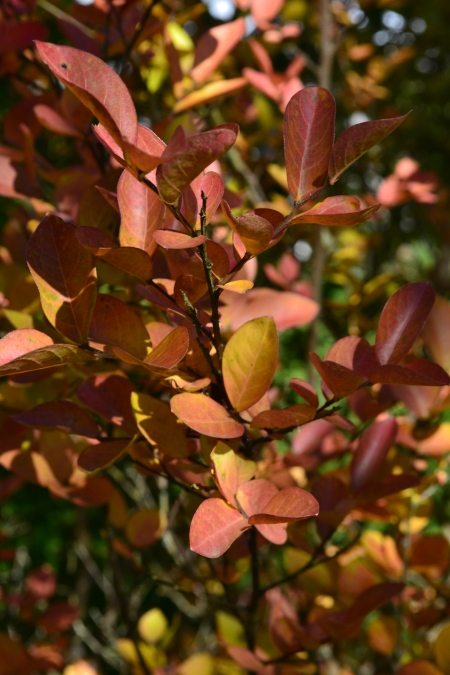 A crape myrtle earns its keep with this display. 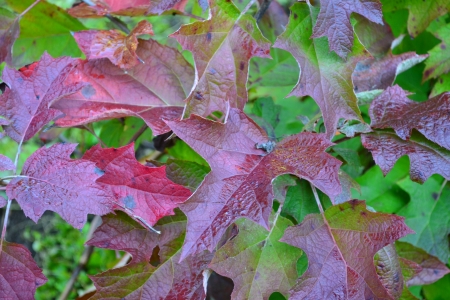 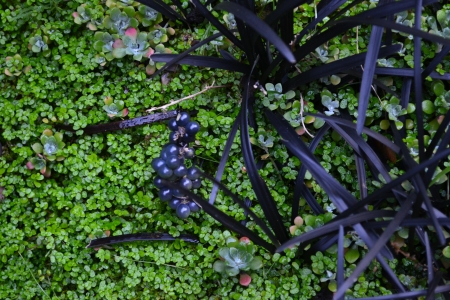 While the black mondo grass (Ophiopogon planiscapes ‘Nigrescens’) changes color not one whit (and who would ask it to?), it does produce pearlescent berries to add to the fun. 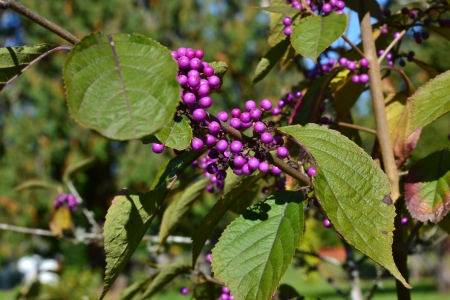 Speaking of berries, it would be hard to top the aptly named Beautyberry (Calicarpa bodinieri ‘Profusion’). 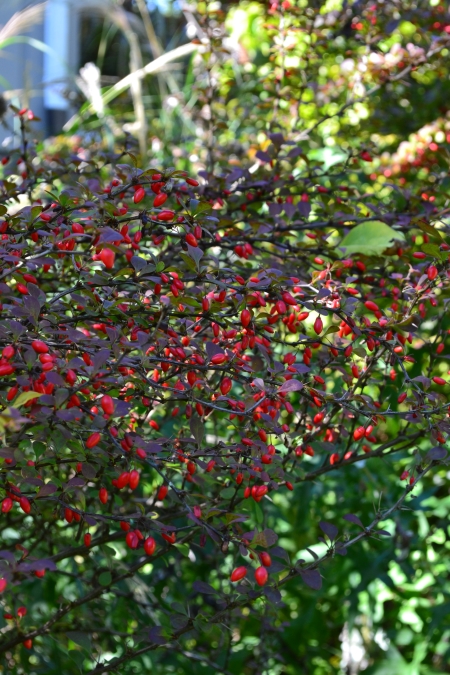 Or Berberis thunbergii purpurea, wearing its berries like jewels on opera night. 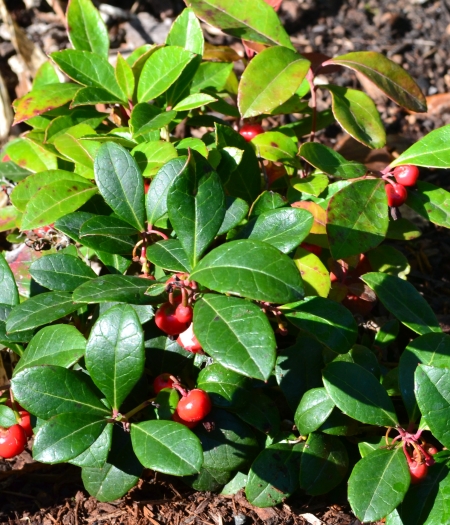 Pluck one of these berries, pop it in your mouth and see why Gaultheria procumbens is called Wintergreen. I often buy these for porch pots during the holidays. They make good ground cover, so I never have too many of them. 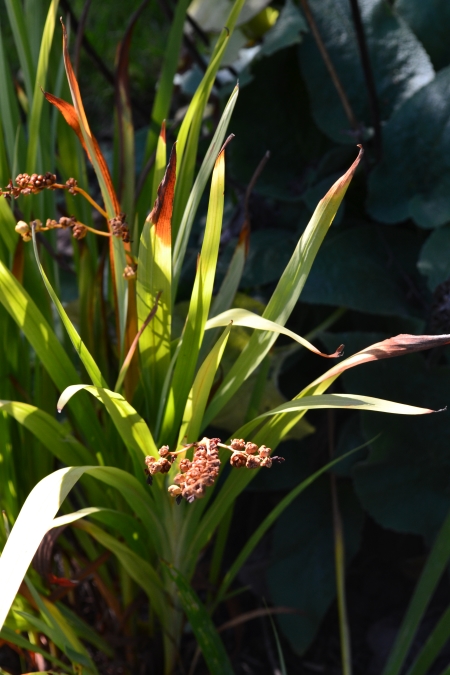 Seedheads left behind when the Crocosmias stop flowering make startling bouquets indoors or out. 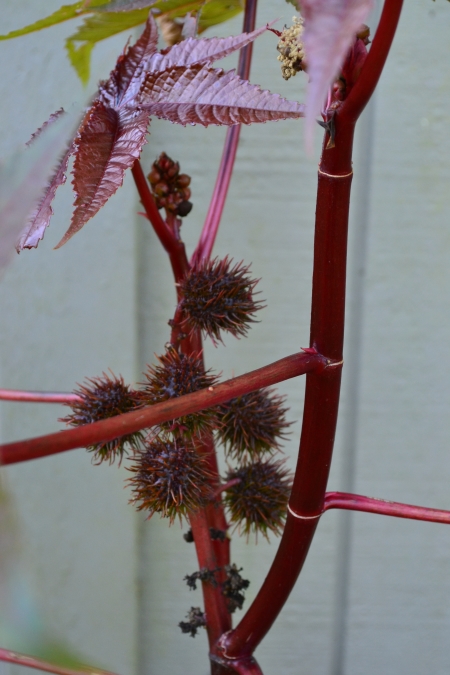 Each of the little burry balls on the Castor Bean Plant holds three seeds, ensuring that this favorite will show up somewhere in the garden next year. 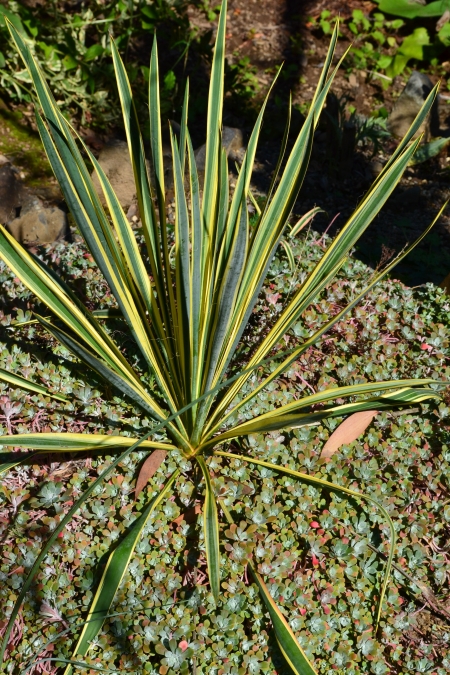 Unlike everything else in this post, Yucca ‘Bright Edge’ makes no concessions to changing seasons. That’s OK. I am perfectly satisfied by its perseverance, maintaining its spiky splendor whatever the weather throws at it.

See what Pam has up her sleeve for this October edition of Foliage Follow Up.

15 thoughts on “when foliage is the star”