…but who can resist snapping photos in the snow? Not me. 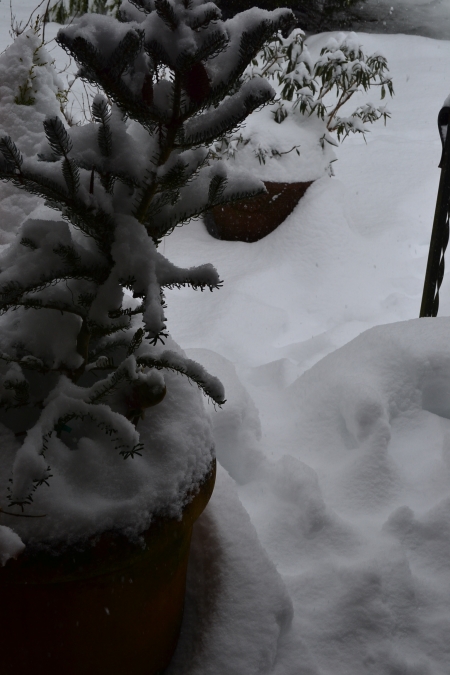 We’re not shovelers, so this was what our front steps looked like this morning. 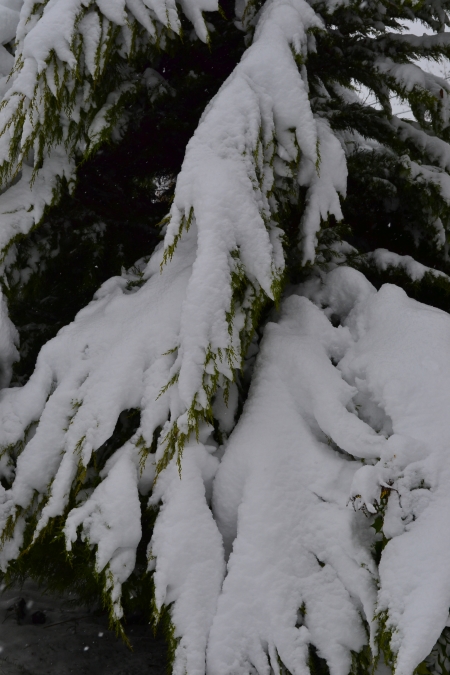 Our mission was to knock the snow off the evergreens before the freezing rain hits. So far, it’s been a dry, light snow, but even so the branches were weighted down with it. We were afraid that an ice storm would result in broken branches. Apparently there are two schools of thought on this. Do you think we did the right thing? 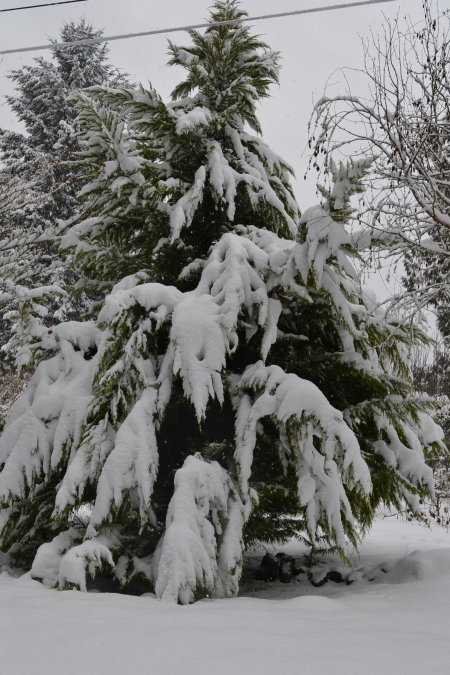 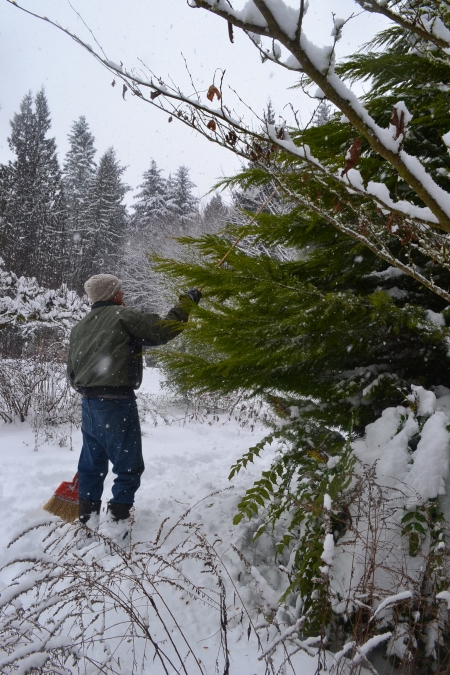 It was a joint effort, with all the trees that we have. Here’s Richard, doing his part to liberate ‘Citradora’ 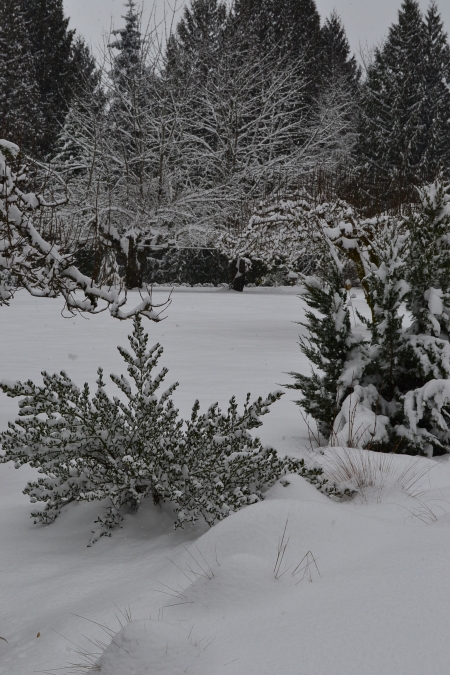 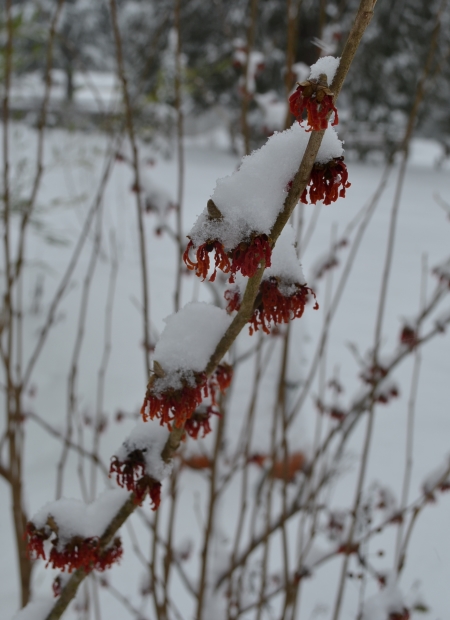 I was complaining about Hamemelis ‘Diane’ having stubby petals. I guess I was just being impatient. They elongated over time, to give us a bright spot in all the white. 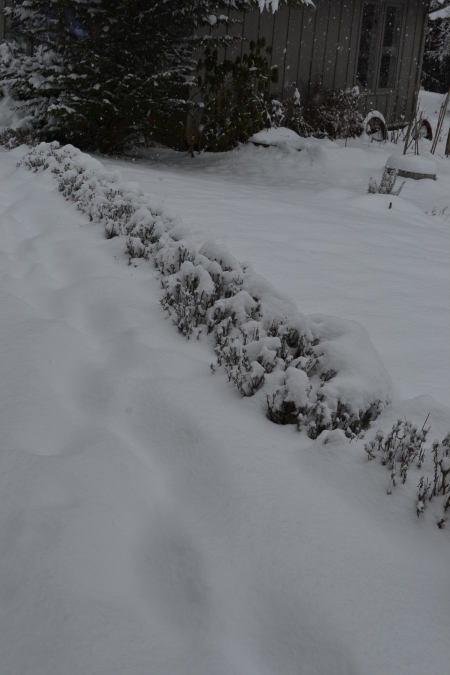 The lavender walk is nearly buried, but at least it shows us where the path is to the studio. 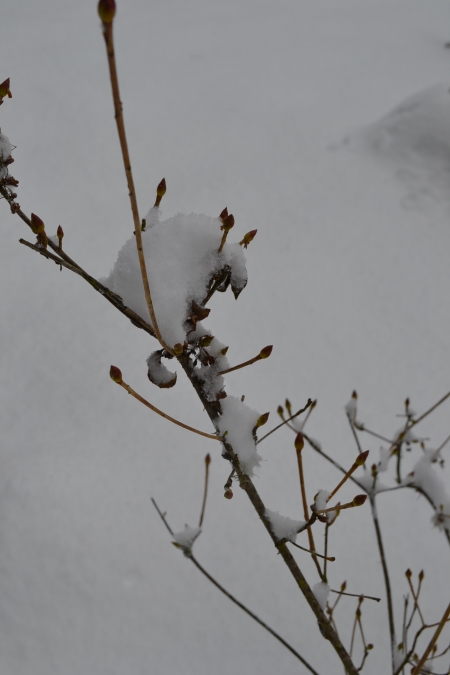 Buds about to burst on the Enkianthus were in for a surprise. Think they’ll make it? 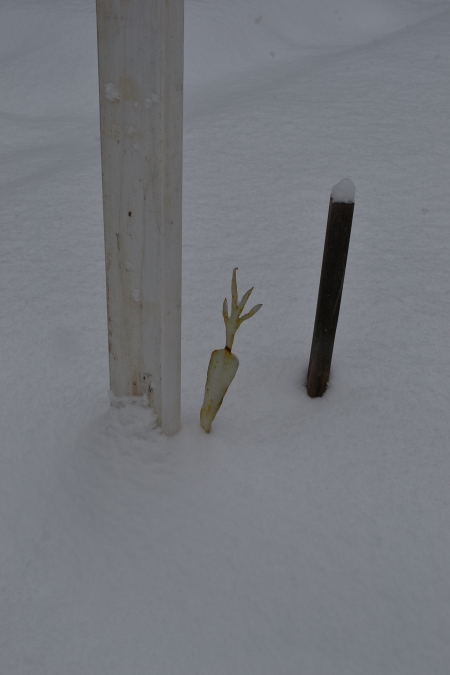 Looking to the future, or dreaming of things past? 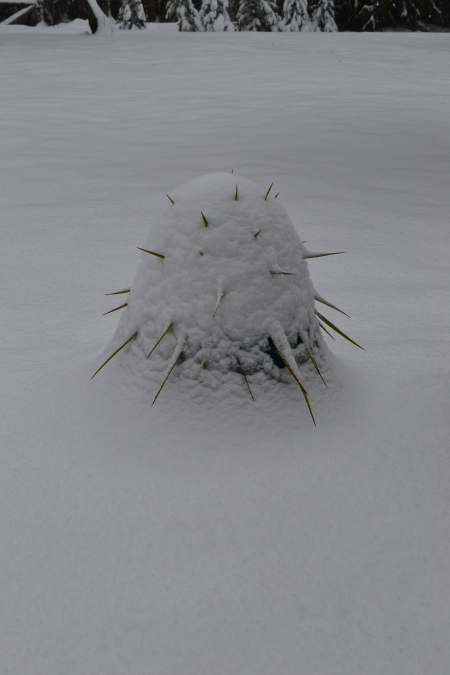 Does this not look like something out of ‘Game of Thrones’? The snow is up nearly to the rim of the big green pot holding Yucca aloifolia ‘Spanish Bayonet’. 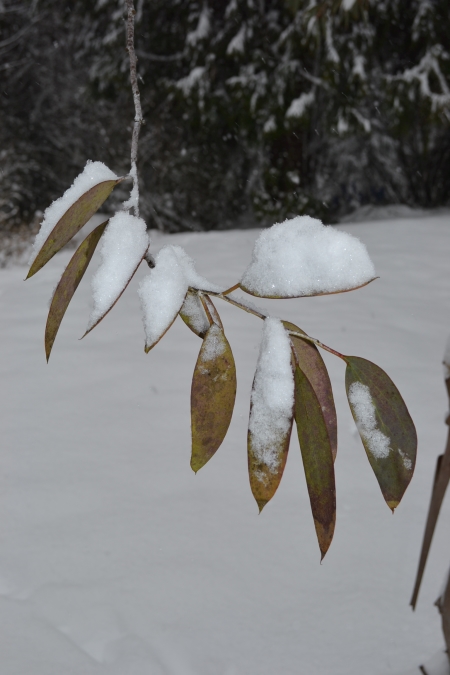 There’s something not quite right about Eucalyptus in the snow, but it sure is purty. 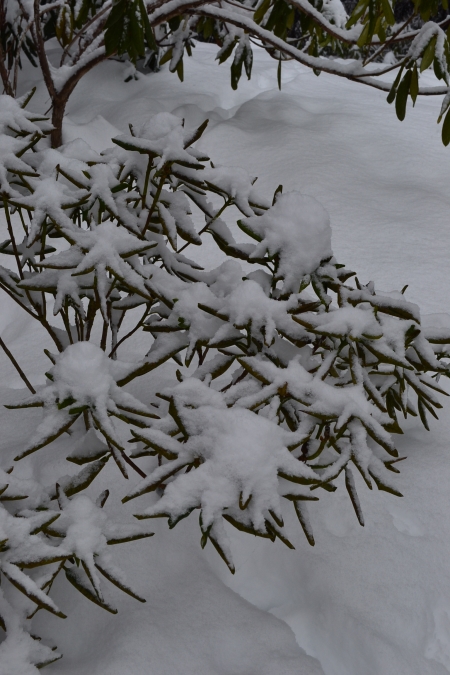 The Bonnie Lassie said it best when she described the snow as bringing out a graphic quality in some plants. It surely does so with Rhododendrun ‘Seaview Sunset’ 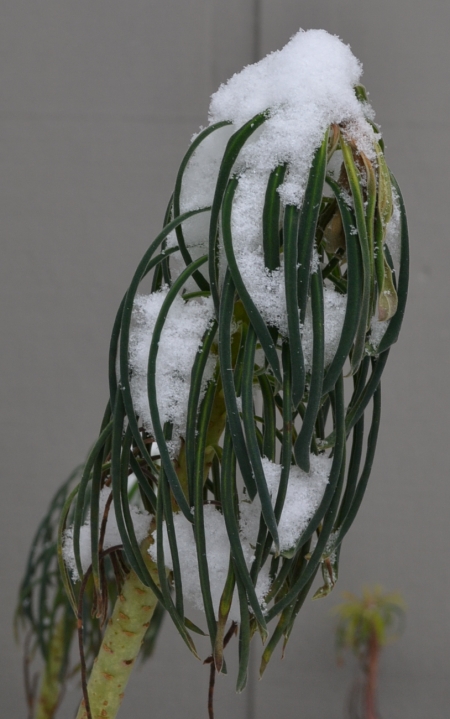 I can almost hear Euphorbia wulfenii muttering “shiver me timbers”. 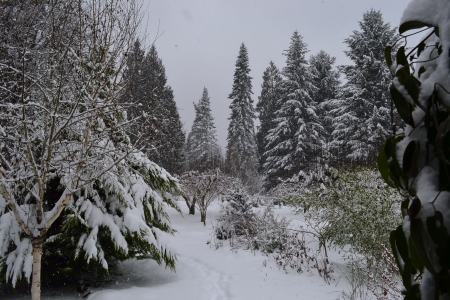 Now here’s the view out the front… 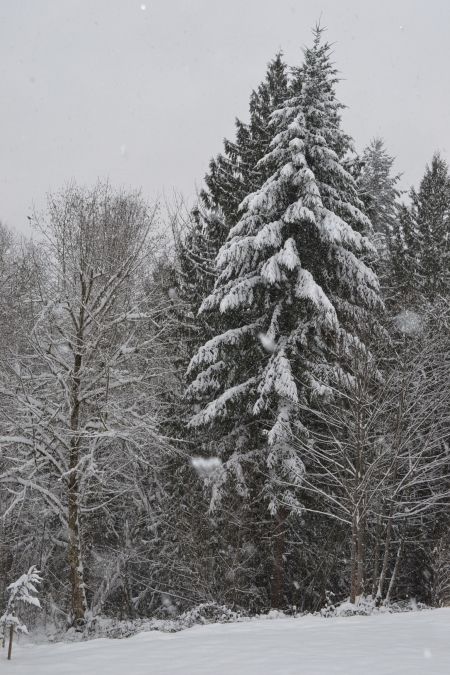 and out the back

Right now, the snow is turning to freezing rain. I can remember a number of “silver thaws” in years past. Deadly…but absolutely beautiful. Hope my gloves dry out in time so I can bore you with even more photos.