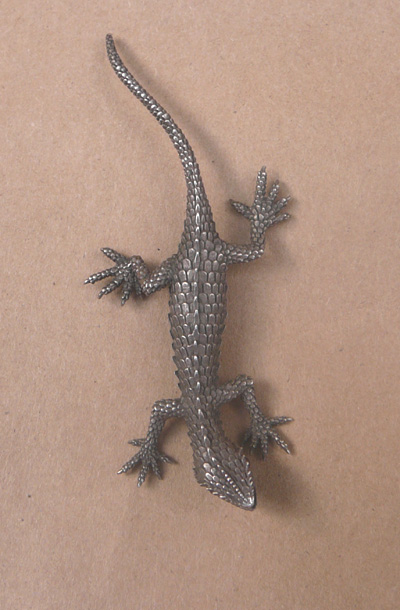 The above is a picture of a pin. Whenever I wear it, there are comments about how realistic it is. The other day, I was sewing away on banners. When I looked down, there by my feet was, I thought, my pin…but no…on closer inspection, it turned out to be a live critter. Poor guy had obviously been hiding beyond the reach of the vacuum (he was covered with little tufts of lint) and scared out of his wits (or maybe into his wits, as he was holding still as a statue). Rather than add to his anxiety, I simply opened the door to the outside and left him alone to find it. Next day he was in the bathroom. Obviously, an intervention was called for, so I scooped him up, deposited him in the woods and wished him well. Usually the lizards seen around here are bright orange, so he may have a tough time meeting up with his own kind.