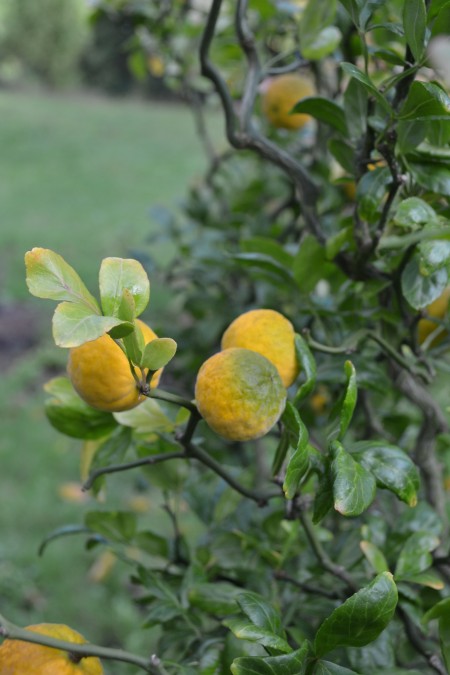 These are the fruits on Poncirus trifoliata ‘Flying Dragon’, otherwise known as hardy orange. I have written about this small tree many times. Last year one of you blogging buds suggested using the fruit to make marmalade. The thought had never occurred to me. I had always thought of them as purely ornamental, maybe even poisonous. 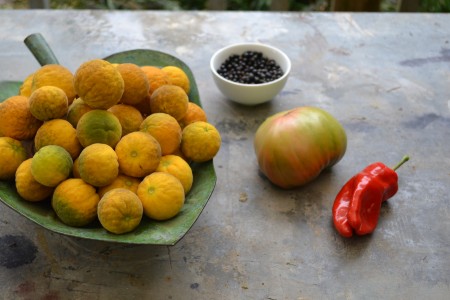 Well, once planted, it was a thought that grew on me. At the same time I was picking the last ripening tomato and the first ever huckleberries, I decided to give it a go. 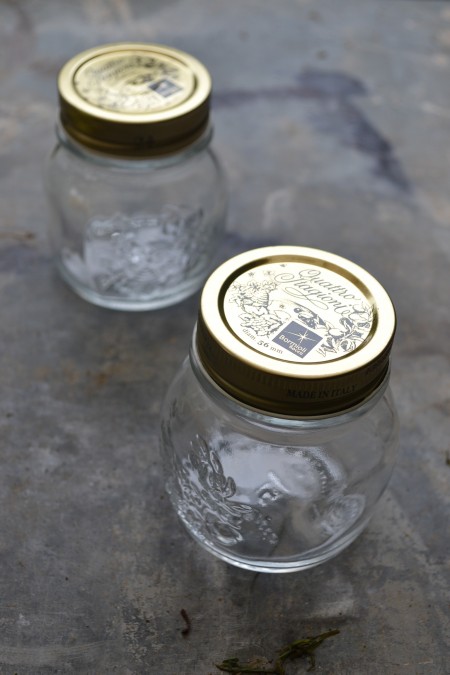 A search for Weck jars took me to Sur La Table, where I found these little Italian jobs that appealed to me even more. They have a single, rather than two-part, lid, but otherwise are treated the same. I later found a full array of Weck jars and bottles at Schoolhouse Electric. 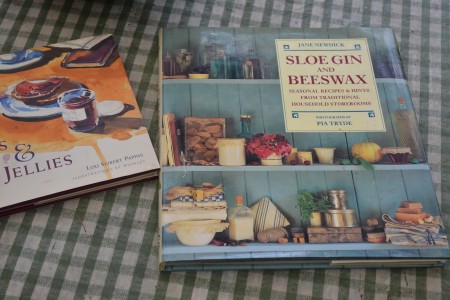 I’ve had these two charming books for a long time, so they’re probably out of print. 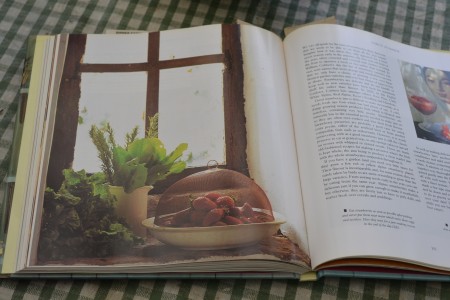 Sloe Gin and Beeswax is a feast for the eyes. Its recipes use metric measures, but it addresses all kinds of esoteric ingredients, like medlars. 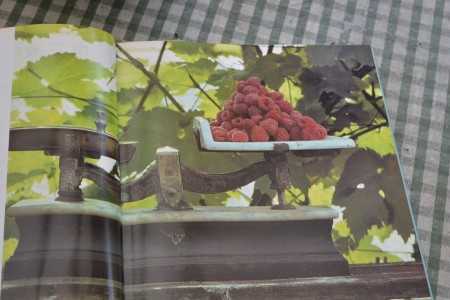 Even it made no mention of Poncirus fruit, but I pieced together a recipe from several sources. Covering the fruit with water, I simmered them for about an hour. Once they had cooled, I halved them, scooped out the pulp and seeds into a small pan and cut the peel into strips. Add the juice and seeds (the seeds act like pectin) of one lemon to the small pan, some water to cover and simmer for fifteen minutes. Strain off the juice into a large pot, add the peel, 4 cups of water and 4 cups of sugar. Bring to a furious boil until it reaches 220 degrees F. I stirred in some toasted walnuts and whole coriander seeds. Process like you would any jam. The result is not to everyone’s taste (but then you could also say that of marmalade in general). I consider it something of a gourmet novelty and will gift it to only the very most special people. 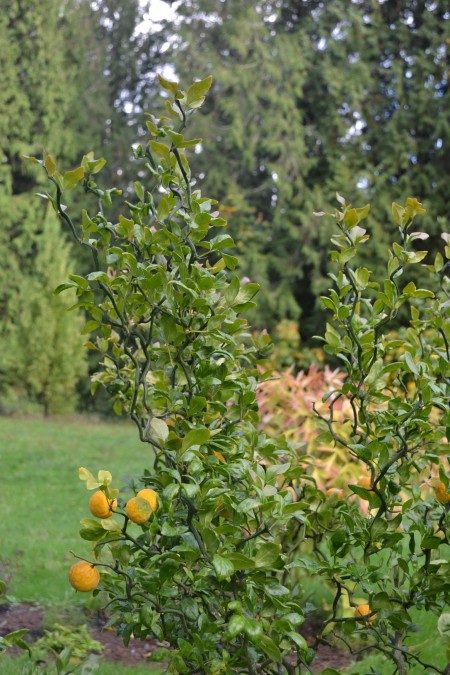 Are you growing anything that presents a culinary challenge? If so, I would love to hear about it. And if it was you who suggested this adventure, I thank you.