Ever notice how most of the blooming shady characters strut their stuff in white? Here is an exception: 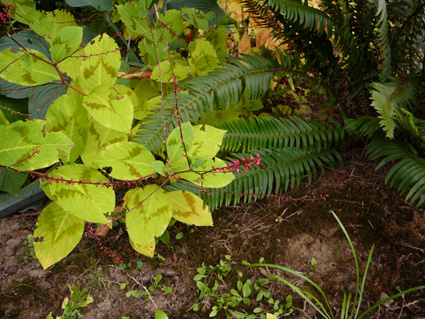 When I bought one 4″ pot of this from Barbara Ashmun at her open garden several years ago, she warned me of its loose ways. I loved the dark chevrons on acid green leaves. Late in August it surprised me by producing long wands of teensy fiery red petals (so small, in fact, that they virtually disappear until the light catches them to produce fireworks). They do seed freely, but I love the way they fill in amongst the ferns, hostas and such: 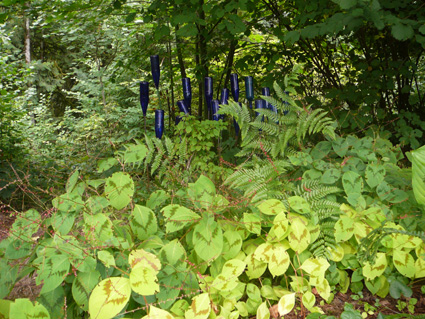 When it threatens to overshadow something like the spike moss, it is not one of those stubborn thugs that digs in its heels and refuses to be plucked out. It used to be called Tovara virginiana, but now I think it goes by Persicaria something-or-other.

And speaking of ‘Fireworks’: 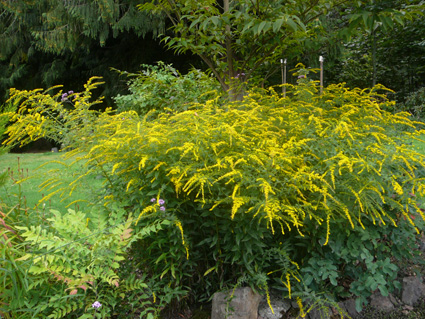 This goldenrod earns that common name. 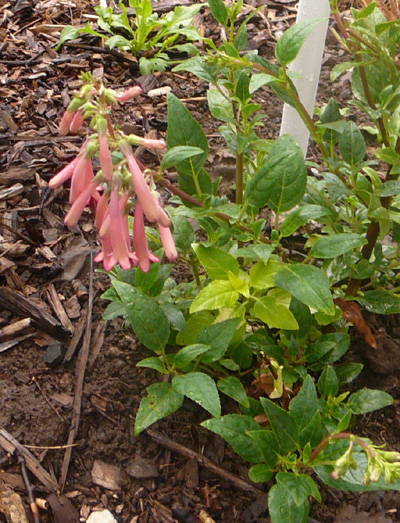 Those darned Phygelius. First ‘Moonraker’ seduced me into yellows, now ‘Trewidden Pink’ is threatening to do the same for pinks. 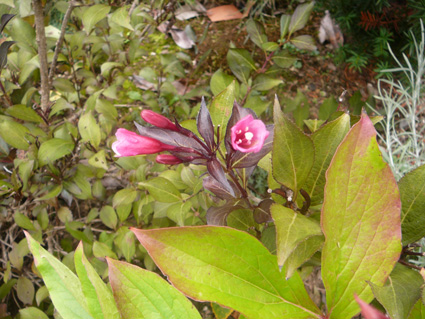 Speaking of pink, the first bloom of Weigelia florida ‘Wine and Roses’ is tooo much pink, but this second time around sparse bloom on the burgundy-leaved shrub suits me fine, especially with the peony foliage just beginning to take on russet hues. 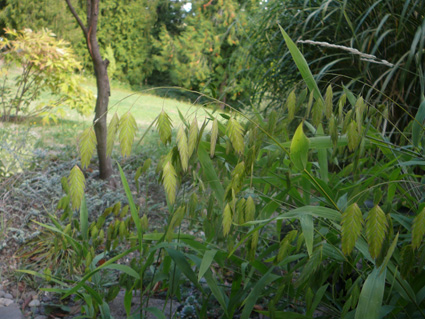 Do these ‘Northern Sea Oats’ seed heads count as blooms? They sure do add something to the pond’s edge…and to late season bouquets. 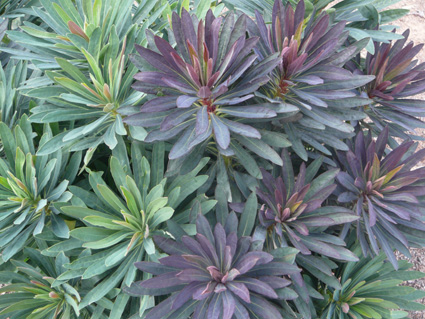 Several local bloggers have been having trouble keeping Euphorbia ‘Blackbird’ happy. This one is in a berm with filtered sun, if that helps. It really is worth repeated tries, don’t you think? 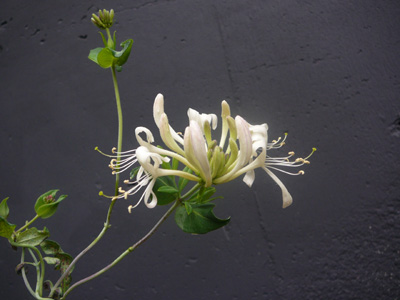 We have a problem spot on the south side where R planted a honeysuckle vine in hopes of creating a screen. I caught it at its most fetching moment, after which it started to get ratty looking. 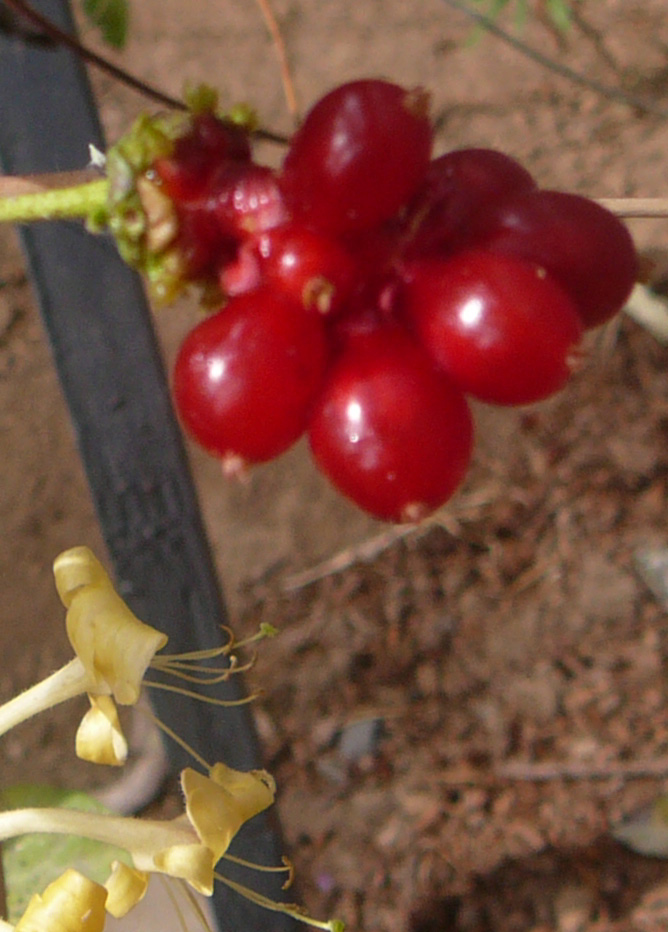 But it does form these glowing berries. 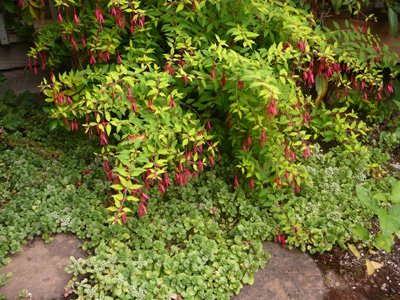 I’ll say goodbye with fuchsia ‘Golden Gate’…a feast for the eyes as well as for the hummingbirds. Go to my blogroll and click on May Dreams Gardens if you want to get in on this Bloom Day thing.