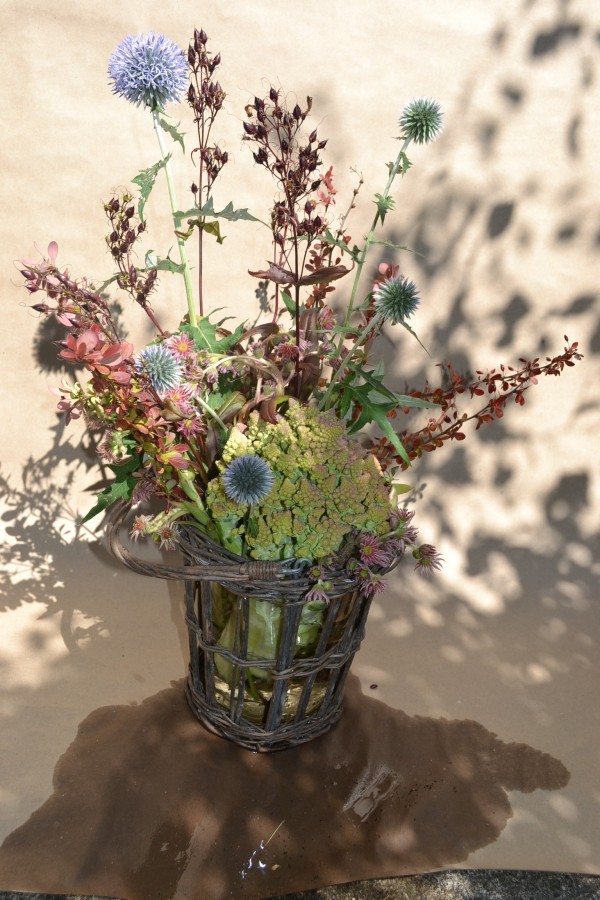 The star of this show is the Romesco from the veggie patch. We planted several of these and have already feasted on one, tossed with olive oil and salt and pepper and roasted. It tastes a lot like cauliflower, but with a bit more bite and a lot more texture…delicious. 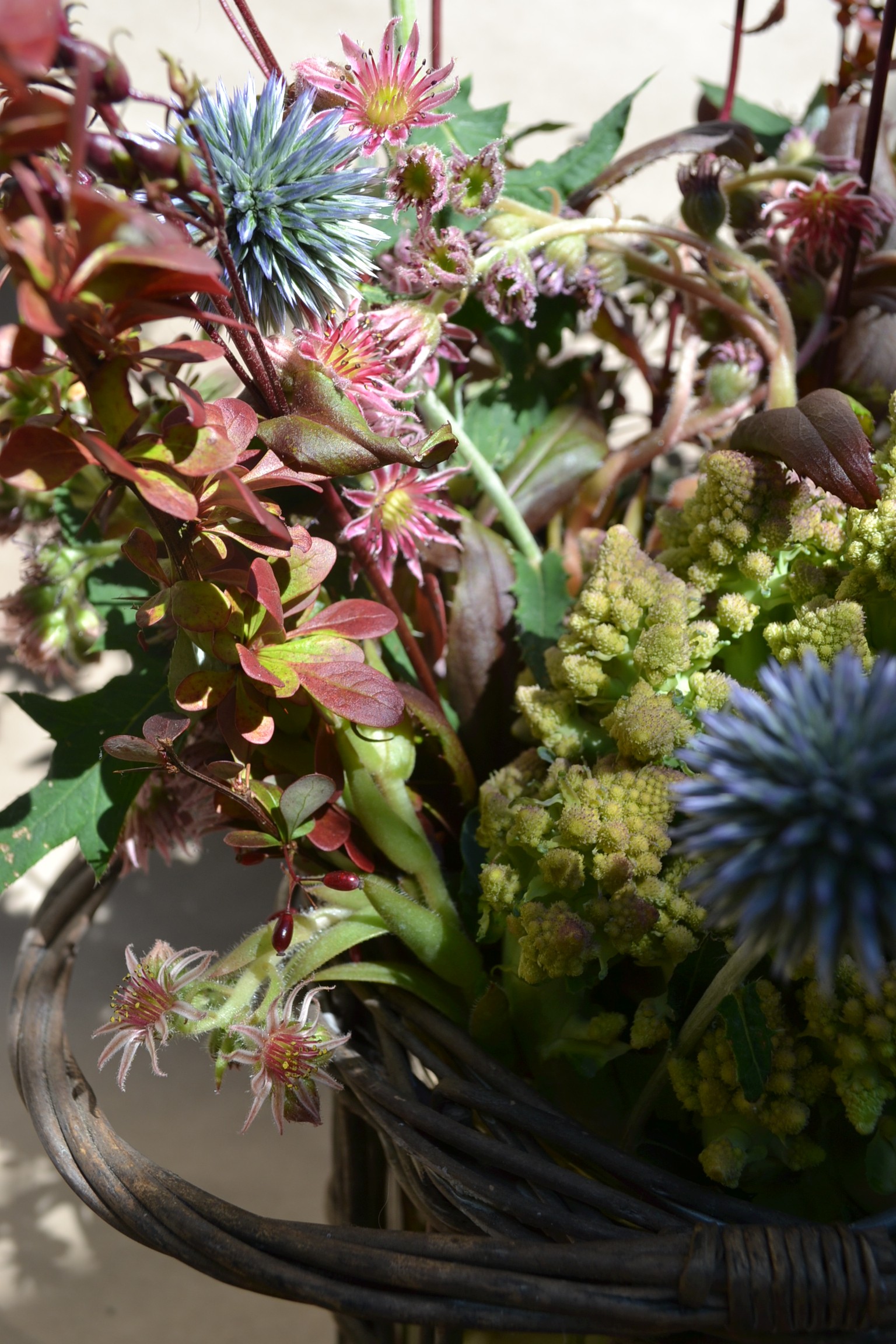 I stole some Echinops banaticus ‘Blue Glow’ from the bees and tucked in a few flowering stems of Sempervivums for good measure. 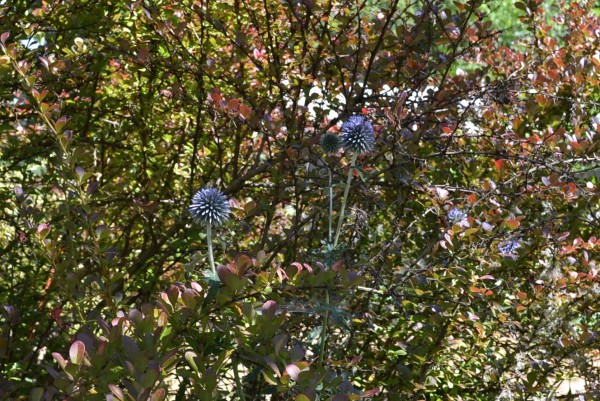 In the garden, the ‘Blue Glow’ is growing in front of and through Berberis thunbergii purpurea. Since I like that look, I added a few cuttings from the barberry. 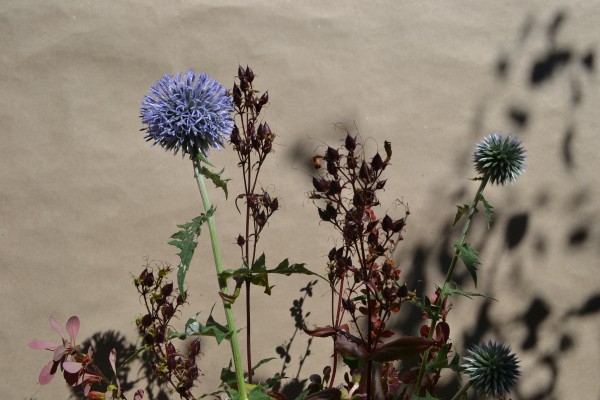 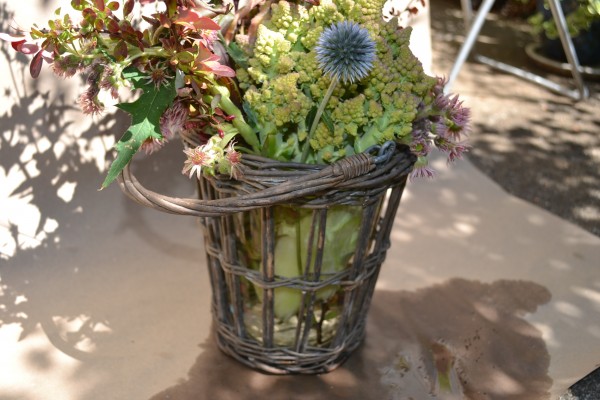 And it all went into this cute glass lined basked that I received as a hostess gift last year. Here’s the link to Cathy’s (Rambling in the Garden) ‘In a Vase on Monday’ post for this week.