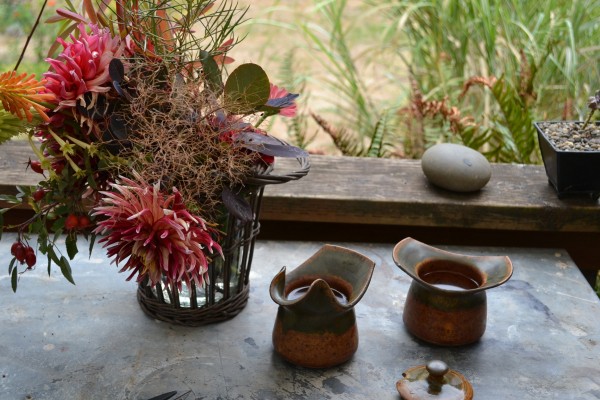 You can probably tell that this cream and sugar set is from the 1970’s. It seemed perfect to showcase the rustic colors prevalent in the garden right now. I gathered a bit of everything. 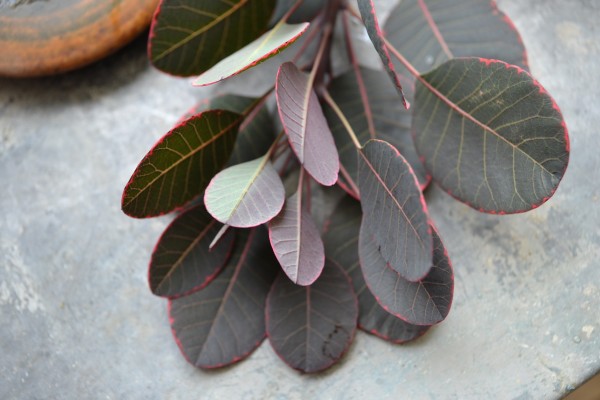 The first Cotinus I ever saw had a bright red border around its dusky purple leaves. I searched everywhere, to no avail. Now I’m thinking it was a stressed specimen (it lived in a hellstrip in NW Portland). Mine is not quite as dramatic, but this hot summer has produced a similar effect. This went in as the base for the first bouquet. 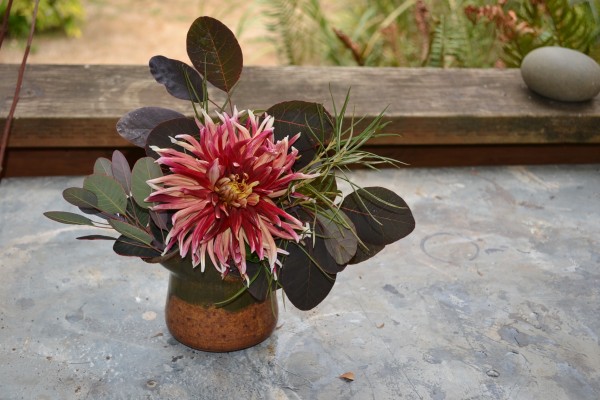 After adding a bit of feathery willow and a Dahlia ‘Akita’, I decided that was enough. 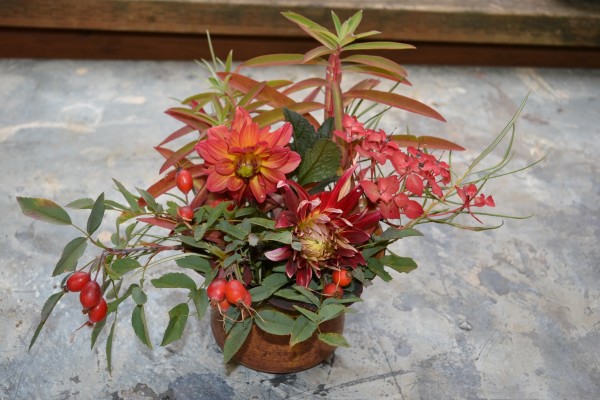 For the second vase, the base consists of several stems of Euphorbia ‘Fire Charm’ (most just leaves but one with a late flower) and some more sprigs of the willow (for continuity). A second ‘Akita’ is joined by Dahlia ‘Groovy’ and a stem of Rosa glauca hips and leaves. 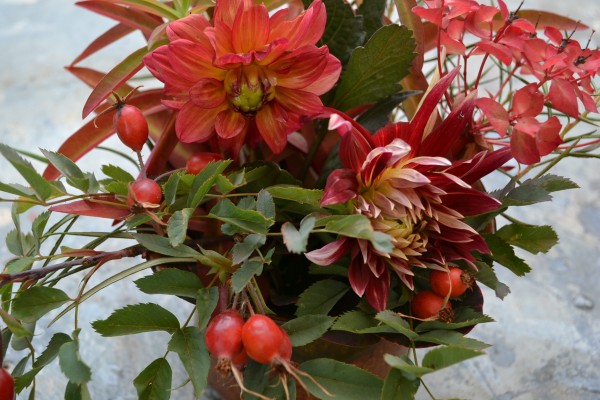 Here’s a closer look before I take these inside… 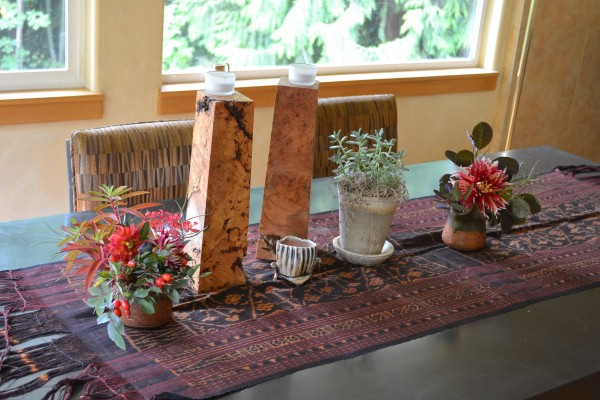 where they fit right in with the color scheme we’ve got going in our dining room. Gee…I sorta feel like I should have a dinner party. 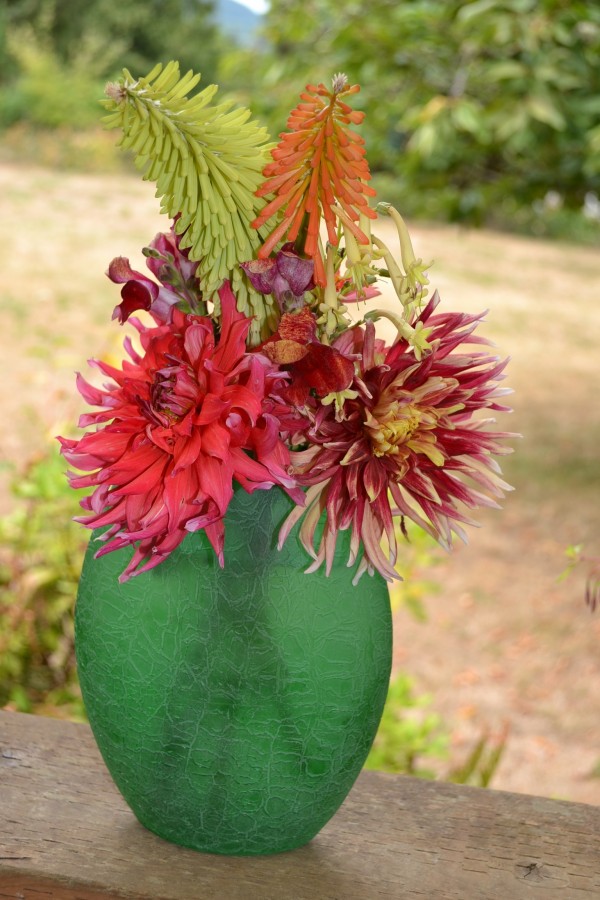 My eyes proved bigger that my vases, so there was plenty of material left over to fill another vase. This one has two different Kniphofias some Zinnias, the last ‘Akita’, a NOID Dahlia and a few snapdragons. 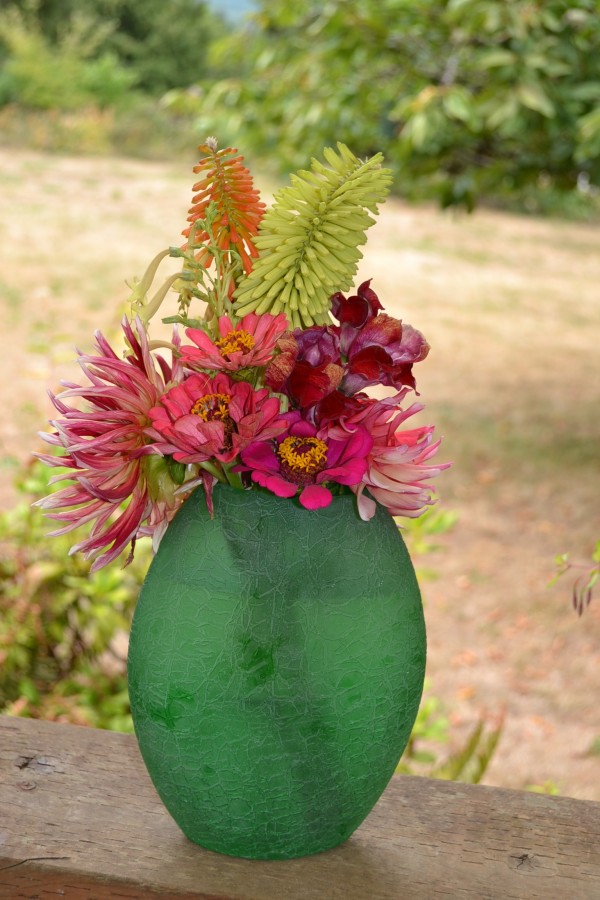 Here’s the back side of my afterthought vase. Oh, and there’s a stem of Phygelius ‘Moonraker’ in there too. Cathy (Rambling in the Garden) is your gateway to ‘In a Vase on Monday’, where bloggers are invited to find something to “plonk” in a vase every week of the year.