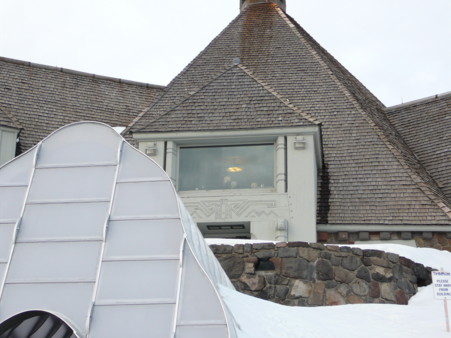 If you saw The Shining, you have seen better shots of Timberline lodge from the outside than anything I can share with you, but the interior in that movie was, for some inexplicable reason, an insipid, uninteresting (oh, I get it: they didn’t want the surroundings to upstage the actors)…enough said. 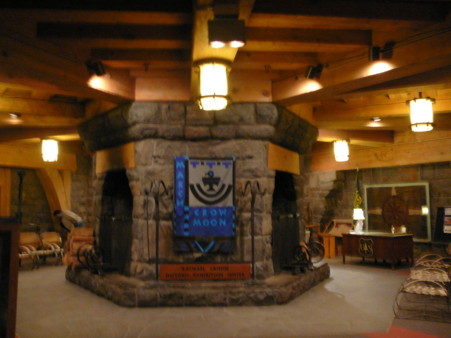 Coming through the front doors, one is greeted by this impressive stone fireplace. When I was growing up, we spent nearly every winter weekend in Government Camp. This room was open to the public for use as a kind of warming hut. A roaring fire was always blazing, chairs full of recovering skiers were arrayed around it, and the air was permeated with the aroma of wet wool, scorched mittens drying on the hearth and wood smoke. It was a magical refuge between ski runs between Timberline and Government Camp. 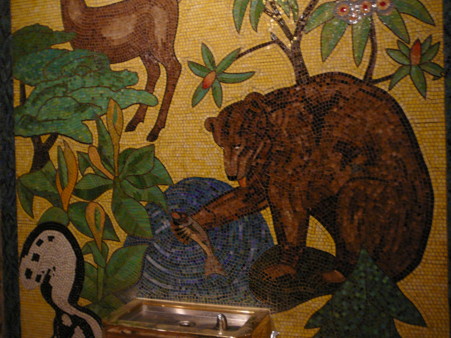 The entire lodge was built as a WPA project during the depression, and is filled with the work of artists and artisans of the time. Just inside the entry, the drinking fountain is backed by this mosaic. You get some idea of the scale from the fountain in the foreground. 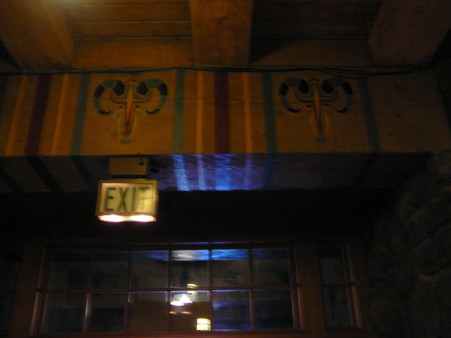 Turn around, look up, and see this frieze decorating the massive beam over the doors. The exit sign is distracting here, but when one is in the space, the art and architecture overwhelm such petty incursions. 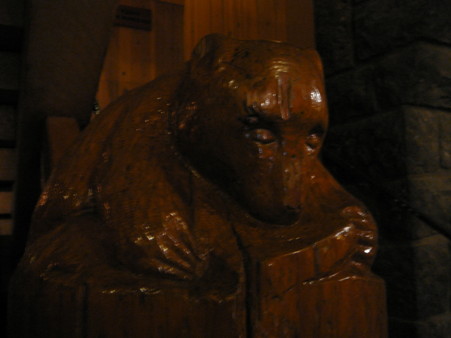 Let’s go upstairs. Each newel post, throughout the building, is a full sized log, carved at the top with the image of an iconic northwest creature nestled down peacefully for a snooze. This one is a bear cub. 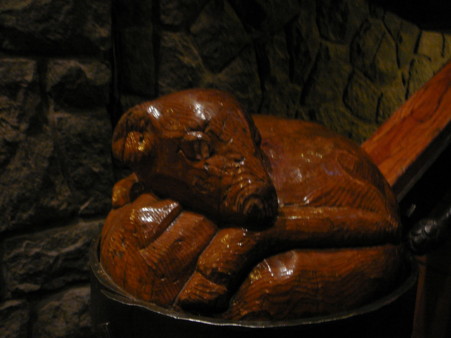 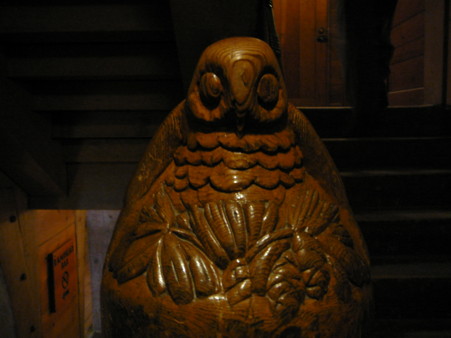 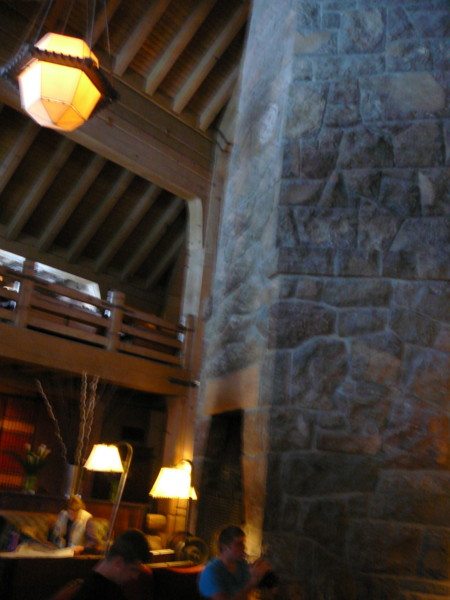 Nothing can truly prepare one for emerging into this magnificent space, anchored by the massive stone fireplace. It extends a full three stories. See the railings of the balcony? That is where our dinner was served, with a view out across the foothills, with Mt. Jefferson framed in the distance. 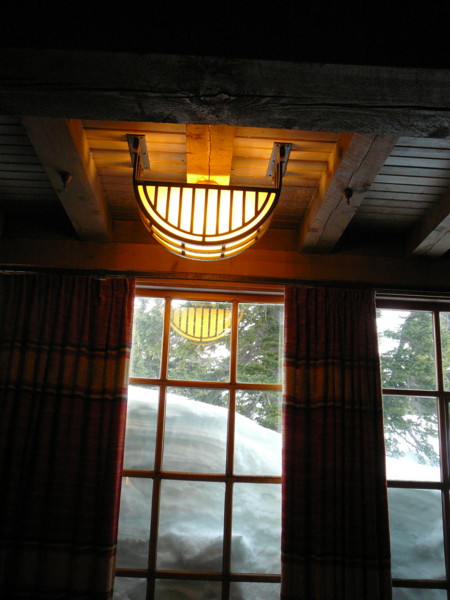 Even more refined than the downstairs, every detail has been wrought by the hands of an accomplished artisan. Here I show you one of many light fixtures, and the warm, cozy glow it casts upon the timbered ceilings and walls, in contrast to the snow piled up outside the window. Remember that this is late March. In January, the snow would have covered the windows entirely. Paintings by C.S. Price hang on many of the walls. 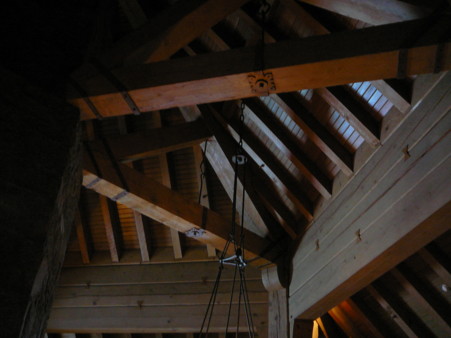 Seated in the Ram’s Head Lounge, we were closer to the heavily beamed ceiling, and spent considerable time speculating “How did they DO that?” 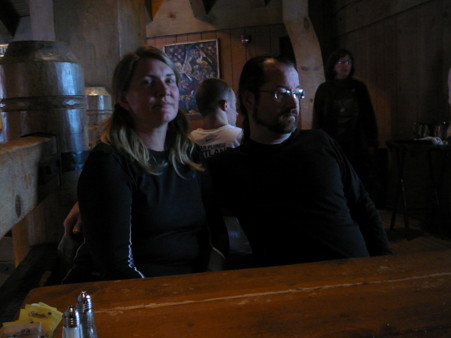 The whole expedition to the mountain was prompted by a visit from San Francisco by daughter Hillary and her boyfriend Chris. When she emailed me about this as a desired destination, it surprised me, because as children, my two wanted nothing to do with the cold…both beating hasty retreats to warmer climes at the earliest opportunity. My attempts to propel them into nature were largely exercises in futility. Guess the seeds I planted years ago have finally decided to sprout. Thanks, Hillary, for instigating a visit to one of my favorite places on earth, right in our back yard.