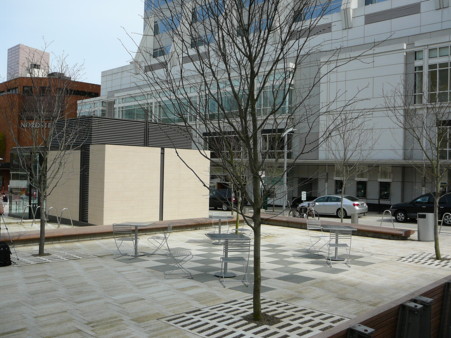 This park has been a long time coming. It exists in the core of downtown Portland (that white building in the background is the Fox Tower and the brick building off to the left is Nordstrom). The original plan, when the city was in the planning stages, was for a corridor of greenspace to run the full length of the city, north to south. A stretch of park blocks runs from the performing arts center several blocks through Portland State University. It is lush with trees and grass and plantings.  Interrupted by several blocks of commercial buildings, the parks pick up again and run a few blocks north. In the last few years new interest and political will emerged to try to connect the two ends. 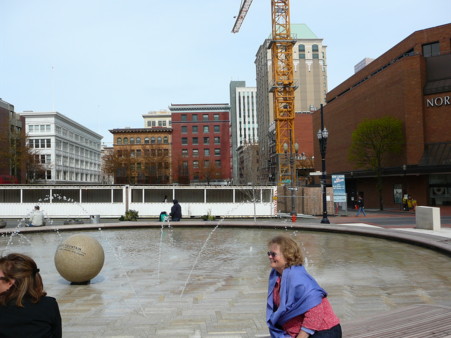 The crane in the background is evidence that the next block will sprout a new skyscraper if and when the economy recovers. Still, we are one park closer to the continuous strip envisioned by Portland’s founding fathers. 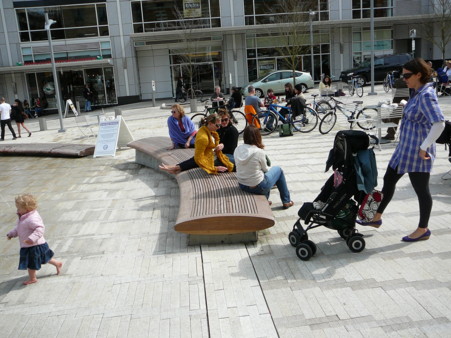 Is there anything cuter than baby toes? The little girl on the left bared hers to splash in the fountain while her mom looks on. The benches are, to my mind, the nicest feature of the park…very sculptural. 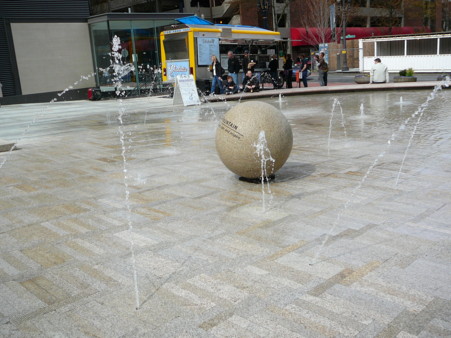 Portlanders love their fountains. This one is a wide circle with more of that curved bench bordering the deeper end in a huge semicircle. Random jets shoot into the air around the large granite ball at stage center. 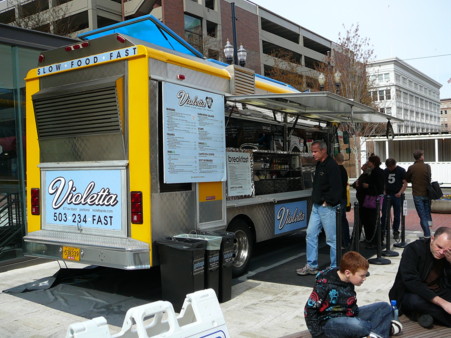 We are also enthusiastic about our food carts. This one serves up an unusual assortment of fries to go with gourmet burgers. 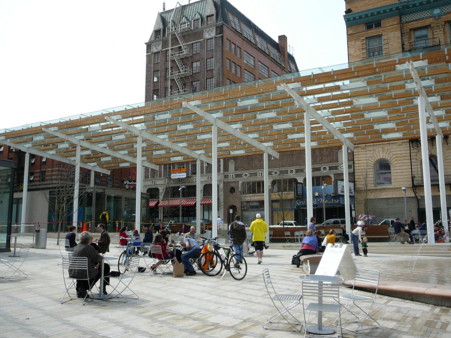 A soaring glass roof covers at least a quarter of the area, so we can loiter even on drizzly days. 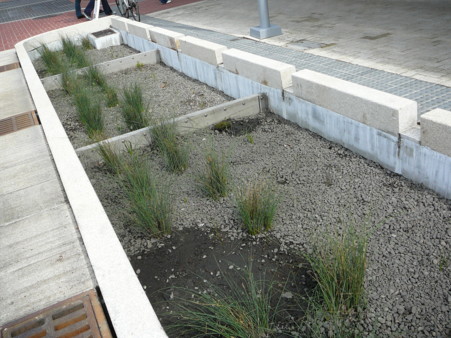 From sidewalk to sidewalk the area is paved with whitish granite, with a few planters built in. This strikes me as a pretty lame excuse for a planting. Maybe there is a vision at work, but I just don’t see it. What do you think? 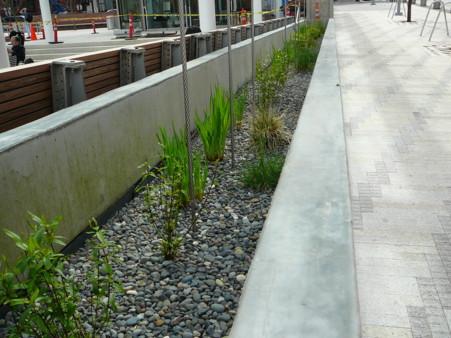 Narrow, elevated planters run along the west side of the space. Those are the backs of more benches rising above the concrete on one side. It’s early, I know, but this planting strikes me as lacking in imagination. With all the granite and the Fox tower looming overhead, my impression is of blindingly white, coldly impersonal space crying out for the softening influence of lush plantings. Architect friends disagree, and think it is just swell. I can’t wait to read your comments!